The Day I Was Not Born

In Buenos Aires, 31-year-old Maria runs up against a long-kept family secret whose origins go back to the time of the Argentinean military dictatorship.

During a stopover on her way to Chile, 31-year-old Maria recognizes a lullaby in Buenos Aires. Maria doesn't speak a word of Spanish, but without under­standing what she is singing she remembers the Spanish lyrics. Disturbed and confused, she breaks off her journey and wanders through the unfamiliar city. On the phone to Germany she tells her father, Anton, about her experience and the peculiar fascination the unfamiliar city has on her. Two days later, Anton suddenly turns up at Maria's hotel with something to confess; Maria spent the first three years of her life in Buenos Aires during the military dictatorship at the end of the seventies, until the people she had always thought were her parents adopted her and brought her to Germany. Father and daughter begin a journey together in search of Maria's biological parents. Anton does everything he can to not lose his daughter. Unmasked as a liar, Anton fights to the end for the love of his daughter – the daughter who has lost her old identity and is, herself, fighting for the truth. 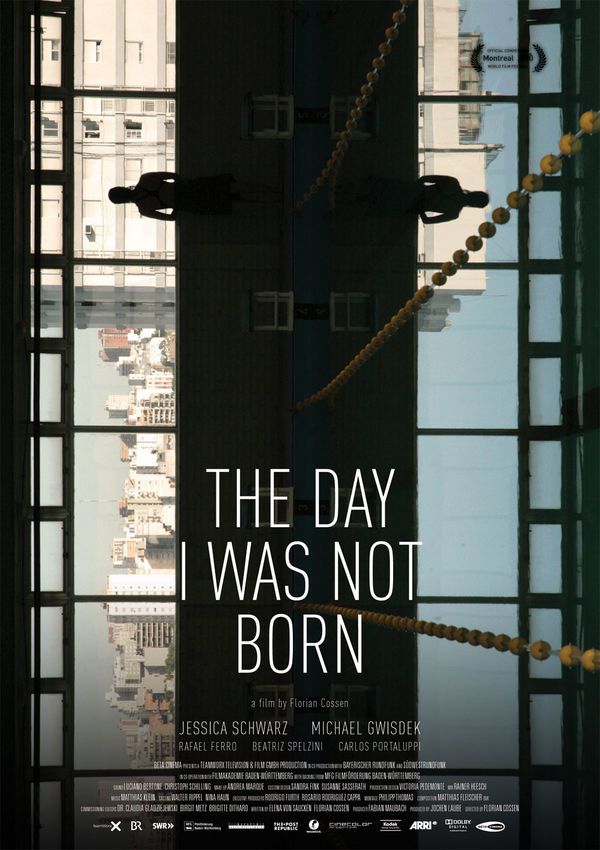 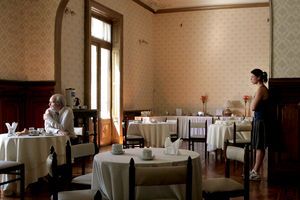 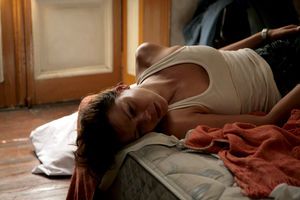 Bottom Line: This gripping, beautifully calibrated German drama about a young woman reeling from a shocking revelation about her past marks a memorable directorial debut.Easily the strongest competition entry at this year's Montreal World Film Festival, the German drama "The Day I Was Not Born" is one of those quiet movies that comes out of nowhere and leaves you breathless. The story of a young German woman who discovers that she was adopted by the people she thought were her birth parents, this devastating, masterfully calibrated film marks a stellar directorial debut from 31-year-old Florian Cossen. The film picked up prizes in Montreal and is likely to do so elsewhere on the festival circuit. With a compelling story that seamlessly blends personal and historical themes, matched by dynamic, sensitive camerawork, "The Day I Was Not Born" would be an ideal foreign release in US cities.The film opens as Maria
rising German star Jessica Schwarz

before boarding a plane for Argentina. The event that sets the film in motion comes when Maria is in the Buenos Aires airport and overhears a woman singing a Spanish lullaby to her baby. In an extraordinary, shivery moment, Cossen films his leading lady up close as she mouths the words, a mix of horror and wonder playing out across her face as she seems to remember a song she doesn't consciously know. Then a series of jump cuts shows a panic-stricken Maria in the bathroom, gasping for air between sobs as she splashes water on her face. We're not yet sure what exactly is going on, but the director
who also co-wrote the screenplay

creates a potent sense of anxiety surging unexpectedly to the surface. This initial mystery of "The Day I Was Not Born" – that Maria was in fact adopted by a German couple in Argentina – is dispensed with quickly. The circumstances surrounding her adoption start emerging gradually when the stern, slightly distant man Maria always believed was her biological father shows up unannounced at her hotel in Buenos Aires. The film chronicles the fragmentation of Maria's sense of identity upon learning of her adoption, and the reconstruction of an identity as she tracks down blood relatives in Argentina, trying to figure out where she came from. It is also about a father and daughter whose relationship unravels because of some very painful secrets and lies. The scenes between Maria and Anton are written with an exquisite sense of nuance, and played with such unsentimental grace by Schwarz and Gwisdek that you feel like you're watching a slow dance of resentment, regret, and tenderness.Beatriz Spelzini and Rafael Ferro deliver excellent supporting turns as Maria's Argentinian aunt and a Buenos Aires cop named Alejandro, who becomes her lover. It is a measure of the film's intelligence that even the obligatory romance is handled with subtlety and purpose. The film's one sex scene, in which a naked Maria and Alejandro embrace in a pitch-black hotel room illuminated every few seconds by flashing lights outside, is one of its most gorgeous moments."The Day I Was Not Born" has a sumptuously grainy look, and Cossen shoots in a fluid, realistic style, using his camera to reflect the restlessness of a character searching for her roots in a country that is at once totally new and eerily familiar. He also displays a keen sense of place on both large and small scales; Buenos Aires comes through vividly as a city of swirling sights and piercing sounds that somehow seem even more present from inside the airy, classic hotel rooms that Maria and her father occupy.This kind of film could easily have veered into melodrama or gotten sidetracked by the historical or political subtexts. But "The Day I Was Not Born" is a model of restrained, economical storytelling
it runs a compact 92 minutes

that examines hefty themes – betrayal, family, forgiveness – without making a wrong step. It's a stoic movie about stoic people, their silences, and the price they pay for those silences, but the choked emotion of the ending hits you hard. And it signals the arrival of what could be a major new voice in current European cinema
THE HOLLYWOOD REPORTER

“We have chosen to award Florian Cossen's feature length debut “THE DAY I WAS NOT BORN” for its economical storytelling, emotional restraint and the perfect blending of personal and historical subject matter. We were particularly impressed with the filmmaker's ability to deal with subjects like betrayal, identity and family in an intimate and quiet manner. We also admired the way he used his camera to reflect the restlessness of the protagonist as she navigates a major turning point in an unknown environment and language”.
FIPRESCI Prize - Jury Statement

"A 'little' story that lets us discover 'big' history … superbly interpreted by Jessica Schwartz … THE DAY I WAS NOT BORN is directed in a measured pace, with contained intensity and an extreme emotional precision. No fussiness or pathetic tear-jerking, but controlled outbursts – anger and suffering unfold brutally but not permanently. The scenario is pitch-perfect, with everything happening when it should and how it should, whereby the foreseeable and the obstacles are avoided. For its intelligence and aesthetic, this film surely deserves a well-publicized international release. Florian Cossen does not play the card of sensationalism or condescendence, but offers a judicious mix of facts and emotions, of questions less metaphysical than simply human: What is my story? How far back does memory go? Must we ask about everything, and must we want to know everything?"
VOIR 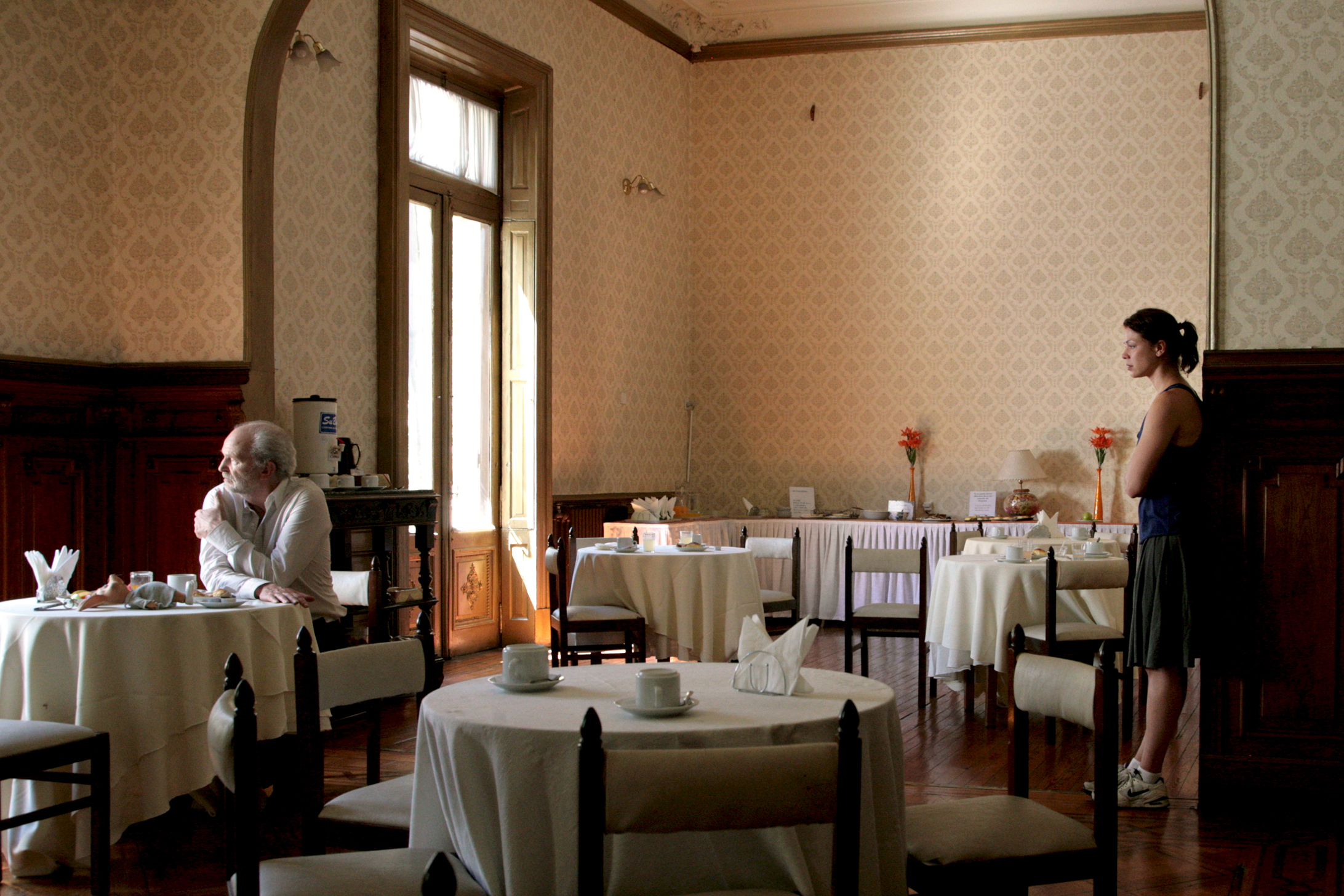 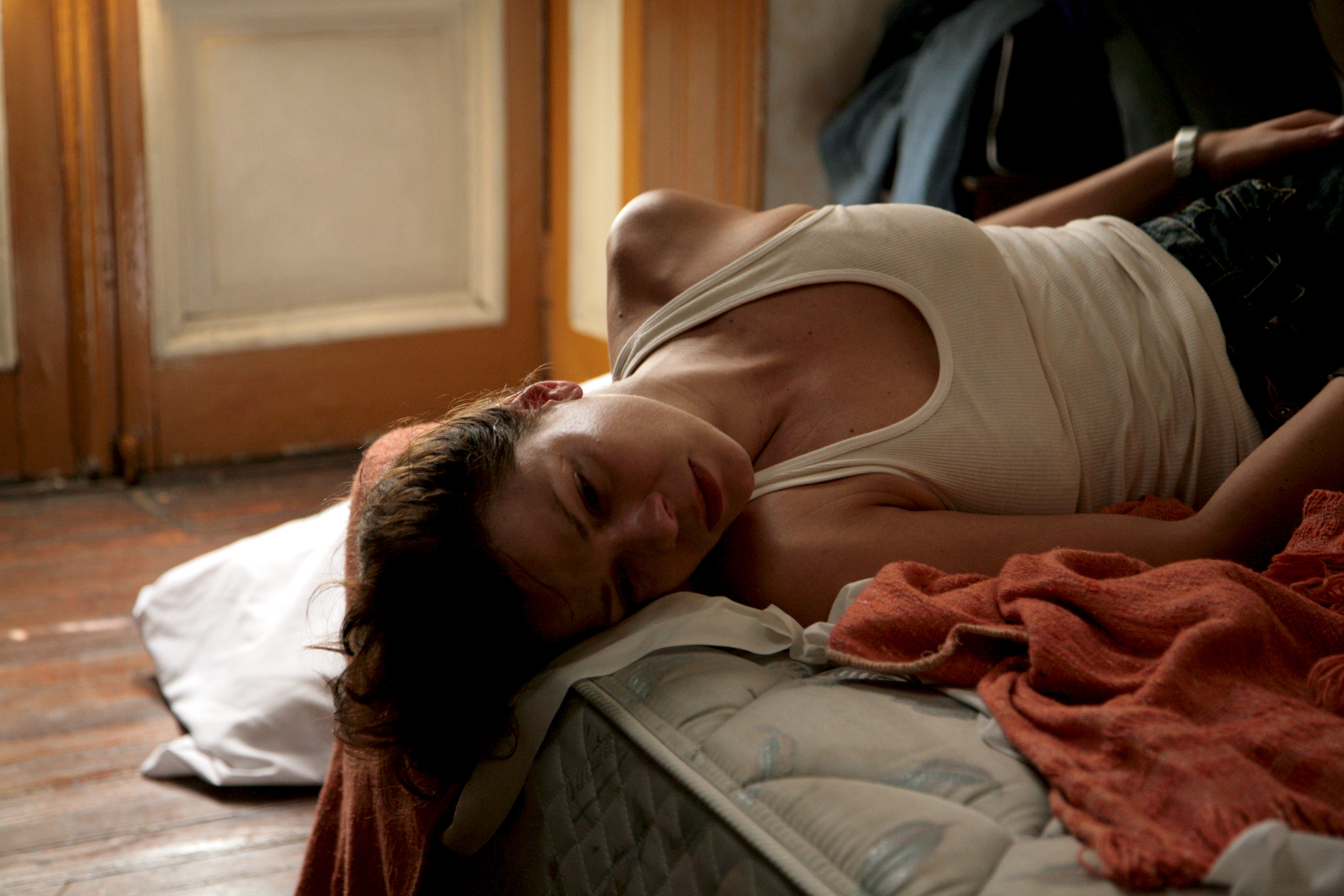