An intimate look at a visionary artist, seen through a congenial montage of archival sources he appeares more relevant than ever before.

Joseph Beuys, the man with a hat, the felt, and the “fat corner”. Thirty years after his death he still seems to be a visionary, way ahead of his time. Back then he was trying to patiently explain how “money shouldn't be a commodity.” He knew that money trade would undermine democracy. But there is more. Beuys boxes, parleys, lectures and explains pictures to a dead hare. He asks with a grin: “Do You Want a Revolution Without Laughter?“ His expanded concept of art leads him smack in the middle of socially relevant discourse, even today. A congenial montage of countless, previously untapped visual and audio sources, director Andreas Veiel and his team created a one-of-a-kind chronicle: BEUYS is not a portrait in the common sense but an intimate look at a human being, his art and his world of ideas. 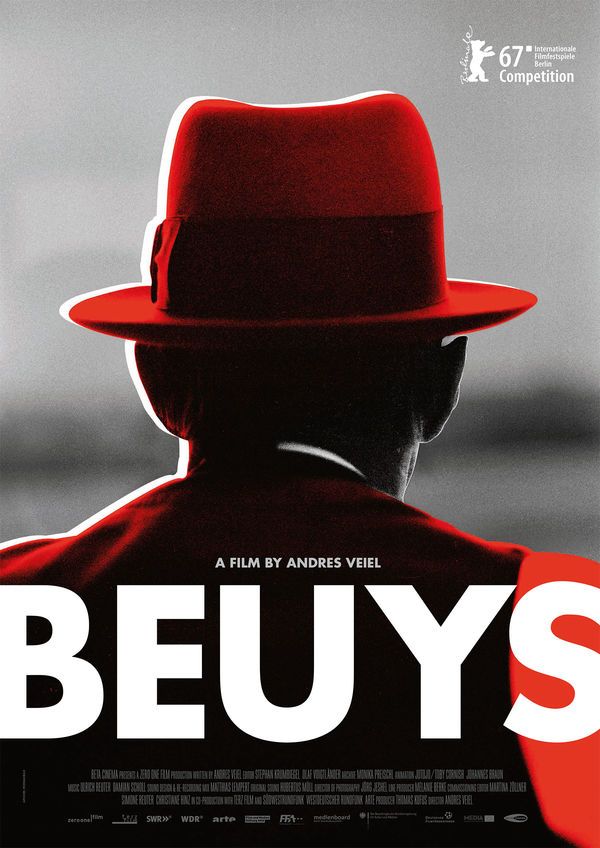 Genre / Language / Length
Documentary / German / 107 minutes
Original title
Beuys
directed by
Andres Veiel (IF NOT US, WHO?)
produced by
zero one film in co-production with Terz Filmproduktion, SWR/ARTE and WDR
Cast
Download 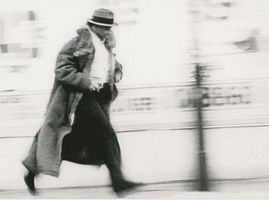 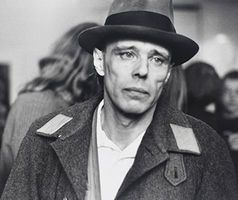 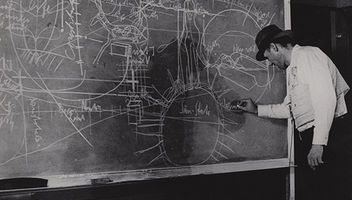 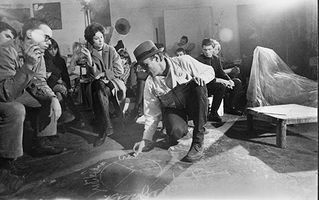 "An exhilarating portrait of a unique truth-teller. Makes a strong case for Beuys, emphasizing the social conscience at work in his art."
THE NEW YORK TIMES

“Introduce[s] you the raw presence of the artist... familiarizing you with the living, breathing, mystical force of nature of Joseph Beuys. The artist is often christened as Germany's most important artist since World War II, and with good reason — he pioneered new definitions of performance art, political activism, sculpture, installation, and art pedagogy in the war's wake, and they are still widely emulated today.”
HYPERALLERGIC

“The most extensive revisiting of Beuys' art and life for a general public.”
ART NEWSPAPER

“Andres Veiel's largely archival documentary... is one for the ages, and not to be missed. Joseph Beuys [is] arguably one of the most relevant and revolutionary forces in modern and post-modern art in the 20th century.”
FILMMAKER MAGAZINE

“Explores, through poignant photos, archival film footage and interviews, and commentary from peers and colleagues, the legacy of this passionate and polarizing artist.”
NEW YORK OBSERVER

"Fascinating. Most art world insiders would rate Beuys as the most significant artist of the post-war period.”
SCREEN DAILY

“Seeing [Beuys' installations] as they were created, or with the artist in the room, makes them come alive.”
VARIETY

, one of the most influential artists of the last century, whose innovations, especially in the realm of performance art, are responsible for the work of today's big names like Ai Wei Wei and Marina Abramovic.”
FILM JOURNAL INTERNATIONAL

“A major pioneer. Widely understood to be the most important German artist of the post–World War II period. His influence is comparable to that of the American artist Andy Warhol.”
THE MUSEUM OF MODERN ART

“One of the most extraordinarily influential and transgressive figures in the art of the second half of the 20th century.”
GUGGENHEIM MUSEUM BILBAO 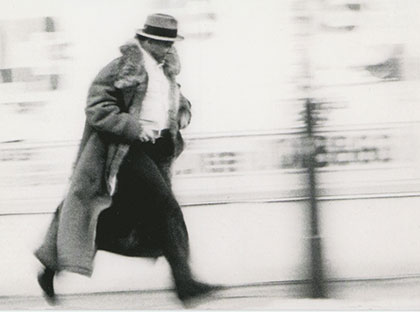 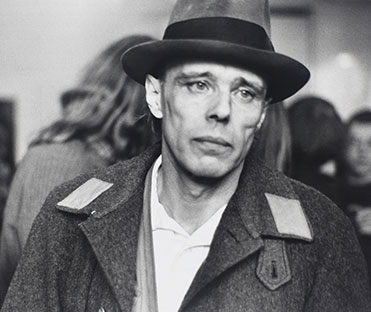 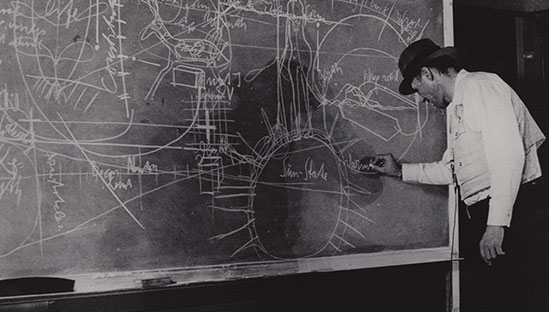 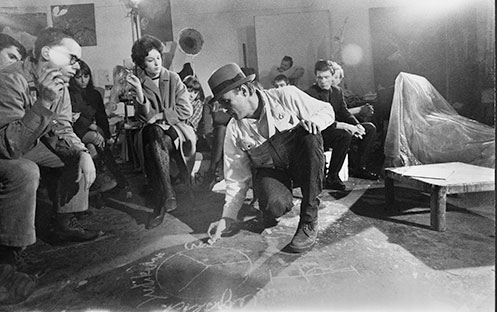