In 19th century Romania, Costandin (50), a policeman of the time, and his son Ionita (15) travel through the south of the country in search of a fugitive Roma slave. Costandin is a charismatic mixture between a funny Stalin and a somewhat more pragmatic Don Quixote. While Ionita seems to be quite the opposite: more like Dostoyevsky's ”Idiot”, finding himself in the unfortunate situation of having to settle his inner turmoil while riding, holding a sword or a gun. Their road speedily winds through exotic landscapes and meeting hundreds of secondary characters, rendering a surprise in every scene. All of this is pictured with infectious humor and stirring cynicism, while keeping the authenticity of the age, in an ingenious Western in a wild-wild East never yet captured on film. 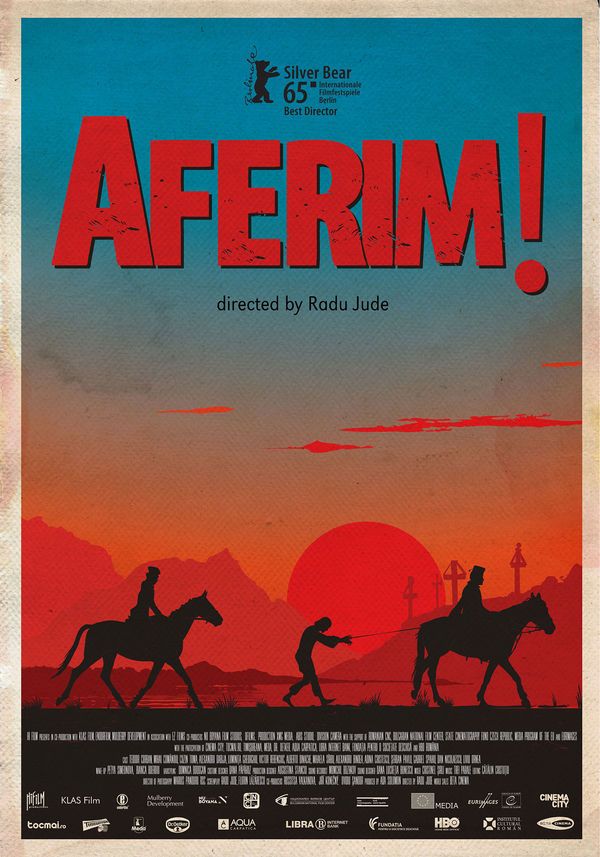 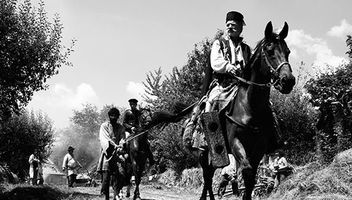 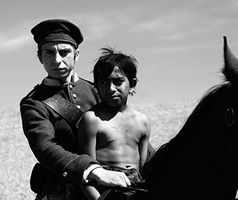 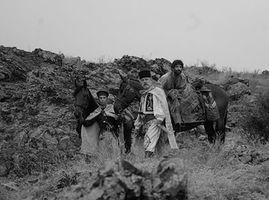 Romania's answer to 12 Years a Slave is surprisingly, savagely funny.
THE HOLLYWOOD REPORTER

An unambiguous, resonating critique of the country's shameful treatment of its Roma minority… stylish, full of nuance and commentary… invites an intellectual judgment.
SCREEN

Their banter might not seem out of place in a Quentin Tarantino movie. Indeed, the informal chatter
…

bears some echoes of the Jules-Vincent hitman banter at the start of "Pulp Fiction."
Eric Kohn, INDIEWIRE

So intricately textured, well observed and meticulously researched… the film seems to combine the best pleasures of historical romp, road movie and western… makes you gasp and laugh despite yourself.
SIGHT & SOUND

But really, what makes "Aferim!" such a unique cinephile experience is that you get to say, truthfully, that you've seen a black and white, period Romanian art-house movie that intelligently dissects and contextualizes the historical roots of racism, and no one need ever know you've just had a blast.
THE PLAYLIST

Some have said that Jude's film is his country's answer to “12 Years a Slave,” though in its biting humor and baroque flourishes it equally calls to mind everything from “Blazing Saddles” to the early films of Emir Kusturica. By any measure, it's unlike any Romanian film you've ever seen before.
Scott Foundas, VARIETY 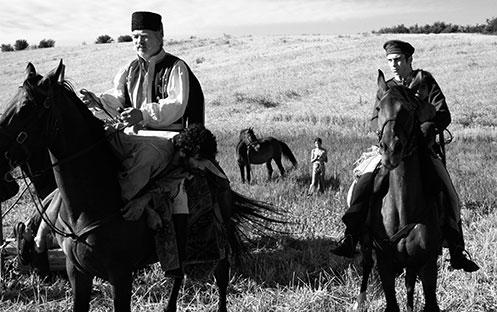 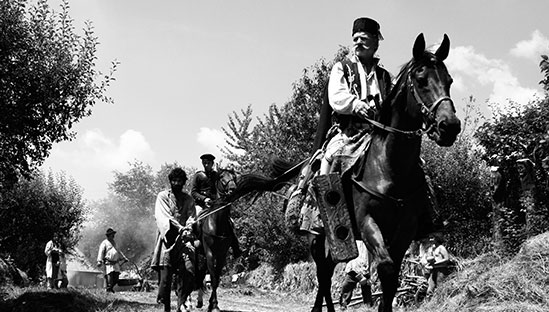 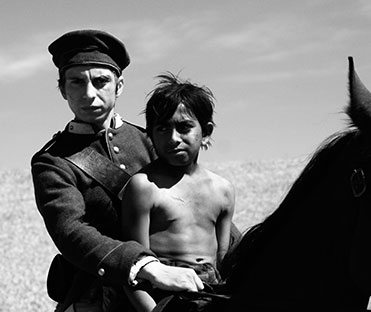 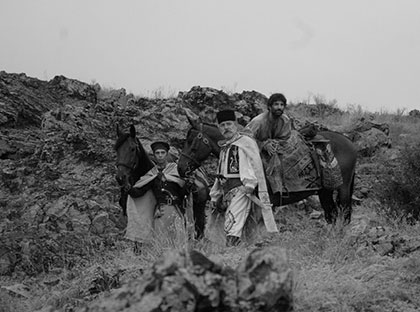