WINNER of 9 GOYA AWARDS (including Best Film, Best Director and Best Actress) In post war rural Catalunya a boy discovers two buried bodies in the woods. With his father being wrongly accused of the murder, the boy sets out to find the real killers.

11-year-old Andreu witnesses the last few seconds in the lives of a little boy and his father. The boy's last word is “Pitorliua”- the name of a mysterious ghost living in a cave in the woods. The local police, investigating the bodies that lie below the cliff in the woods, initially label it an accident but soon come to see it as murder. The only suspect is Andreu's father Farriol. Andreu's world begins to fall apart. His beloved father and hero goes underground to hide from the police and his exhausted mother is forced to work extra hours in a run-down factory just so they can survive. To keep him safe, Andreu is taken to live on a farm in the country where his grandmother and her daughters - widows of the war - find their own way to survive through tough times with his cousins. Here he is faced with the grim realities of a post-war country for the first time. To cope with his feelings of fear and loss, he creates a fantasy world, made up of his menagerie of birds, local myths and legends and a risky but rewarding friendship with a contagious boy living with other similarly infected people in a convent, isolated from the rest of the village. Yet Andreu cannot escape reality for long. When the police make it clear that they are not searching for other suspects, he decides to find the real killer… 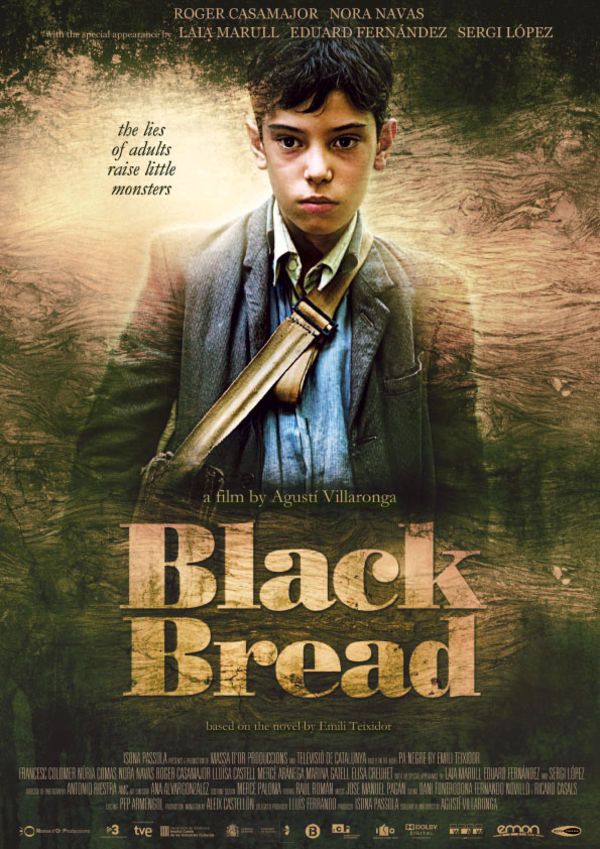 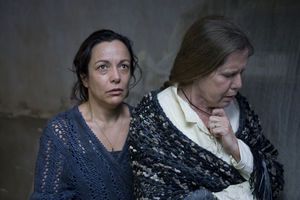 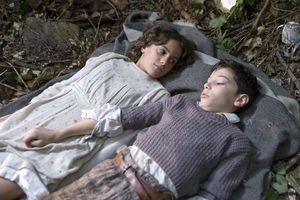 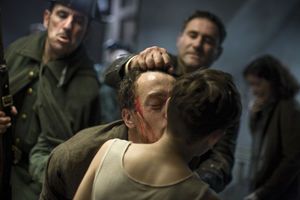 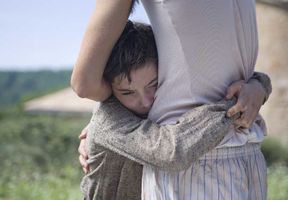 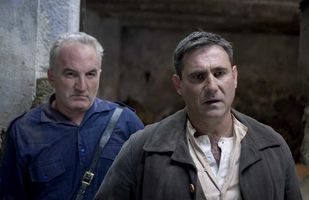 “Augusti Villaronga's moody and atmospheric tale of dark goings on amongst peasants and village officials in post Civil War Catalonia is an impressive piece of storytelling as it blends a child's tough coming-of-age with murderous secrets amongst the grim adults. Its visuals in amidst the verdant and at time frightening forests of Catalonia help give this gripping period drama a real sense of location as it delves into lies and secrets in amongst the community. Add to this a splendid lead performance by young Francesc Colomer and you have a film that could well attract distributor interest. The film - based on Emili Teixidor's novel – is stunningly mounted, with strong production design and cinematography”.
SCREEN INTERNATIONAL

“Further titles of interest in the competition program include Agusti Villaronga's “Black Bread,” a historical film based on several Catalan novels with a remarkably complex vision of a child's loss of innocence just after the Spanish Civil War. … “Black Bread” is aided by a fantastic lead performance by a young unknown, and his destiny may be shaped by forces beyond his reach, but his coming to terms with his destiny is filtered entirely through his own persona, even if he is still very much in development. “Black Bread” has one of the most jaw-dropping prologues in recent memory, in which a horse-drawn cart is pushed off a vertiginously high cliff, and both the horse and vehicle rebound against the steep cliff several times on the way down before landing in the valley. The shocking brutality of the scene - shot without any detectable CGI - is an apt foreshadowing of the brutal coming-of-age in store for young Andrea, whose family was on the losing side in the war. Young Francesc Colomer shows a real talent for nuanced characterization that will hopefully benefit a lot of films and filmmakers in the future.
indiewire.com 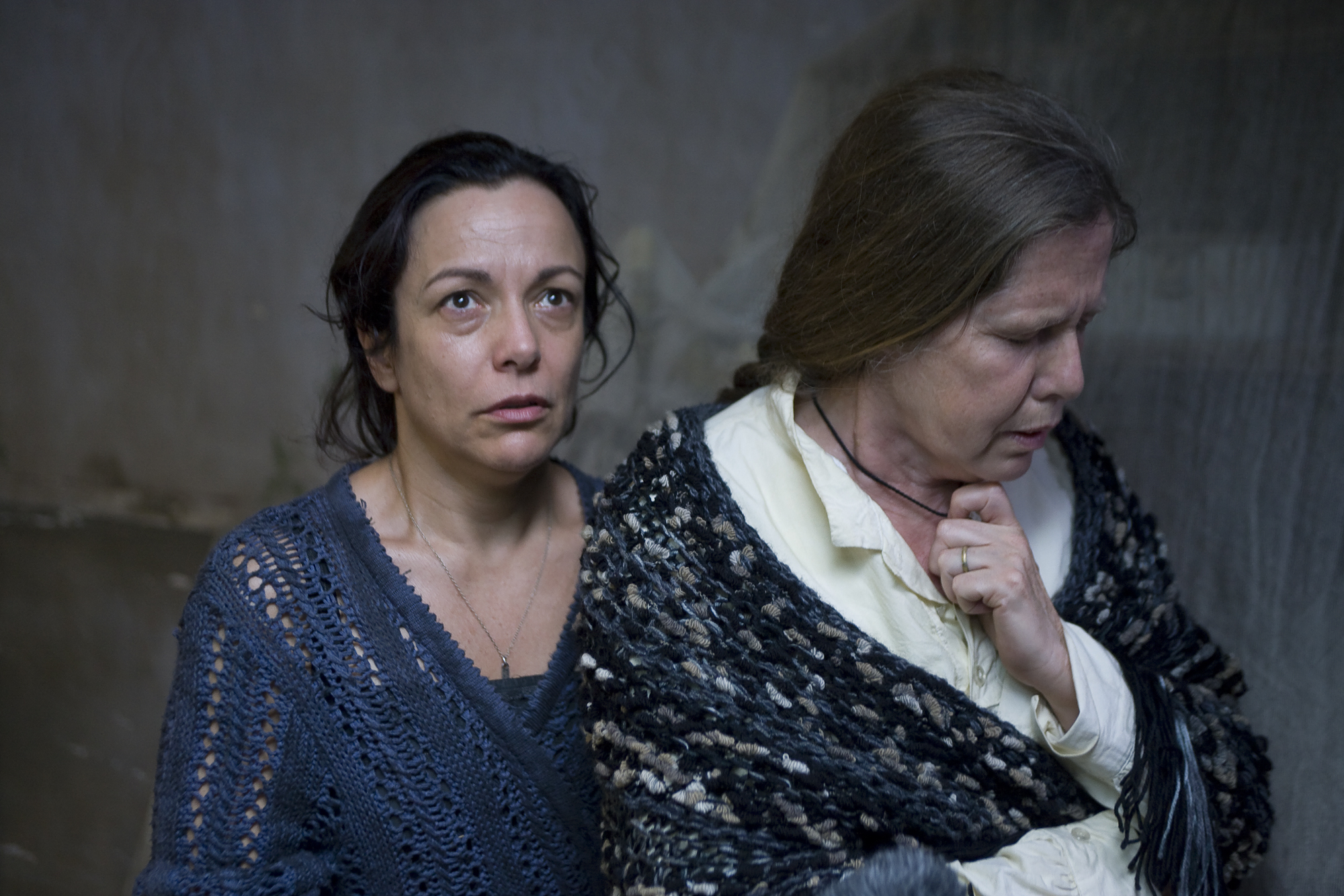 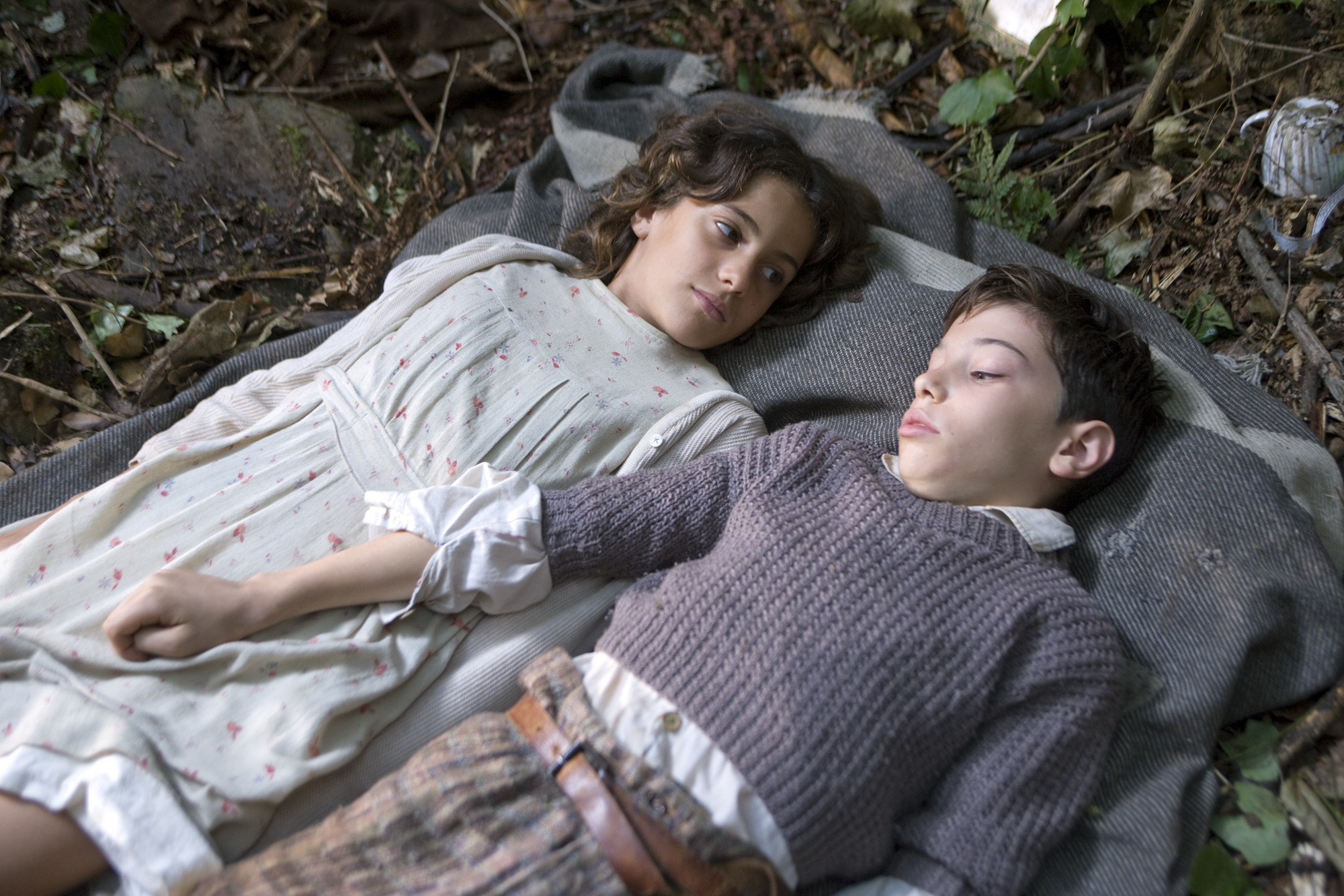 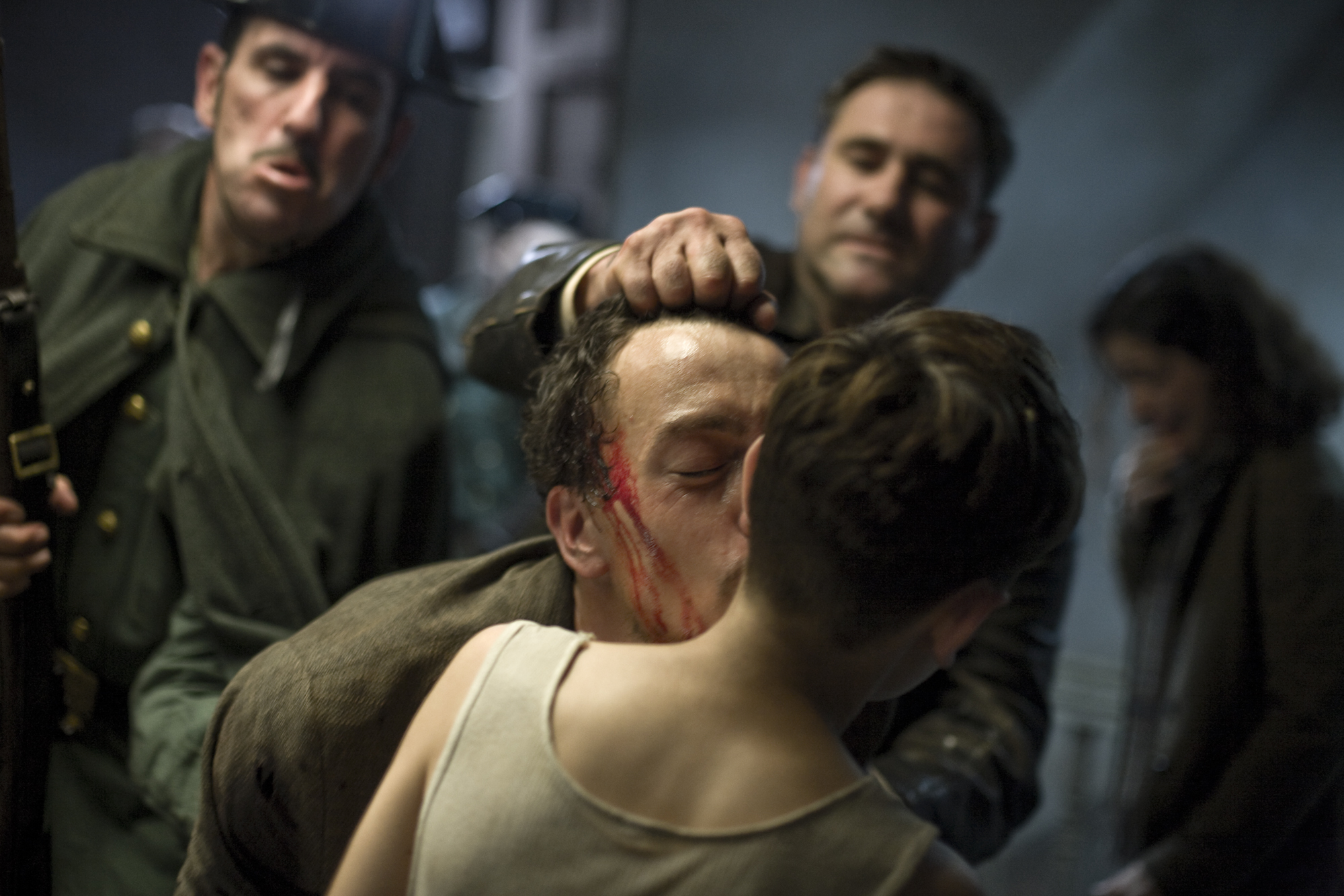 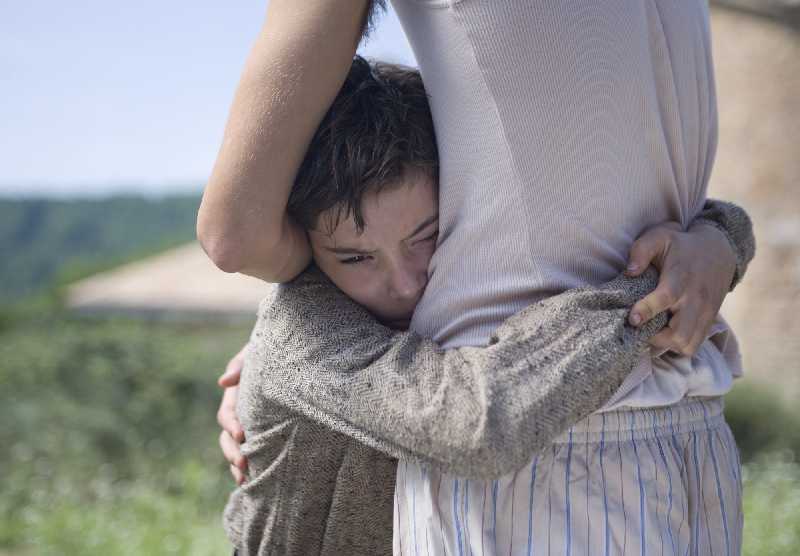 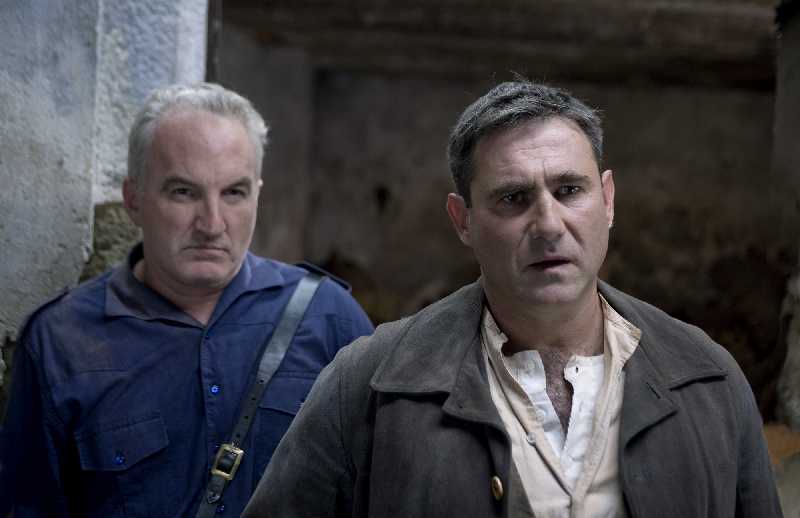 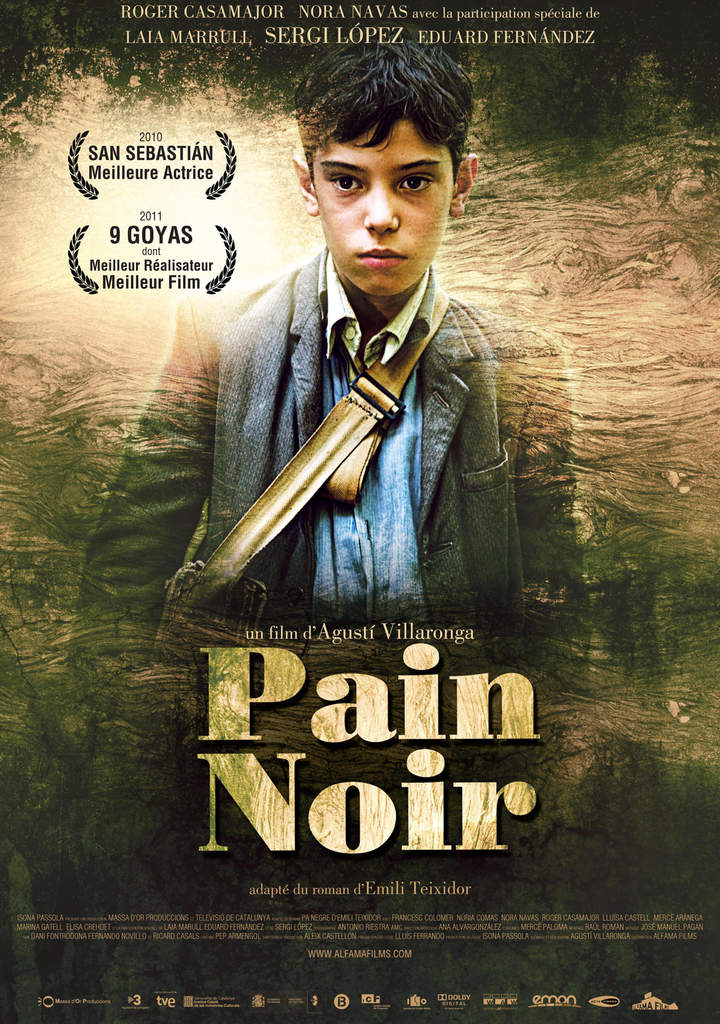