From the producers of PAN'S LABYRINTH and THE ORPHANAGEA young film student seeks to unmask a killer who uses a medieval device to capture the last image seen by a victim at the moment of death.

Capturing fear in one single photo is a challenging assignment for any young filmmaker. At the F. W. Murnau Film Institute, whose eerie halls recall the sinister world of Dr. Caligari, promising young student Bruno suddenly begins having horrible visions. Frightened and hoping to find at least one person who will believe him, he turns to Arianna, a fellow student and his closest friend. Together they find the cave that he saw in a vision, and discover a strange, helmet-like device. Back home it is immediately stolen under mysterious circumstances. Bruno discovers that the device is part of an infernal machine constructed according to the plans of a 17th- century scientist, who was obsessed with the idea of reproducing images. the scientist brought to light that by killing a person and removing his eyeballs, it was possible to reproduce on paper the last image imprinted on that person's retinas. When one teacher and various classmates begin to die gruesome deaths, Bruno and Arianna know that someone is using the horrifying mechanism and must be stopped. 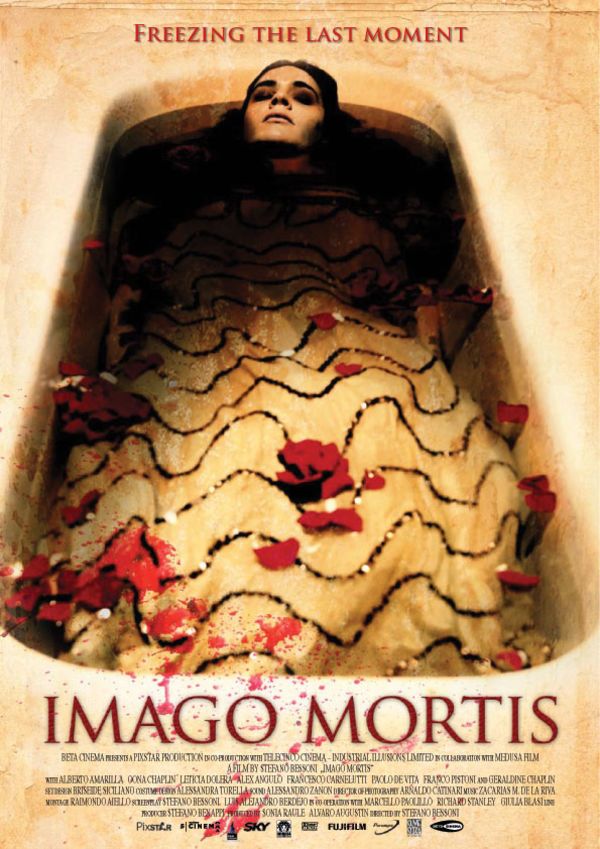 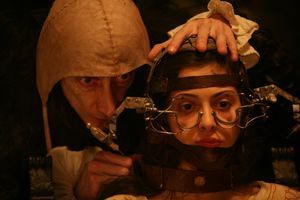 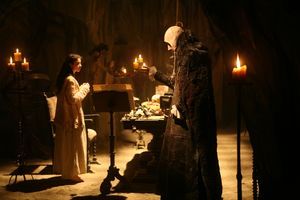 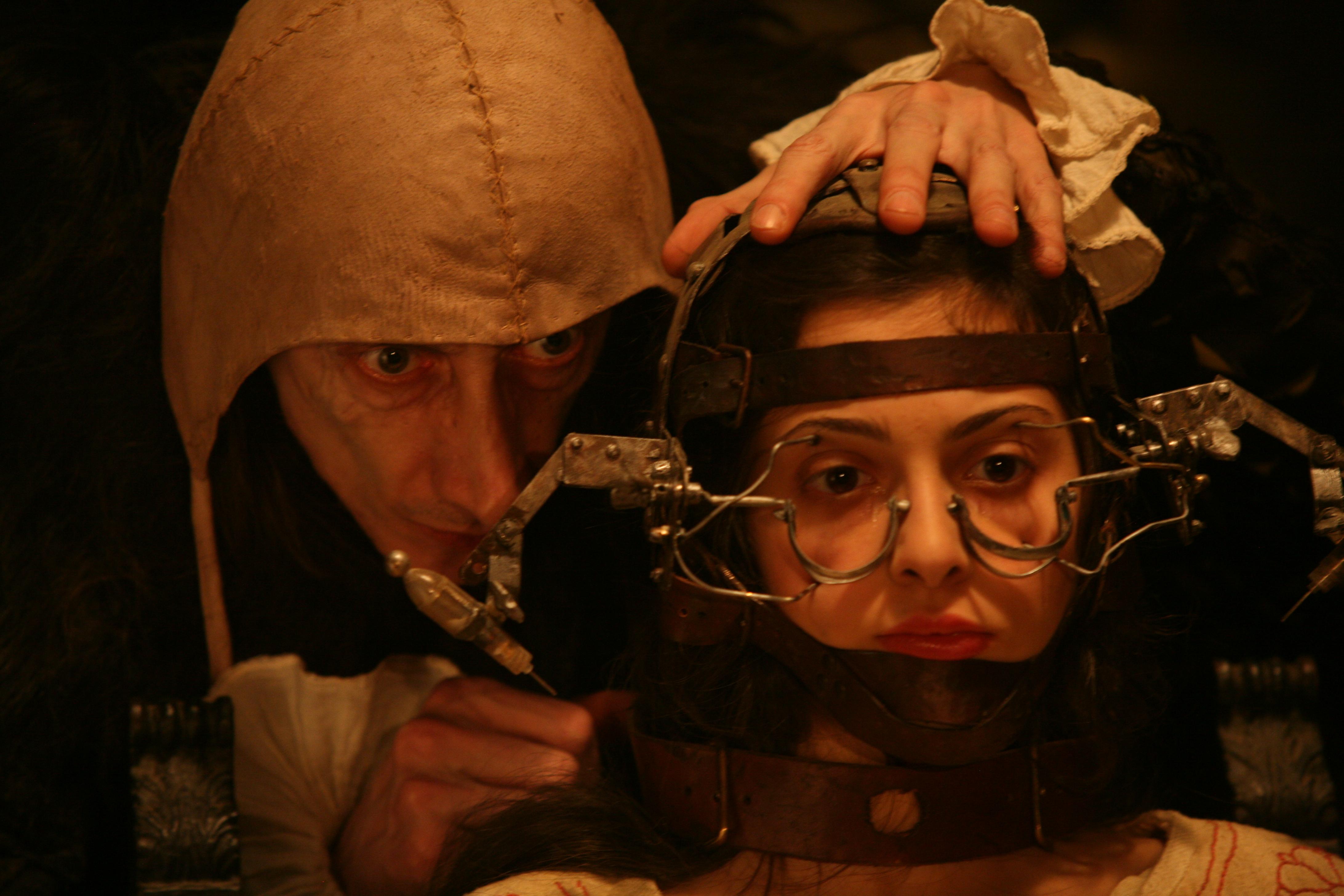