In March, 1943, Lvov, Poland is a beautiful city held in the iron grip of the Nazi occupation. The weak prey upon the weaker; the poor steal from the less poor. Near the bottom of this chain is Leopold Soha, a petty thief. His knowledge of the sewers' intricate maze of tunnels and chambers, in which he hides his loot, has earned him a menial job as a sewer worker. But there is a group of people in Lvov worse off than Soha – the Jews. Crowded into a ghetto, they are being worked and starved to death. Realizing that the ghetto is about to be destroyed, a motley group meet in secret to plot an escape into the sewers.Under constant surveillance, they manage to tunnel down. As soon as they enter this dark netherworld, they are discovered by Soha. The Jews offer him money to hide them. The consequences of aiding Jews are public hanging of the helper and his entire family. But Soha desperately needs this money. In spite of grave misgivings on both sides, they strike a deal. As the Nazis start to liquidate the Lvov ghetto, Soha seizes the opportunity to profit by keeping them hidden and protected from the devastation above.As the pressure to betray the Jews builds, Soha finds himself increasingly in danger, and abandons them to protect himself. But fate and his newly awakened conscience drive him back, and he commits himself to protecting his new "family" at all costs. 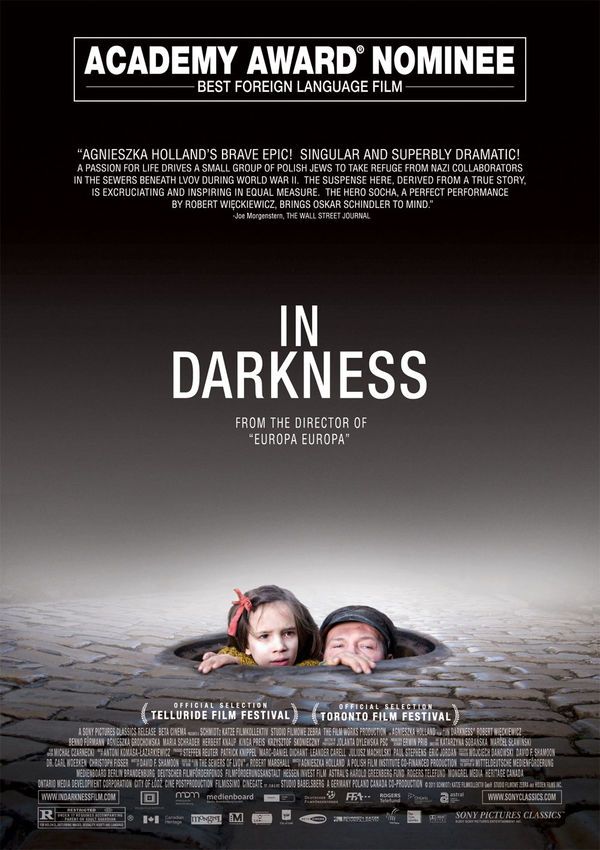 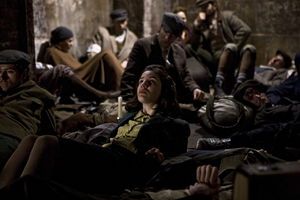 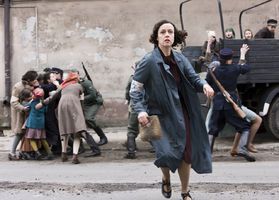 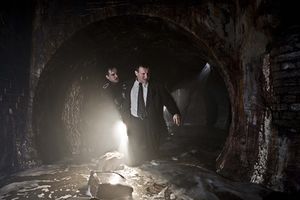 “Agnieszka Holland's epic true-life drama about a Catholic sewer worker who hid Jews in the tunnels beneath a small Polish town during the Nazi occupation is UNSPARING, UNSENTIMENTAL and UNFORGETTABLE.”
Wendy Weinstein, Film Journal International

“In Darkness is gloomy and hard to take, but it's an important film, related with deep conviction, and uncompromising in its understanding of the remarkable things members of the human race have done - to, for, and against each other - in the wilderness of war.”
Rex Reed, The New York Observer

"...the suspense, derived from a true story, is excruciating and inspiring in equal measure.... the story is singular and superbly dramatic, the evolution of an obtuse anti-Semite into a guardian angel."
Joe Morgenstern, Wall Street Journal

"...not a typical Holocaust film.... [veteran Agnieszka Holland's] directing style is cool, almost dispassionate. It's as though she's insisting that, as detailed in David Shamoon's effective script, these horrific events should speak for themselves without special pleading, if they are to speak at all."
Kenneth Turan, Los Angeles Times

.... as wrenching to watch as it is vital to remember."
Elizabeth Weitzman, New York Daily News

"...harrowing, engrossing, claustrophobic and sometimes literally hard to watch, since much of the action takes place in the dim sewers under Lvov, where a roughly a dozen Polish Jews hid from the Nazis for more than a year, tenuously protected by a Catholic worker with no initial reason to help them other than gelt."
Todd McCarthy, Hollywood Reporter

"...as many Holocaust stories as we've seen, this one still has a fresh and important lesson about heroism - and how it has the habit of springing from some all-too-human places."
Stephen Whitty, New Jersey Star-Ledger

has said that she wanted her harrowing and rewarding epic to run long so it would make viewers feel that they're in the sewers as well. In this, she succeeds."
V.A. Musetto, New York Post

"...almost as an answer to Steven Spielberg's 'Schindler's List': Both concern a wartime profiteer who risked his life to save a group of Jewish prisoners, but this one is far from black-and-white in its villainy and heroism…"
Peter Debruge, Daily Variety 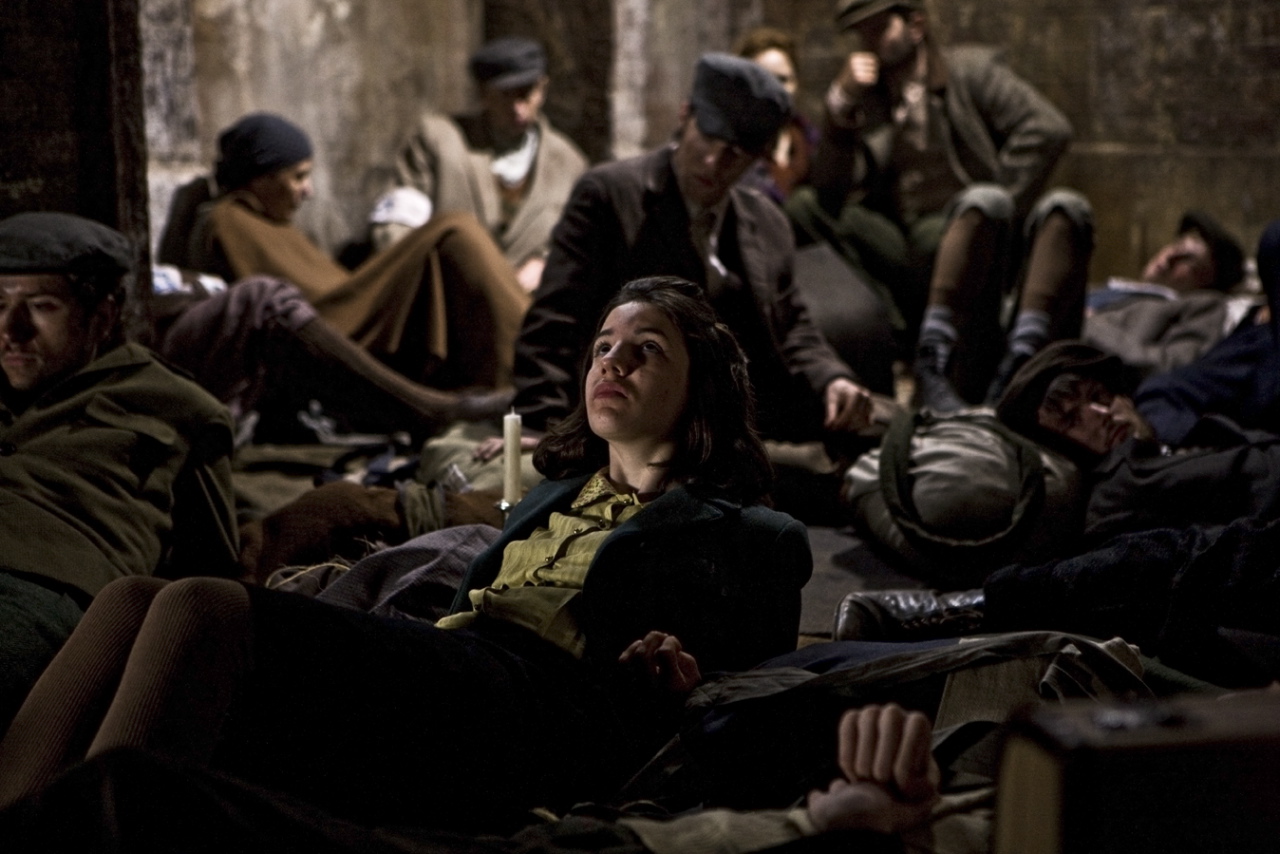 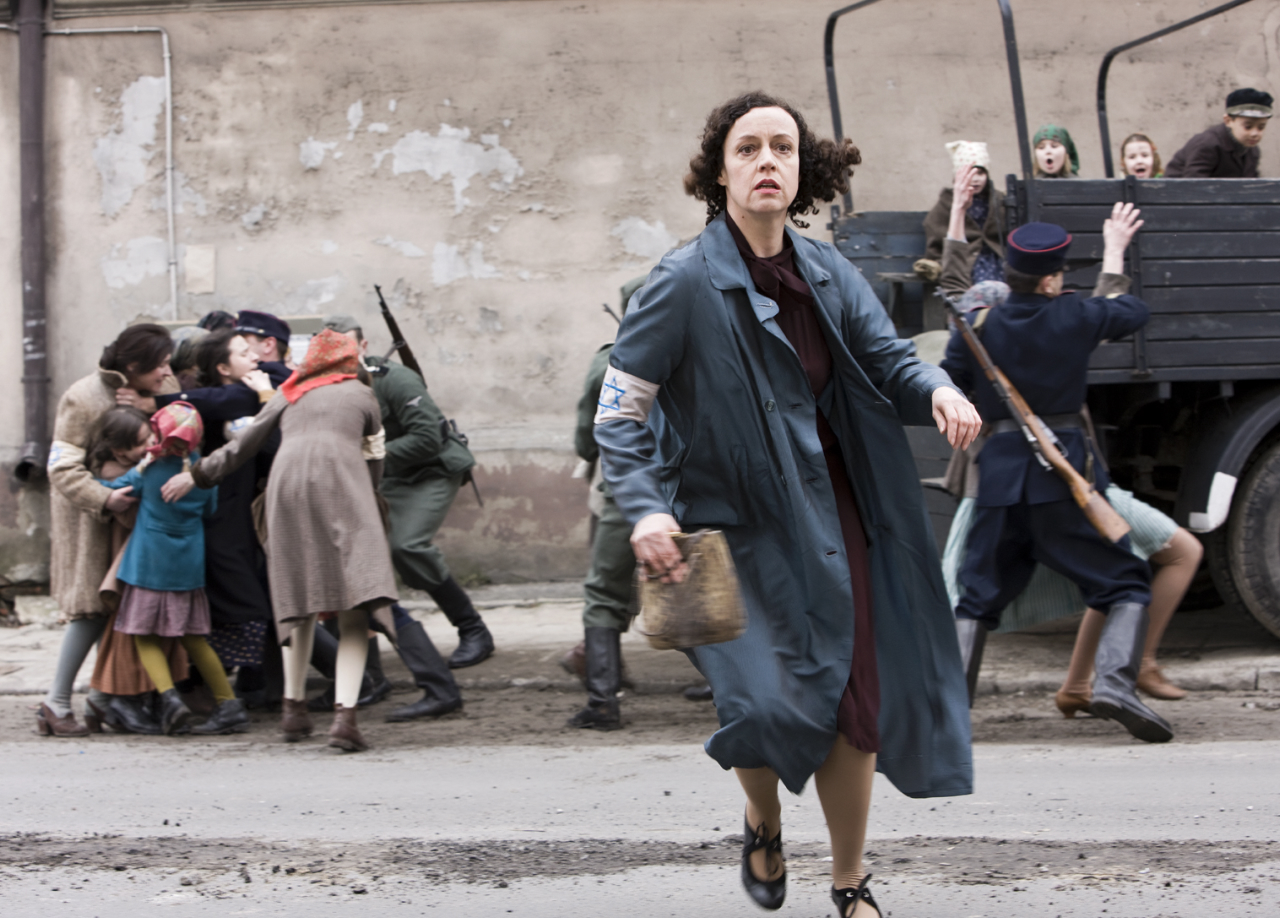 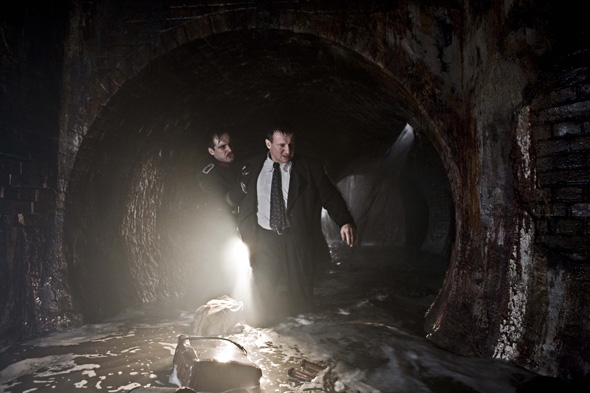 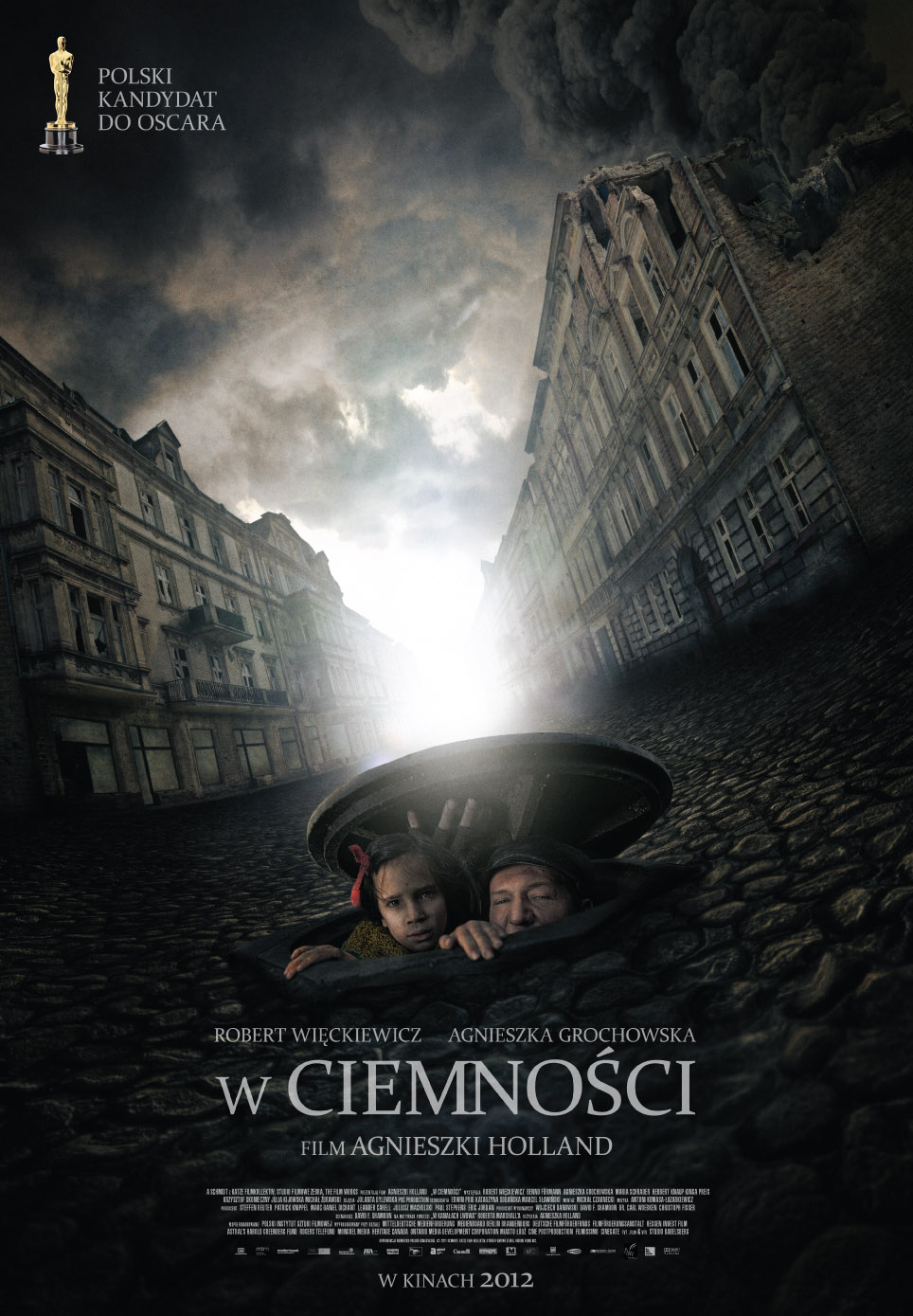 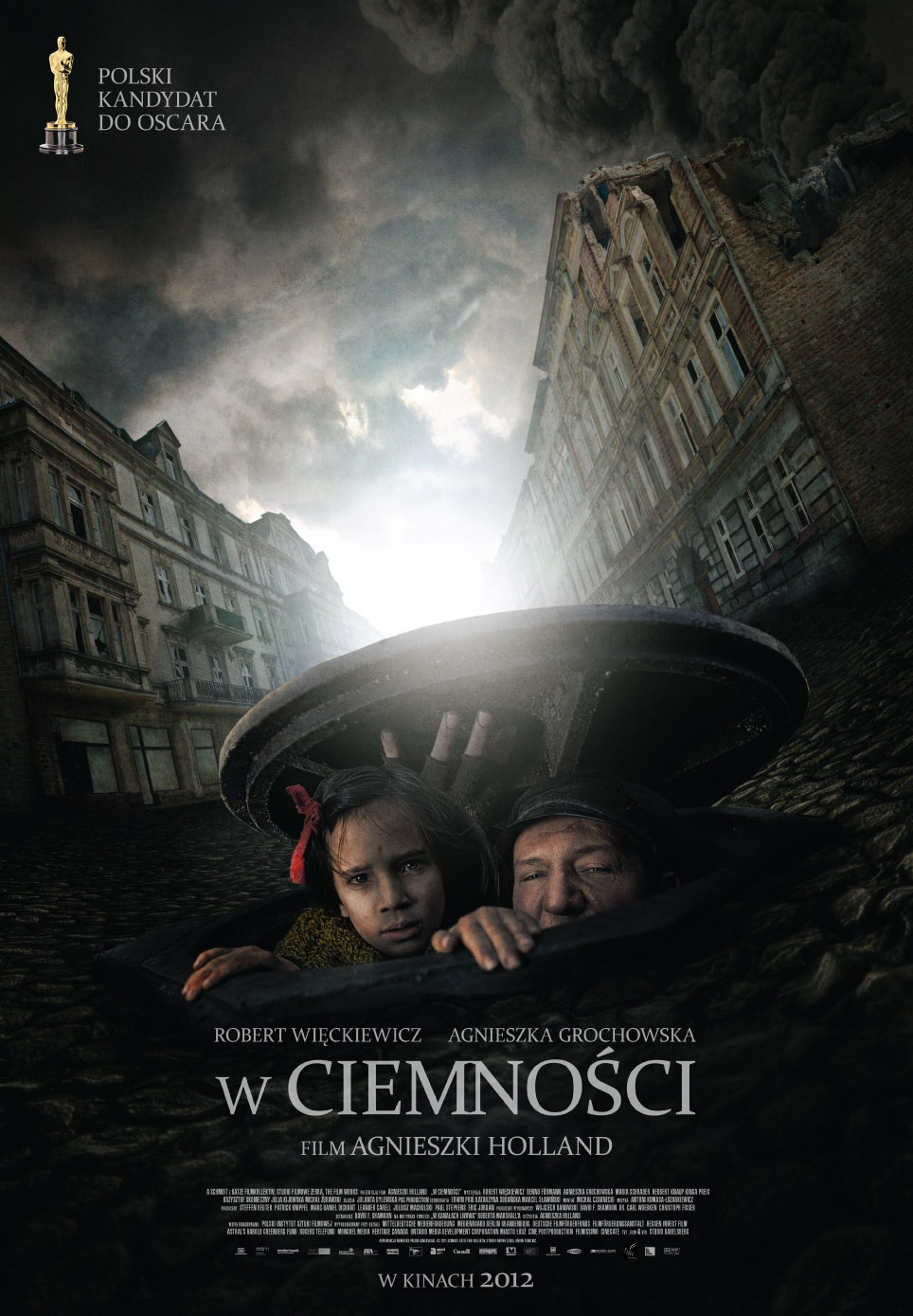 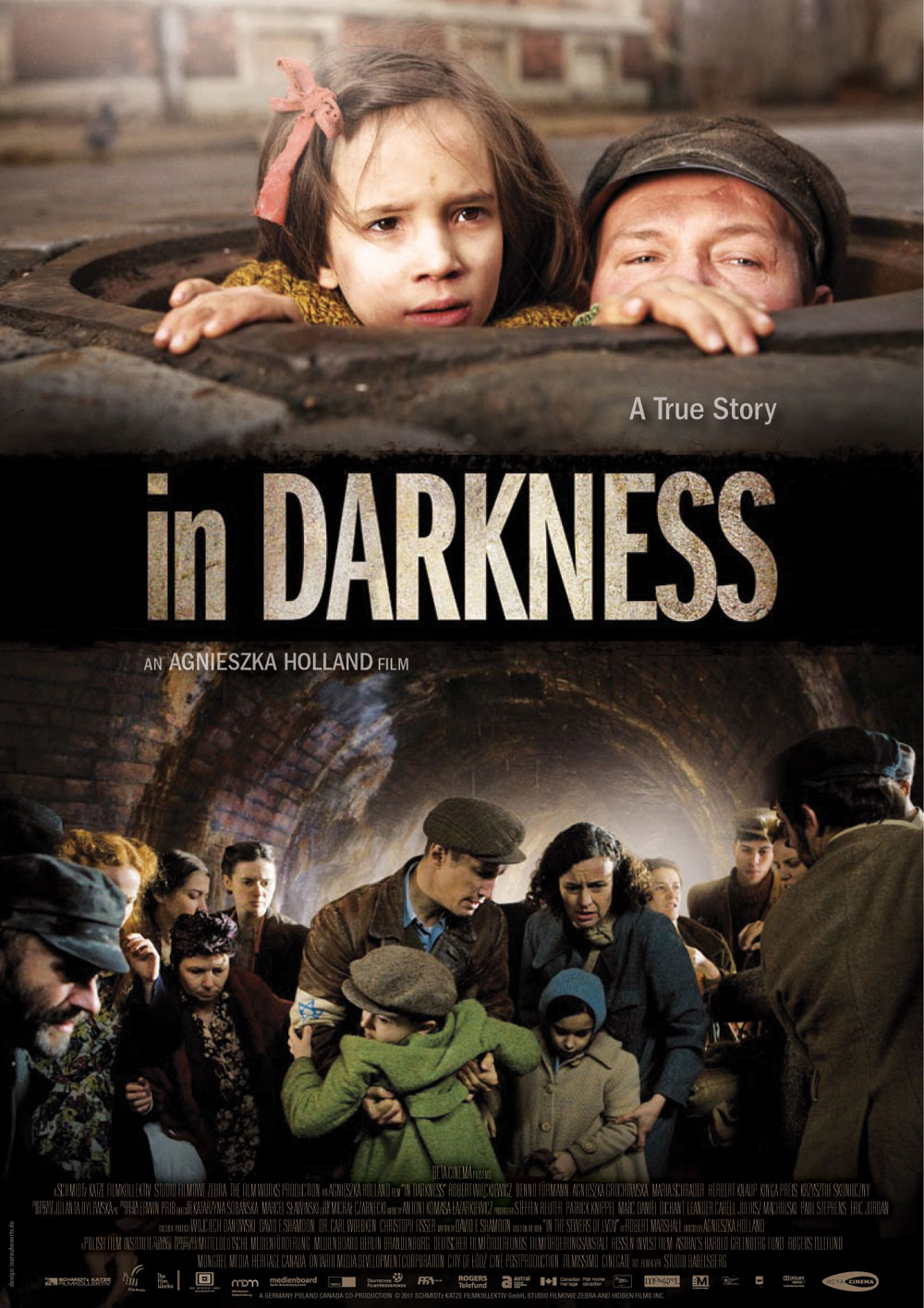