The true story of how the West was won...or, actually, almost lost.

"It's a social, critical, auteur, western road comedy musical dogma thriller drama with horses -- and thus also a film for girls" - Michael Bully Herbig, director, producer, co-writer and starring actorThis is the true story of the two blood-brothers Abahachi and Ranger who, in their fight for peace, freedom and justice in the Wild West, gallop aimlessly through the prarie, sneak around and follow meaningless tracks for hours on end. The trouble all starts when Abahachi takes out a loan from the Shoshone Indians to buy a saloon for his tribe.It turns out that the real estate agent is no real estate agent at all - he's a trickster and a very, very bad guy named Santa Maria. The saloon is only a façade and Santa Maria gets away with the money. To make matters worse, Abahachi and Ranger get blamed for the death of the Shoshone Chief's son Funny Rabbit. They've got no choice - they have to find the treasure that Abahachi's grandfather Mad Cow bequeathed him many years ago, pay back the Shoshone and prove their innocence. Finding the treasure is not an easy matter, however, especially because Abahachi divided the treasure map into four parts and now can't remember who he gave the other three parts to. 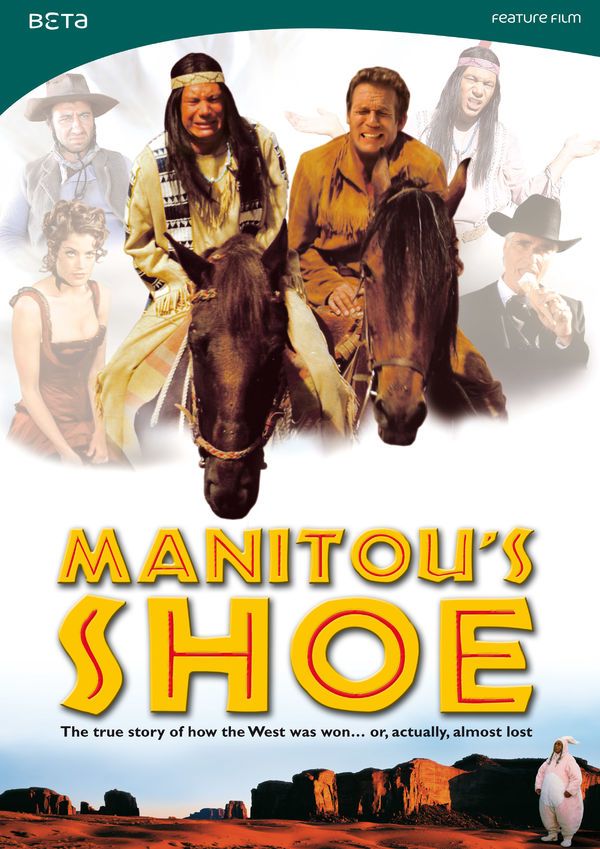