Three stories about the impossibility of love, from the acclaimed director of In the Aisles.

A snack bar owner smokes with his Muslim neighbor in the stairwell of their apartment building at night. Her husband is his good friend. They draw closer to one another as the nights go on and look out over the city to the dark satellites, the brutalist concrete buildings on the outskirts of the city - relics of the GDR past. A security guard watches over Objekt 95, a satellite town with a residential complex which many foreigners call home. While on patrol at night, he gets to know a young Ukrainian woman who fled her home country when the war broke out. He wants to protect her, while his friend, the “old security guard”, radios to him from an abandoned Russian barrack night after night. A woman from the train cleaning service drinks in a train station bar after her night shift. There, she meets a hairdresser. The two of them become friends and spend many nights together in the station. Every night, her desire grows even greater for this woman who is exactly as lonely as she is. 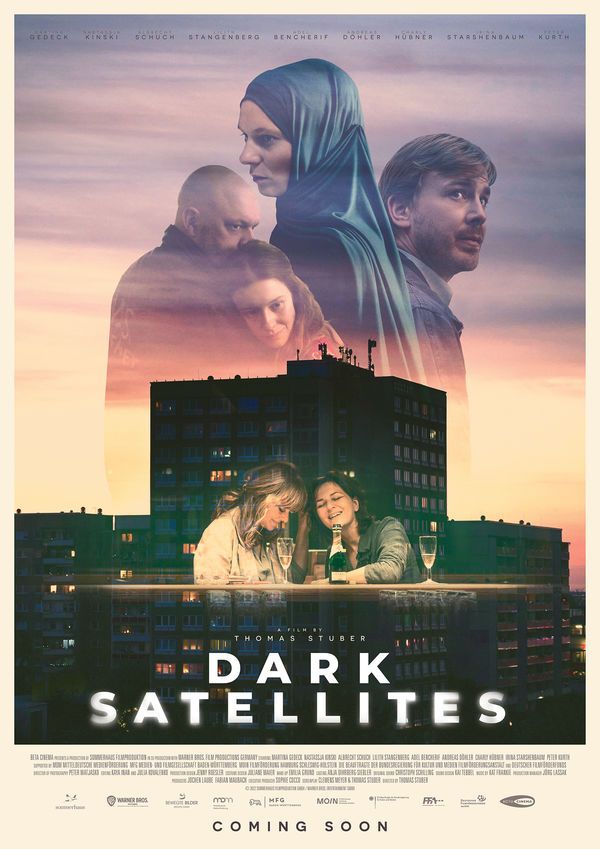 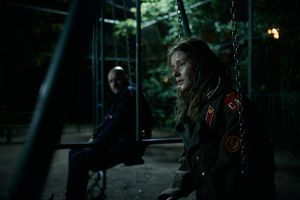 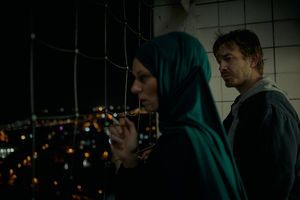 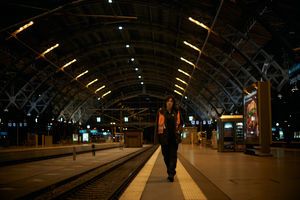 with the wistfulness of an Aki Kaurismäki
...

. A little poetic, a little melancholy: A powerful ensemble drama about creatures of the night, scarred, but still full of dreams."
CINEMA

"Dark Satellites“ gives us an insight into the world and biographies of often-overlooked city-dwellers, in gripping and moving style."
FILMSTARTS.DE

"Director Thomas Stuber demonstrates great empathy with his characters, and great observational skills, which make this film a moving social drama and romance, together with the excellent cast. This warm-hearted fairy tale about a desperate night embraces its audience and doesn't let go."
LIFT

"We like watching these characters, thanks in part to the fantastic cast, and also to Meyer's story-telling skills, who manages to combine violence and tenderness in an off-handed, subtle way."
WELT.DE

possibly the best holiday film this year. One without Christmas, without a lot of glitter, but also without voyeuristic misery, full of wacky angels with broken wings. Could be maudlin but isn't. "
DIE WELT

"It's rare for a director to focus on people like you and me in a German film
...

The whole film is a miracle: Any other director would have shot a dark, dreary social drama in a place like this. But Stuber und Meyer give us a tender romance."
RND.DE

"It's not easy to depict “regular people”
and to act them!

, but Stuber and Meyer pull it off with ease. After watching this film, we know what hope and dreams blue-collar stiffs have, brave and tender people in their own right. That fact alone makes DARK SATELLITES a little gem."
EPD FILM

"The new masterpiece by Thomas Stuber and Clemens Meyer
…

not only features an A-list cast
…

but also impresses with its dense atmosphere and unusual narrative. A beautiful film."
PROGRAMMKINO.DE

"A dream cast for a moving paean to quiet romance."
ARD BRISANT

"Satellite cities are housing projects – but in astrology, satellites are bodies that circle a planet, never approaching their object of attraction. For Jens and the other characters in “Dark Satellites”, a similar fate awaits."
BILD.DE

"Invisible, exhausted people meet and open themselves to a new life – just like the movies do for us."
BRIGITTE WOMAN 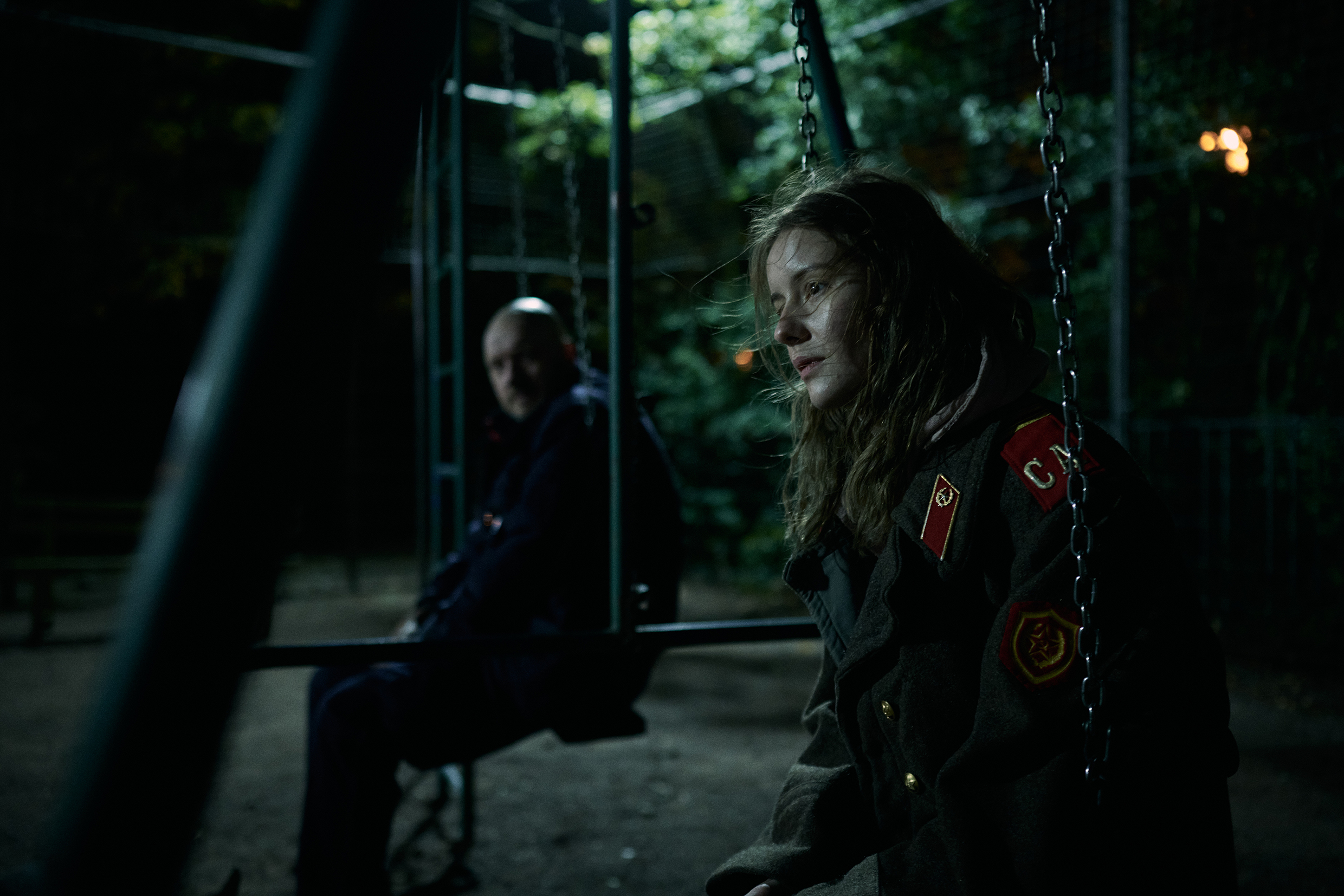 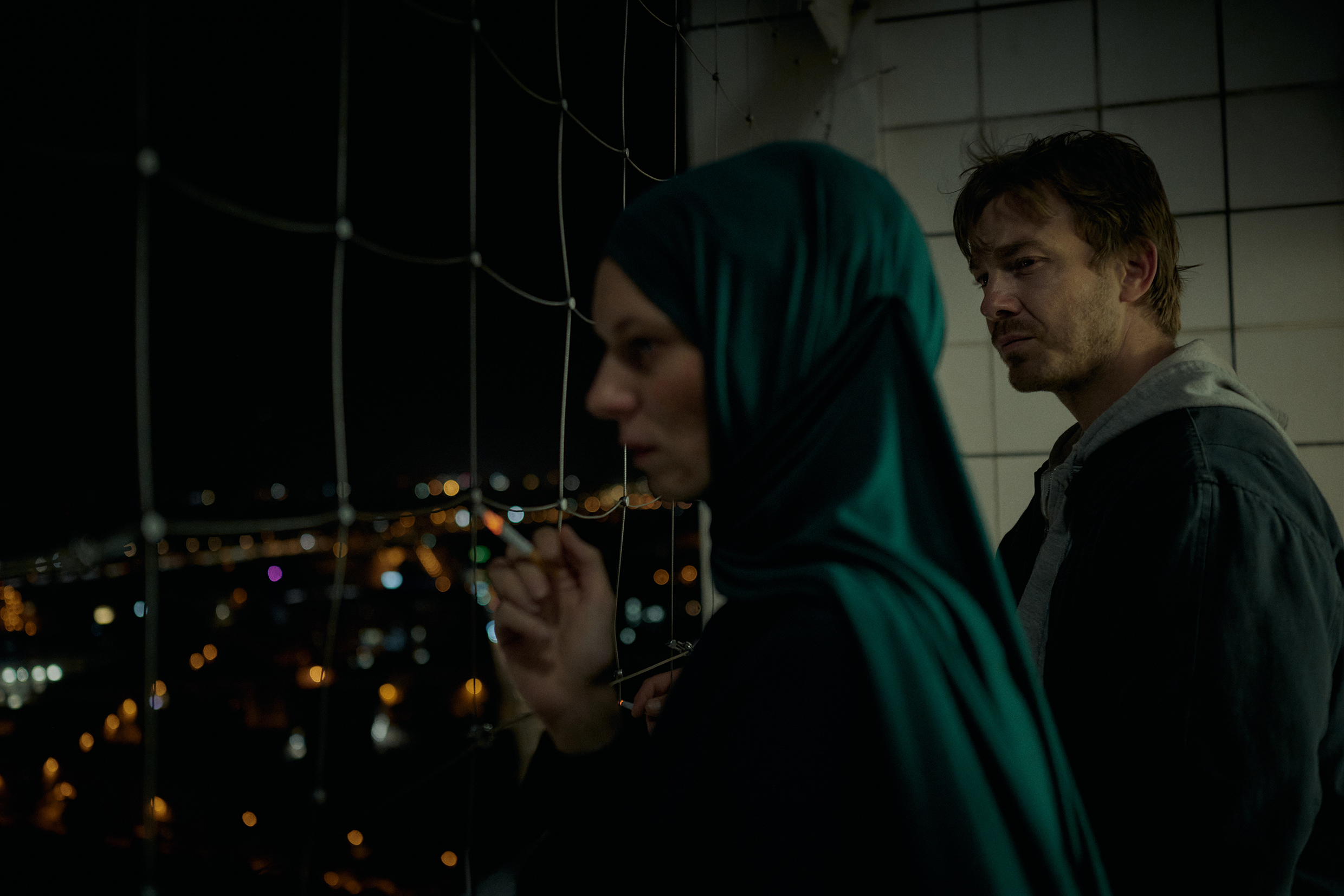 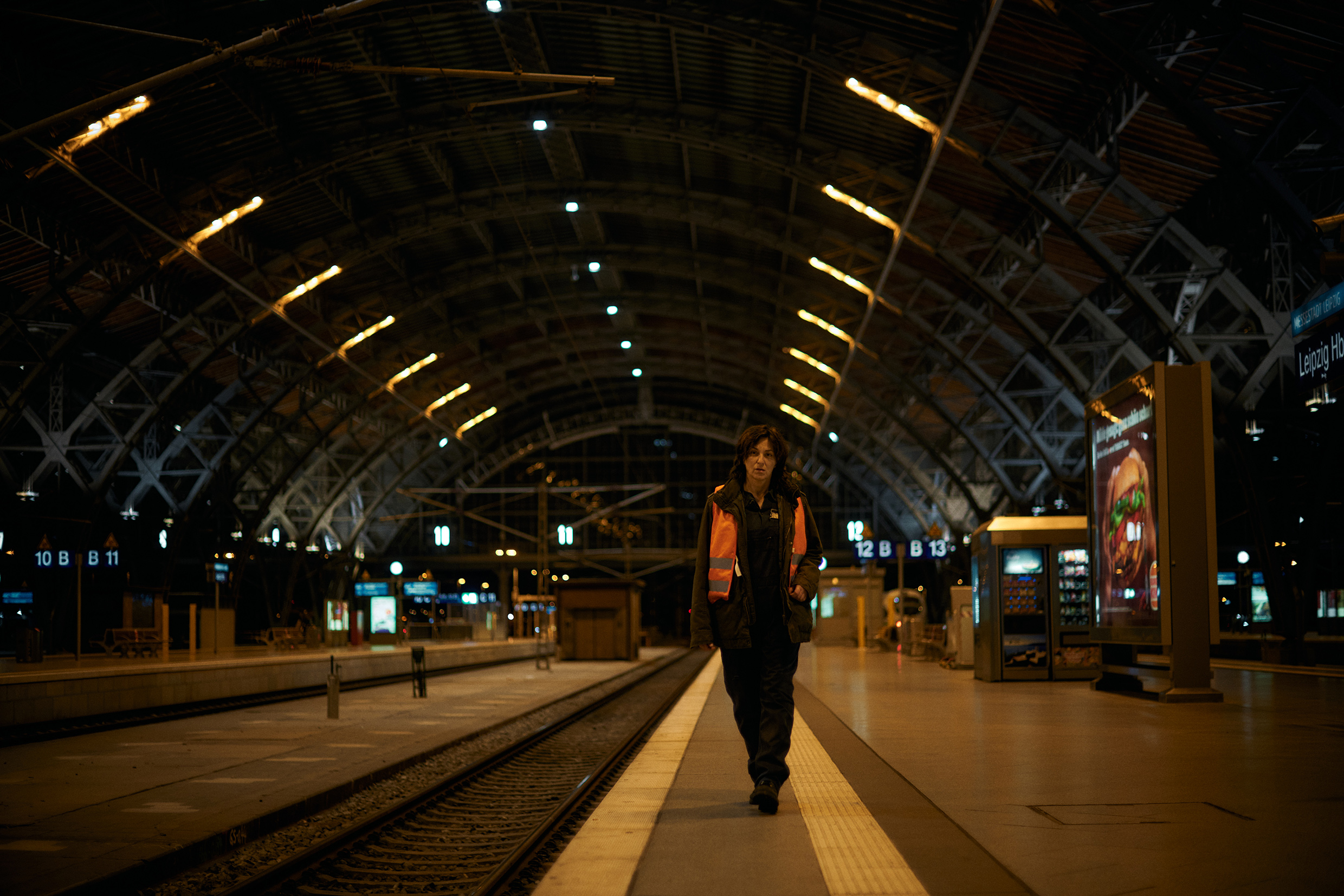