At first glance, Leyla and Tristan seem like the perfect young couple. They're traveling together to a remote island, to where Leyla's childhood friend Stella has invited them. However, it soon becomes clear that something mysterious is going on. Numerous couples have arrived during the final days of summer, to see the world through the eyes of someone else – some are using it to find themselves, while others are seeking escape.Leyla and Tristan meet Fabienne und Mo over a festive dinner. They perform the ritual of exchange and experience the change in their perceptions, not to mention their behavior, their desires and their relationships. Leyla, in particular, has never been happier, she feels a sense of release and fulfilment, with a completely new outlook on life. But when she refuses to return to her old self, the situation threatens to spiral out of control. 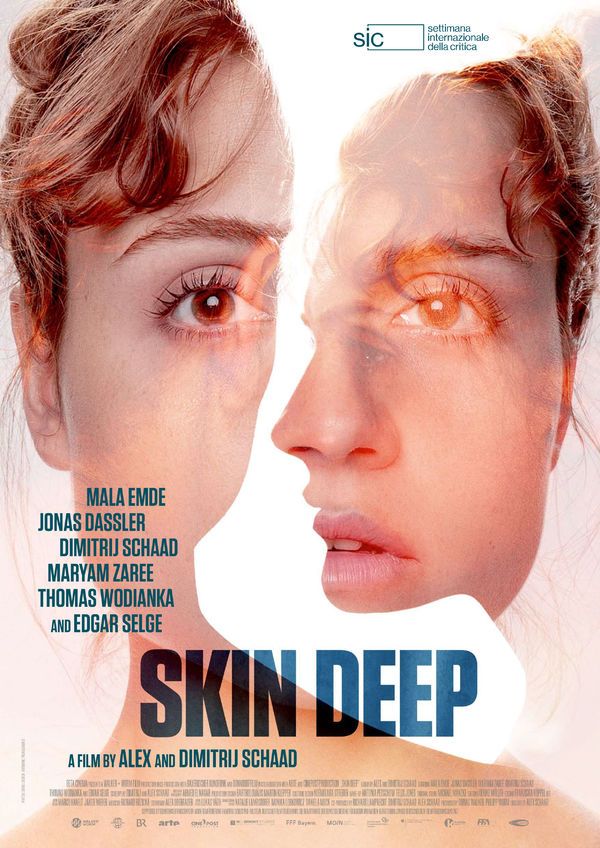 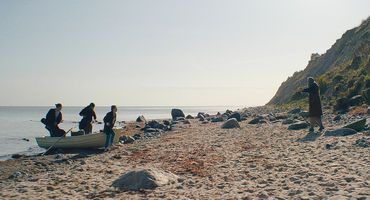 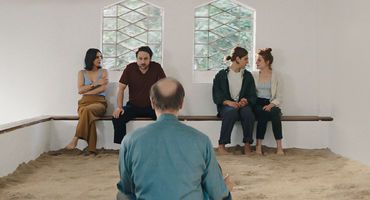 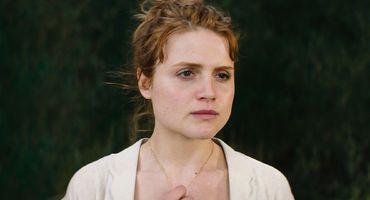 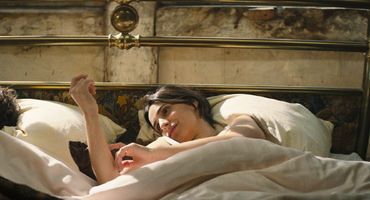 "A body-swap film with a difference, Skin Deep has more in common with Yorgos Lanthimos' The Lobster than any variation on Freaky Friday. Alex Schaad's spiky, good-looking debut feature takes a clever concept and develops it into a witty, provocative exploration of identity, gender fluidity, sexuality and the pursuit of happiness. Cinematographer Ahmed El Nagar ensures that proceedings are bathed in a warm, golden glow. The enchanted island could be a setting for The Tempest, and the ensuing tale of shifting identities and fragile emotions has a distinctly Shakespearean feel.The dizzying roundelay of role-playing presents a magnificent showcase for the versatility and flexibility of the actors.There is a clarity and confidence in Alex Schaad's approach. Following a couple trying to repair their relationship, Skin Deep becomes an unexpectedly emotional journey from a bright new talent with an assured touch.“
Allan Hunter, Screen Daily

„Skin Deep tears down walls of gender, sexuality, psychology, and identity.The themes at play are thus numerous. We can look upon the plot with allusions to transgender men and women as well as those battling mental instability. So no matter the actor onscreen - each is brilliant here with a mix of comedic relief and pathos depending on who they “are” at a given moment - Schaad really ensures that we're seeing beyond the surface. We're experiencing the characters, their respective journeys, and their somber realizations that some incongruities can't be fixed with a Band-Aid.“
Jared Mobarak, The Film Stage

„After first exploring the basic question of personality, the film soon moves on to the more intriguing one of gender, as Leyla eventually borrows the body of a man who works on the island. In one of its best-realised moments, the film tenderly stages what is essentially the experience of a partner dealing with their partner's transition.*** Spoiler Alert***Jonas Dassler and Thomas Wodianka - who plays the man whose body Leyla borrows - make the connection between Tristan and Leyla felt so keenly that, even as Leyla is now played by a biological man, the scene never once feels like a sensationalistic, wacky “what if” scenario.What could have been a glib sci-fi premise turns into an unexpected and moving portrait of love as rooted in acceptance.“
Elena Lazic, Cineuropa

“A brilliant work. Alex Schaad exploits - the body-swapping-concept - making it the engine of a more auteur's film, which develops around the questions inherent in the hypothesis of the exchange of identities: Skin Deep, remains focused above all on understanding the psychologies of its characters who take from time to time the appearance of the other.In the first half hour, the director plays a little with the genre and its atmospheres, but only in an allusive way and before taking a completely different direction. After the first "body-change“, Skin Deep fully takes its own trajectory, leaving completely aside any mystery suggestion to focus on the characters and the questions they pose.…the questions about the relationship between personal identities and bodies are revealed in a kaleidoscope of answers that emerge from the different ways of living the paradoxical experience of being other than oneself.“
Elisa Battistini, Quinlan

"Effectively all playing two or more characters, they slip into and out of them just as easily as the people they portray do with their bodies. Speech patterns and body language are malleable tools all actors have in their toolbox, and the performances are impressive..."
Marc van de Klashorst, International Cinephile Society

"Schaad's film forwards us with immediacy into the depths of soul disorders, the drama of depression, lack of self-acceptance, and couple compromise.The director lingers on the smiles, on the constant sighs of disbelief, on the use of the senses as means of self-discovery and rediscovery, in a play of roles in which Nature also has its fundamental place. The rivers, the sea, the green meadows. The exaltation of the ego coincides with the praise of a Nature that is lush and, above all, complicit in a path of evolution."
Sandra Orlando, Taxidriver

"In the running for Queer Lion, Skin Deep is a multi-layered work, a metaphysical horror as well as an extreme love story, a manifesto of fluidity within a style that has never been so representative, in that sense. Dystopian and erotic, disturbing and intriguing at the same time, as well as thought-provoking and with undeniable directorial appeal, Skin Deep is the quintessence of genre fluidity transported to the big screen, expertly straddling genres with audacity and freedom of writing.Aided by a cast that is nothing short of impeccable in handling character transformations that are daughters of souls in motion, Schaad has devised a disorienting and provocative work in which gender boundaries and limits are broken down, amid extreme gestures and irreversible acts of love.Skin Deep is a debut feature that stays under the skin, challenging the viewer to ask unprecedented, radical, contemporary, provocative, thought-provoking questions. What good Cinema should set as its primary goal."
Federico Boni, Gay.it 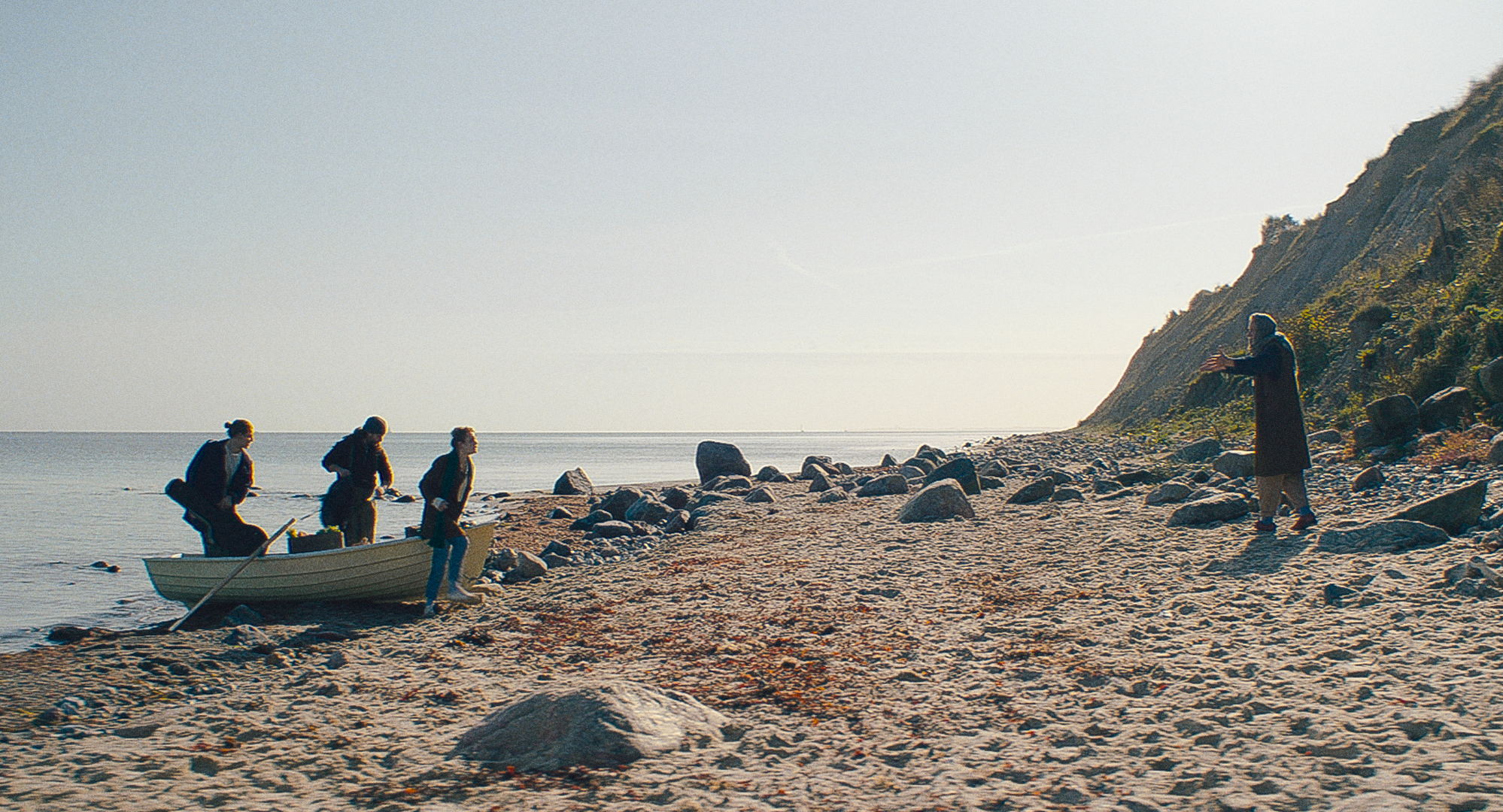 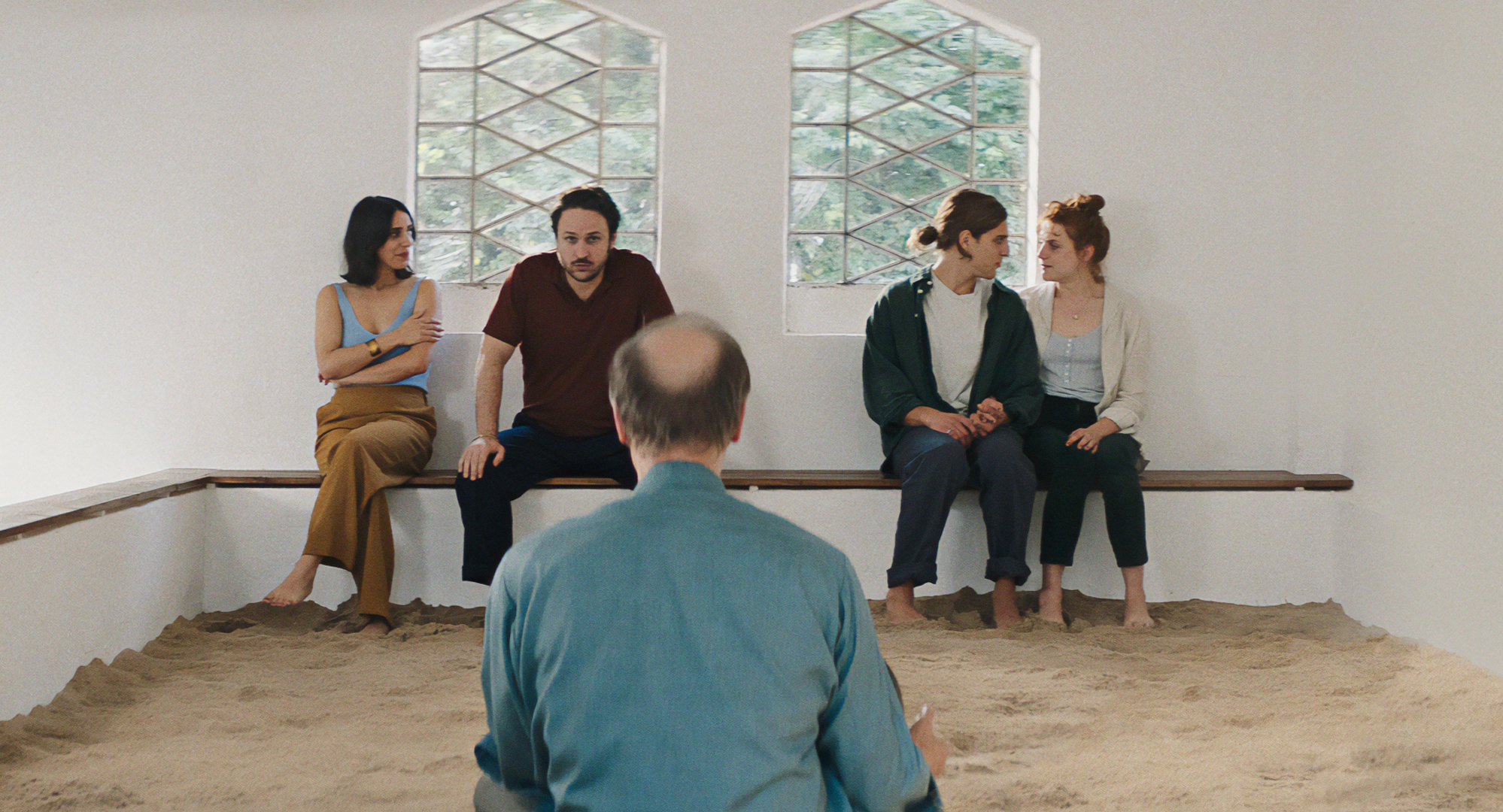 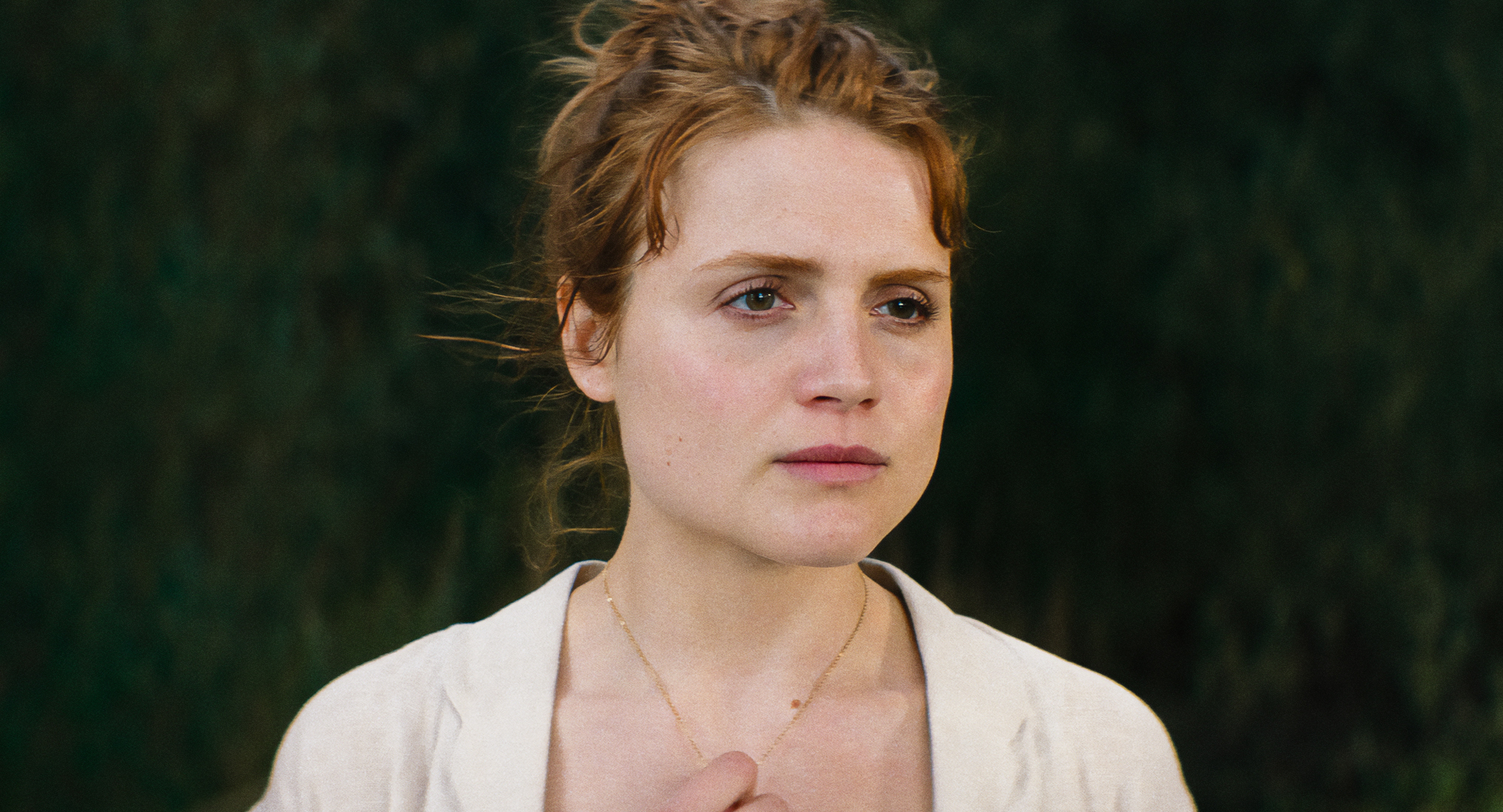 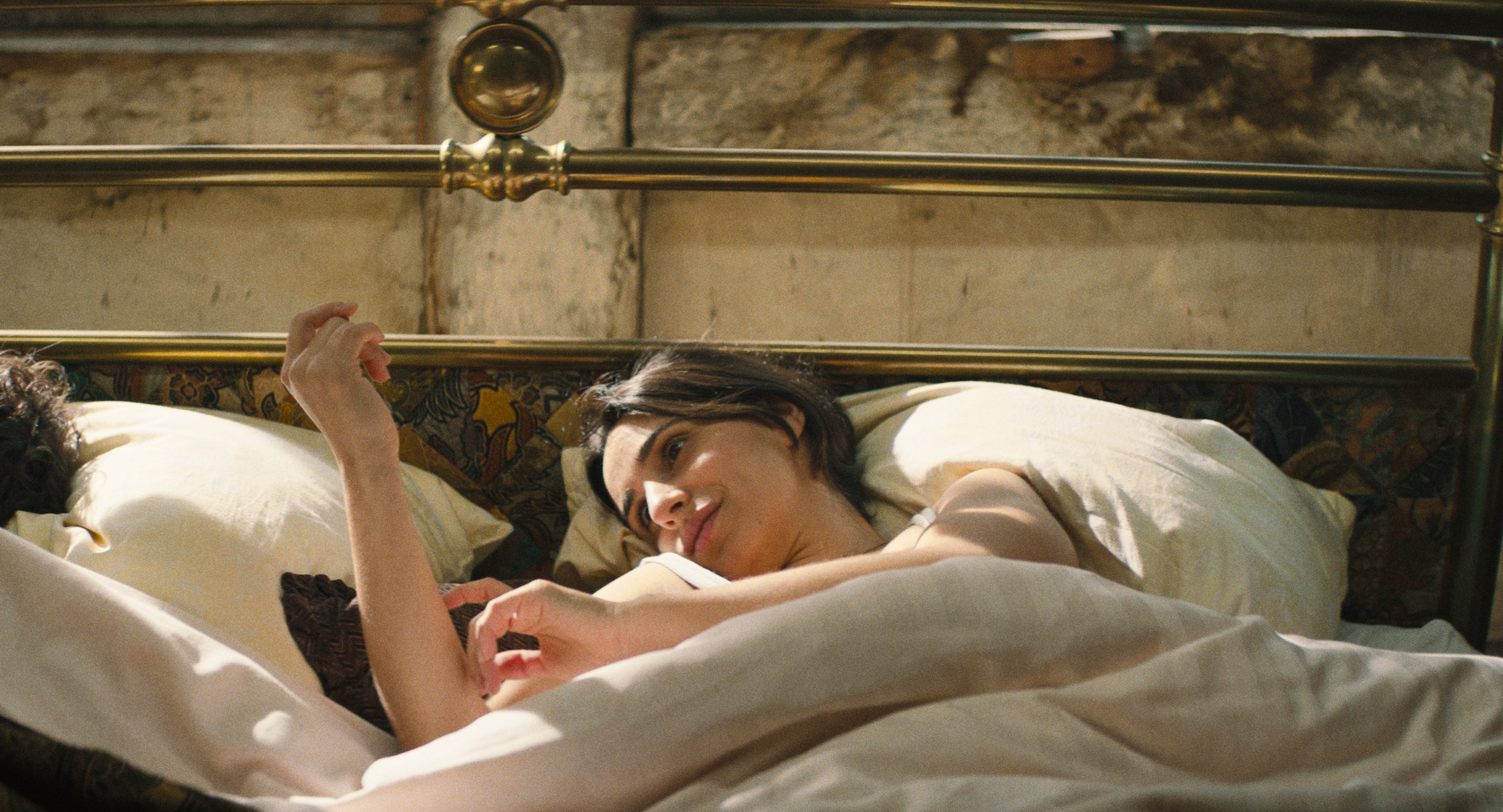