Hui Buh and the Witch's Castle

A clumsy castle ghost and a broke king embark on an adventurous journey to save the spook's niece and sister from an evil witch.

For over 500 years now, the castle ghost Hui Buh has been stirring things up at Castle Burgeck. His friend and owner of the castle, King Julius is not the only one who finds Hui Buh's poor attempts at scary hauntings terribly annoying. The chaotic atmosphere at the castle reaches an all-time high when the young witch Ophelia appears at the castle gates out of nowhere, claiming to be Hui Buh's long lost niece. Ophelia is in possession of the Necronomicon, an ancient book of spells that is as evil as it is powerful. Hui Buh, realizing the possibilities that the book would open up for him, is dying to get his hands on the book. But there is someone else who would like to take possession of the book: The evil and unconscionable witch Erla. Erla has kidnapped Hui Buh's sister, a good witch, and also tries to capture Ophelia. Thus, Hui Buh embarks on a dangerous adventure to save his family. This leads him all the way into the eerie witch's forest, where he has to make a terribly difficult choice. 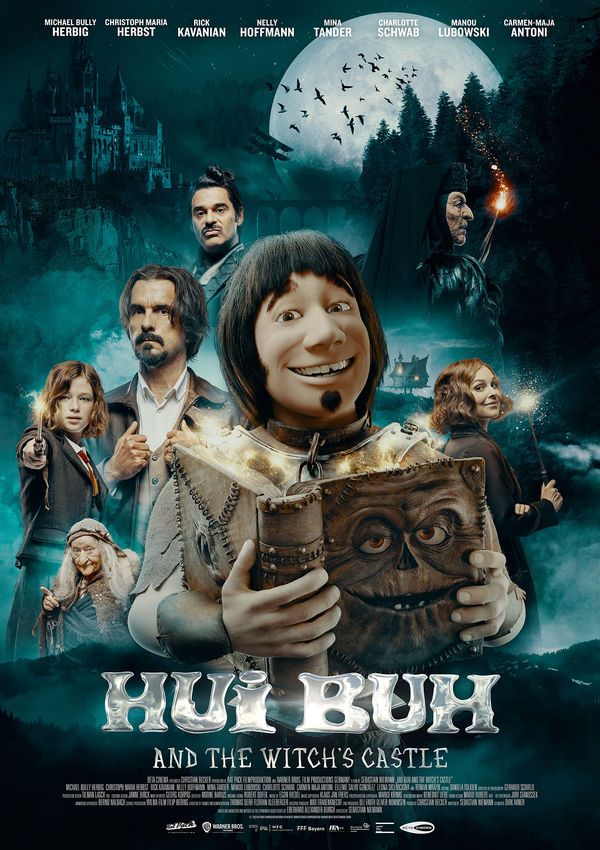