By living in plain sight of the Nazis and forging passports for countless Jewish people,Cioma not only tries to survive, he wants to live! Based on a true story.

21-year-old Cioma Schönhaus won't let anyone take away his zest for life, especially not the Nazis. He wants to discover life, but has the misfortune of living as a Jewish person in Berlin in the 1940s. Since the best hiding spots are in plain sight, Cioma decides to go out into the light to escape deportation. Using the identity of a marine officer he created for himself, he throws himself into the city's nightlife and even finds a fragile hope for love during the darkest moments of the war. Throughout the day he forges IDs with just a brush, some ink and a steady hand - and saves the lives of many others. His talent puts him in more and more danger, though, and at some point Cioma's only hope to survive is a last forged ID – with his own name on it. 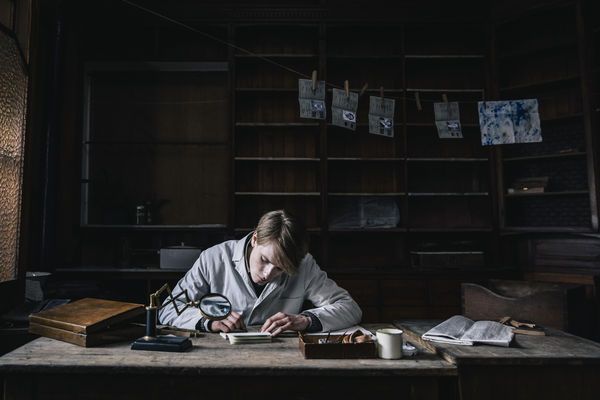