In a seemingly chance encounter, the movie star Daniel is being confronted by Bruno, one of reunified and gentrified Berlin's losers. He knows everything about Daniel – and is bent on revenge. Directed by and starring Daniel Brühl in his directorial debut.

Berlin, the Prenzlauer Berg district. Daniel is a movie star accustomed to success. His loft apartment is stylish and so is his wife, and the nanny has the children under control. Everything is tip-top, bilingual and ready for him to jet off to an audition in London where a role in an American superhero film awaits the celebrated German-Spanish actor. Popping into the local bar on the corner, he finds Bruno sitting there. As transpires by the minute, Bruno has been waiting for this moment for a long time. And so this eternally overlooked man – one of reunification's losers and a victim of the gentrification of what was once East Berlin – takes his revenge. With Daniel as his target… 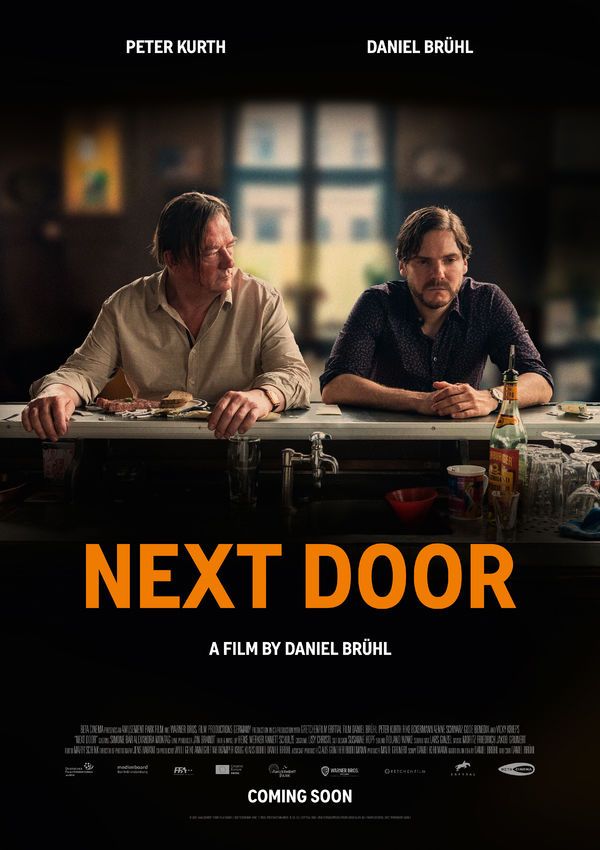 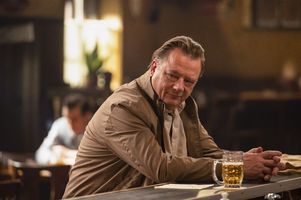 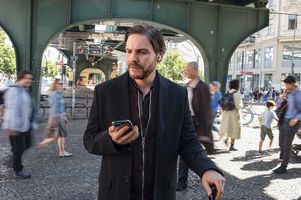 “[It] yields moments of bittersweet comic exasperation especially when the tone darkens and the stakes are raised. Bruhl's popularity and profile should guarantee commercial traction.”
“A wonderfully sardonic, scene-stealing Peter Kurth. ”
“Fluid camerawork from Jens Harrant and constant diversions ensure that it never feels claustrophobic or overly theatrical.”
“Brühl is convincing in his teeth-grinding, clenched-jaw consternation but Peter Kurth nudges the acting honours, playing with a light, airy touch. His affable, twinkly-eyed manner is disarming and much of the film's mirth derives from his understated, slightly apologetic delight in destroying all the certainties of Daniel's privileged life.”
“An entertaining skewering of celebrity.”
Screen International

“This sharp-minded and engrossing drama of wits and secrets succeeds both in keeping the audience keen to know what's really going on here and achieving lift-off for Bruhl's directorial career.”
“Essential to making a story like this work is the allure of having an antagonist so coolly sharp and smooth, who knows just how to stick it in, then twist. At first glance, Bruno, a working-class sort of no particular distinction, would seem an unlikely candidate for a charismatic disruptor, but Kurth magnificently modulates the pitch of his relentless assaults on the younger man's character, behavior and honesty.”
Deadline

“A hoppy Hitchcockian two-hander.”
“Daniel Brühl's directorial debut is never sharper or more assured than when it leans into the meta element and takes the piss out of self-obsessed stars.”
“Shot with a clear sense of tone that allows the film to straddle dark comedy and light thriller.”
“Kurth is excellent at locating the hidden menace inside the heart of a middle-class German whose social immobility has receded into a need for retribution; if Bruno's eye-rolling plan only grows less compelling as it comes to light, the actor who plays him sustains our curiosity.”
“Next Door sparks to life when Brühl shines a harsh light on the limits of an actor's social conscience, especially during a pointed section that contemplates the different impressions you might get if you compared someone's IMDb credits to their bank records.”
“A story that's as fascinated by how people bring their lies home with them as it with how they live with them in public. Mercilessly honest as Brühl is being with himself.”
IndieWire

****
"The thrill comes from the delicious uncertainty that goes with what we're watching."
"Dark prank or truth? Either way, the dialogue is sharp, the humour bleak and the spats between the two men – both of whom, ironically, present a benevolent public face to the world – sharply barbed. Bruhl and Kurth make great sparring partners, individually delivering finely tuned performances, and as a director Bruhl keeps his film on a tight leash, allowing us to enjoy its small details but never outstaying its welcome."
The Peoples Movies

"Brühl does not hesitate to show off some self-deprecating humour."
"The two leads' conflict is well played throughout the film and constantly oscillates between feelings of hatred, complicity and fear. Thankfully, in their dialogues, the social-critique subtext concerning today's Germany is well dosed. What emerges powerfully, instead, is how our public image may significantly differ from our actual private life, and how many small and big “private tragedies” are lying in wait to destroy our self-image in the blink of an eye."
"The film's considerable depth emerges thanks to the razor-sharp dialogue, which allows both characters to grow and experience their own crescendo in an organic fashion. "
Cineuropa 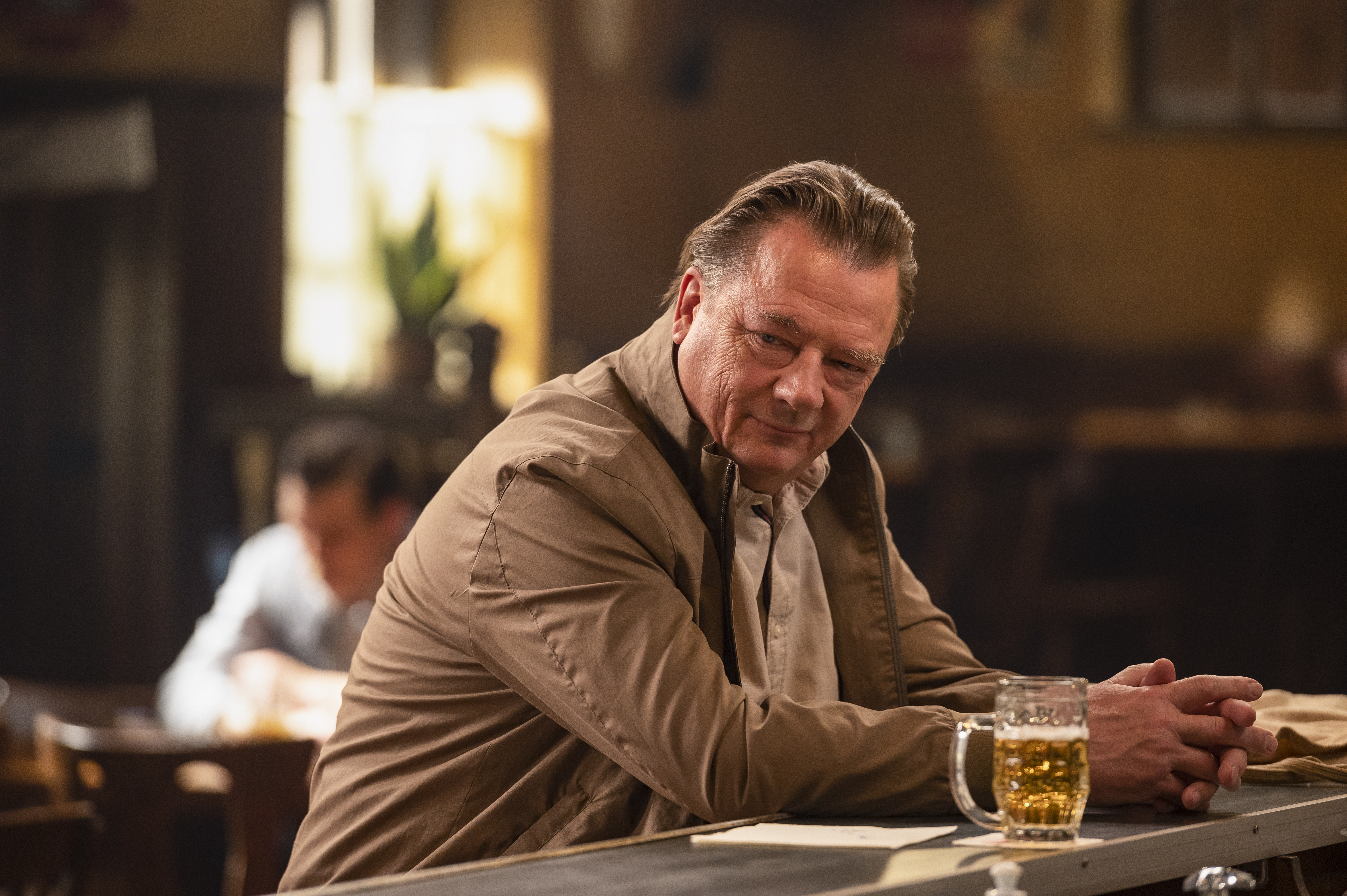 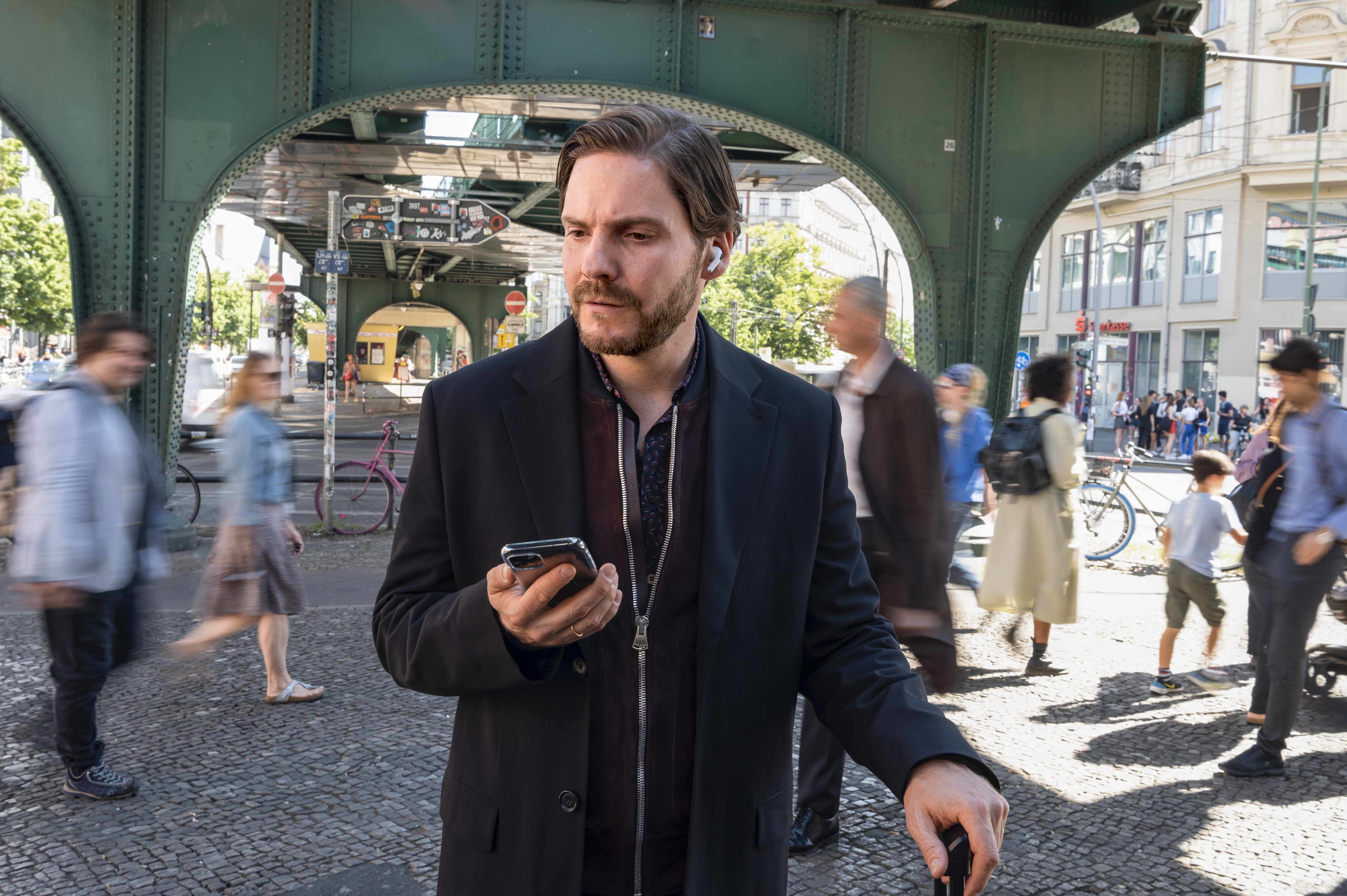