A gripping, funny, semi-realistic look at six decisive days in the life of a plumbing squad as they go from client to client, door to door, day to day, in Barcelona.

The Odd-Job Men tells the story of a week in the life of Moha, Valero and Pep – workers in a small plumbing and electricity company in the outskirts of Barcelona: they are the guys who enter your home and fix what's broken. Moha, the youngest, is on a one-week trial period with the company. He is shy but does surprisingly well with customers. Moha is set to replace Pep, who is about to retire. However, Valero is not at all comfortable with Pep retiring. He doubts Moha has what it takes, or that customers will accept a Moroccan worker. Maybe six days are not enough to make somebody change, to make him overcome his prejudices. Maybe it's not enough time to make a new friend. But it's possibly enough to discover that we have to live together: one small step for a plumber, but a giant leap for mankind. 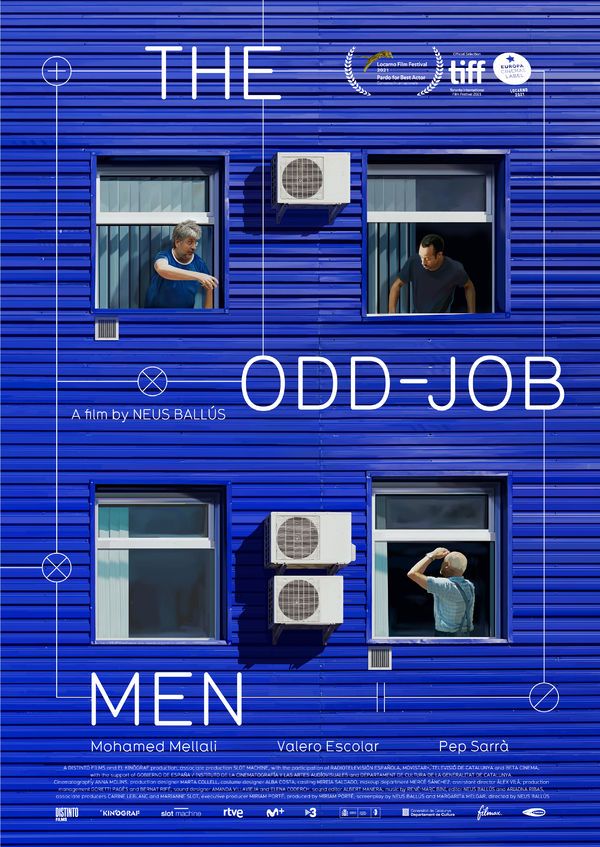 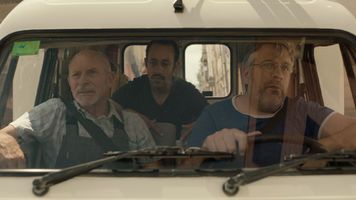 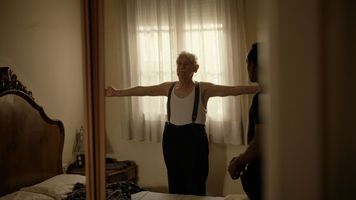 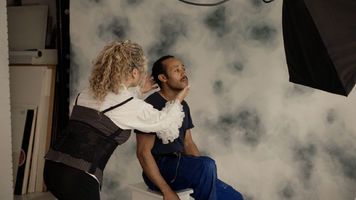 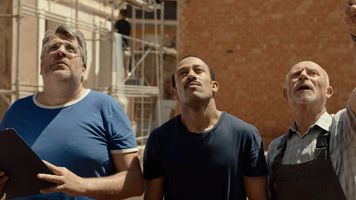 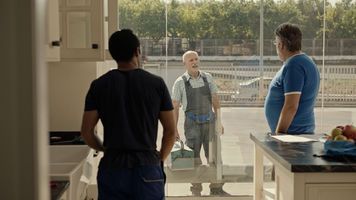 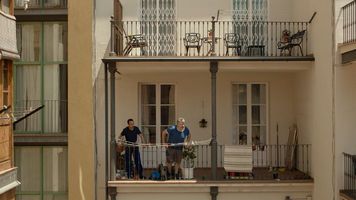 "Gently ingenious."“A charming, slight yet sharp Odd-Couple Comedy.”„Fragile masculinity and cultural biases are exposed … in Neus Ballús' genial comedy.“„One of the strengths of Ballús' and Margarita Melgar's screenplay… is in its lived-in dialogue and keen-eyed observation of the way we can hide behind language.“
VARIETY

"Funny and surprisingly tender, The Odd-Job Men finds new meaning in getting the job done -- and no language barrier, over-confident client, or mechanical failing will interfere."
ONE ROOM WITH A VIEW

"Elevator pitch: Mix Green Book with Moniseur Hulot's Holiday and add a dash of Pedro Almodovar."
"The laughs and the wisdom creep up on you in this comedy about male relationships."
"There are many delightful episodes, including a bravura performance from Pep Sarrà as an older repairman berating a sloppy builder."
"The climax, a scene in a modern mansion of malfunctioning electronic gadgets, adds a satire of technology worthy of Jacques Tati."
THE GLOBE AND MAIL

"This third feature film by the Catalan director is overflowing with originality, audacity and a mad urge to try new things, whether in terms of its actors, its film language, its improvised situations, the accessibility of its story, the naturalness of its main characters or the extraordinary aspects of day-to-day life. It's a film with a natural flow, which oscillates between documentary and comedy whilst bathing in surrealism."
"The Odd-Job Men depicts a colourful, magnetic and close-to-home form of humanity where rivalry, jealousy, seduction, demands, perfectionism, friendship and power relations all make themselves felt, hidden beneath a healthy dose of the abundant humour highlighted above."“The director calls upon the best tool on the market for unblocking mental pipes: a smile.”
“A fantastic trio.”
CINEUROPA

“This is a charming, loving and always very quietly comedic film, a great pleasure and - as a successful comedy - a rarity in the Locarno competition.”
“Reminiscient of Jacques Tati's Playtime.”
SENNHAUSER FILMBLOG

“Peppered with bittersweet humor, which never makes fun of its characters, but simply channels the tragicomic moments of life.”
“This feeling of familiarity is perhaps due to the fact that we find ourselves in these reflections of everyday life that are sometimes absurd, clumsy or delicate.”
“A beautiful film that leaves us feeling great once the light comes back in the room.”
J-MAG

“A truly out of the ordinary gentleness.”
BADTASTE ITALY

"As a female filmmaker, Ballús captures men in a revealing and understanding way. She presents many interesting contemporary struggles of racism, ageism, classism, and city life. The cinematography is beautiful, portraying Barcelona's architecture and streets at its best and worst, and the Catalan soundtrack is a delight."
FILM THREAT

"A complex character study light on its feet."
THE FILM STAGE

"The Odd-Job Men is a warm-hearted comedy about macho posturing, innate prejudice and male insecurity."
"A sweet and sanguine observational comedy which allows its subject the space to breathe."
BACK SEAT MAFIA

"A delightful comedy."
"Director Ballús's direction and screenplay mirror Moha's keen eye for human behaviour, as each job reveals a cast of characters within the city and shows the developing relationship between Moha and Valero."
"A pair of twins and later a photographer also take a keen interest in Moha, leading to some of the film's best laugh-out-loud moments."
"With Valero and Moha as our guides, Ballús grants us access to a whole world within Barcelona, its cultural and language tensions, and the growing relationship between two men forced to work together."
SEVENTH ROW

"Ballús –who is the daughter of a plumber and relied on anecdotes to create some of the situations that are narrated here– uses a light tone, comical at times and a bit more serious at others."
"Close to the tone that Ken Loach uses in some of his films of the last decades –and using non-professional actors who make versions of themselves– it flows naturally and gracefully."
"The best moments of THE ODD-JOB MEN are the humorous ones, linked to confusion, situations and characters that the trio encounters on their journey. In the experiences that they go through there, they learn to know each other and to understand a little more the circumstances of others, the issues that explain some of their attitudes. This putting yourself in the place of the other may seem like a simple and manual lesson, but it is surprisingly effective, especially in these tense times."
MICROPSIA

"[Ballús] has an eye for capturing the wonderous and variegated texture of her city, in both its people and architecture."
BRIEFTAKE

"A pleasant affair."
HIGH ON FILMS

"An enjoyable experience."
LIVE FOR FILMS 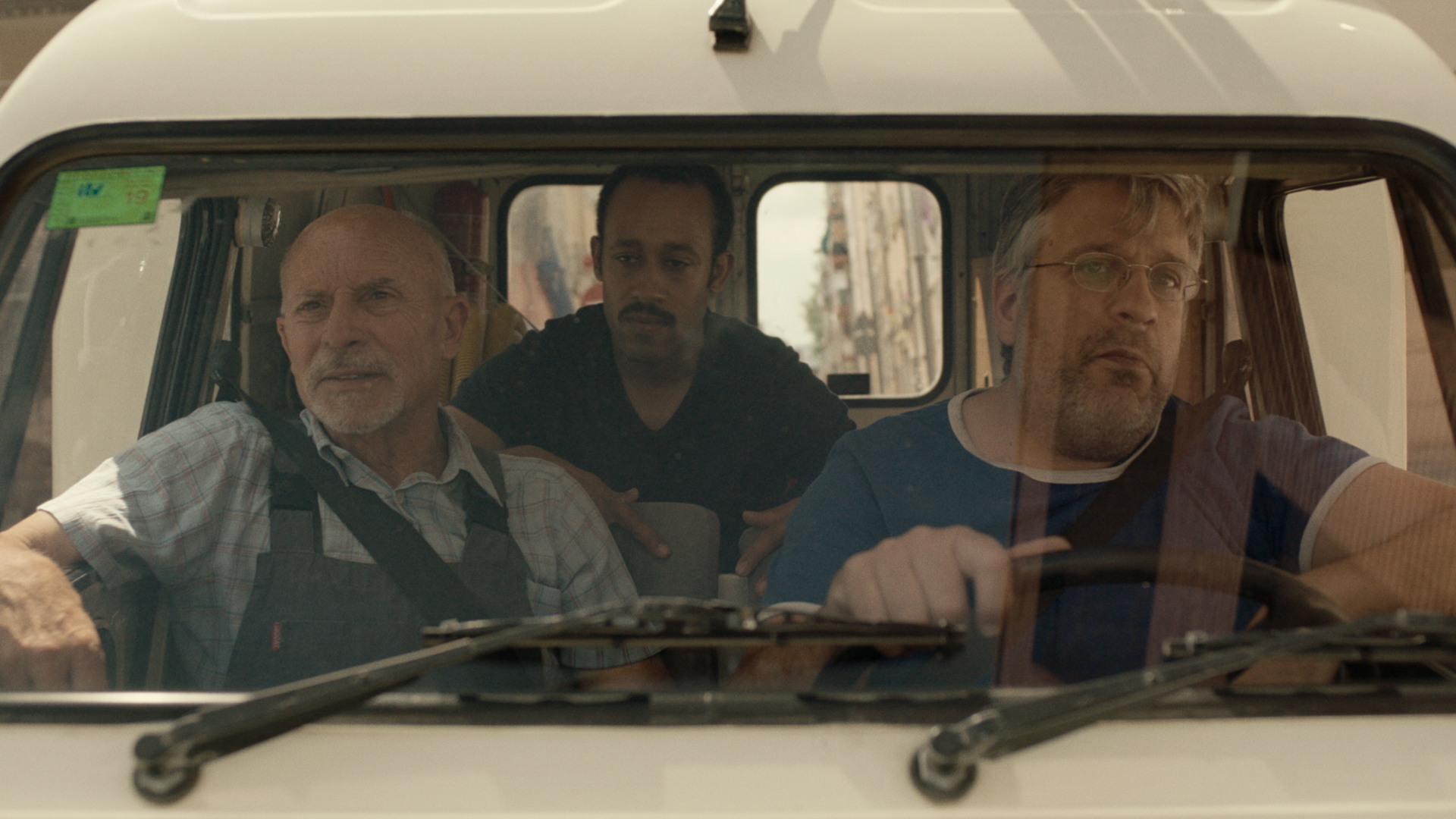 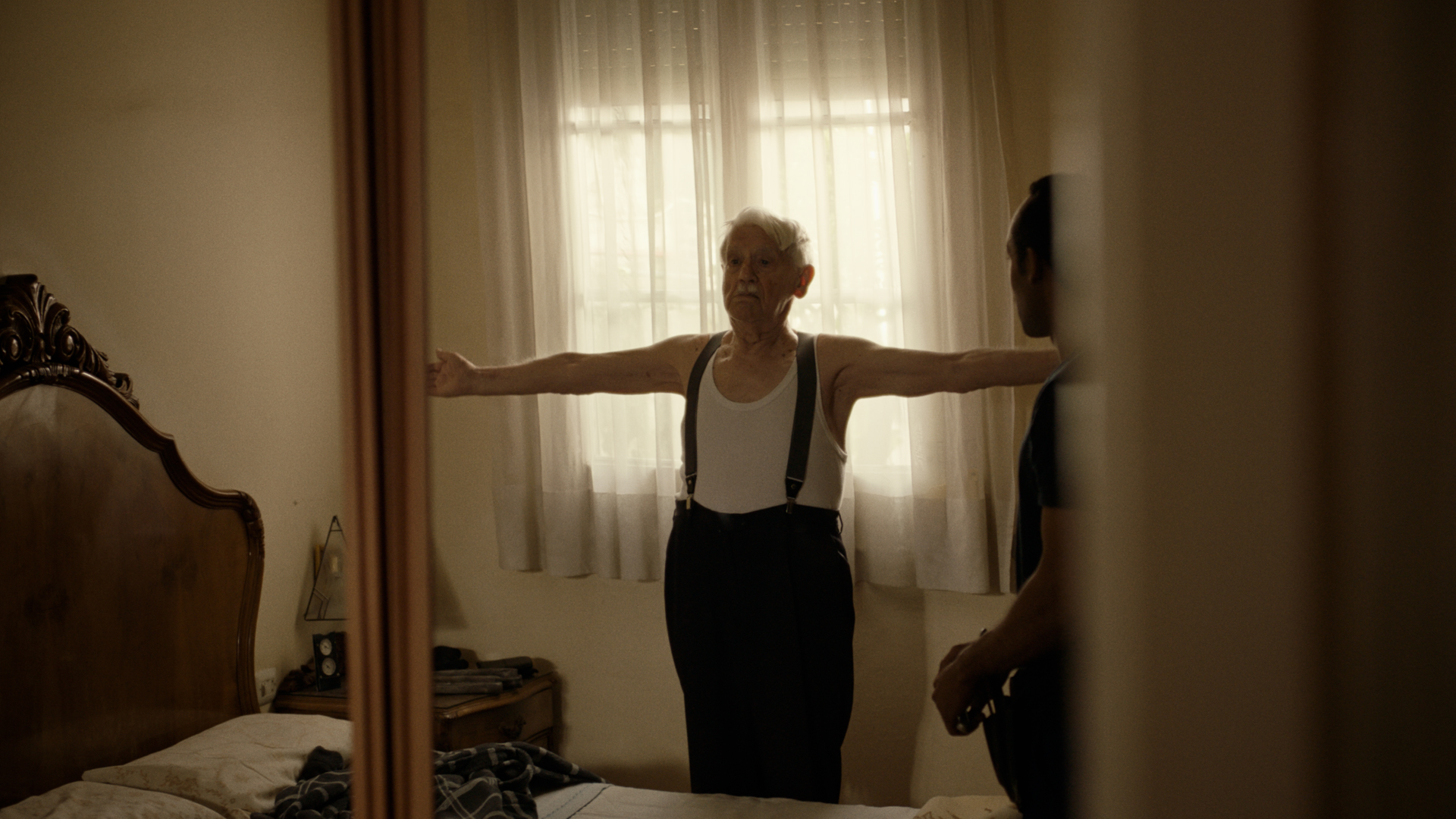 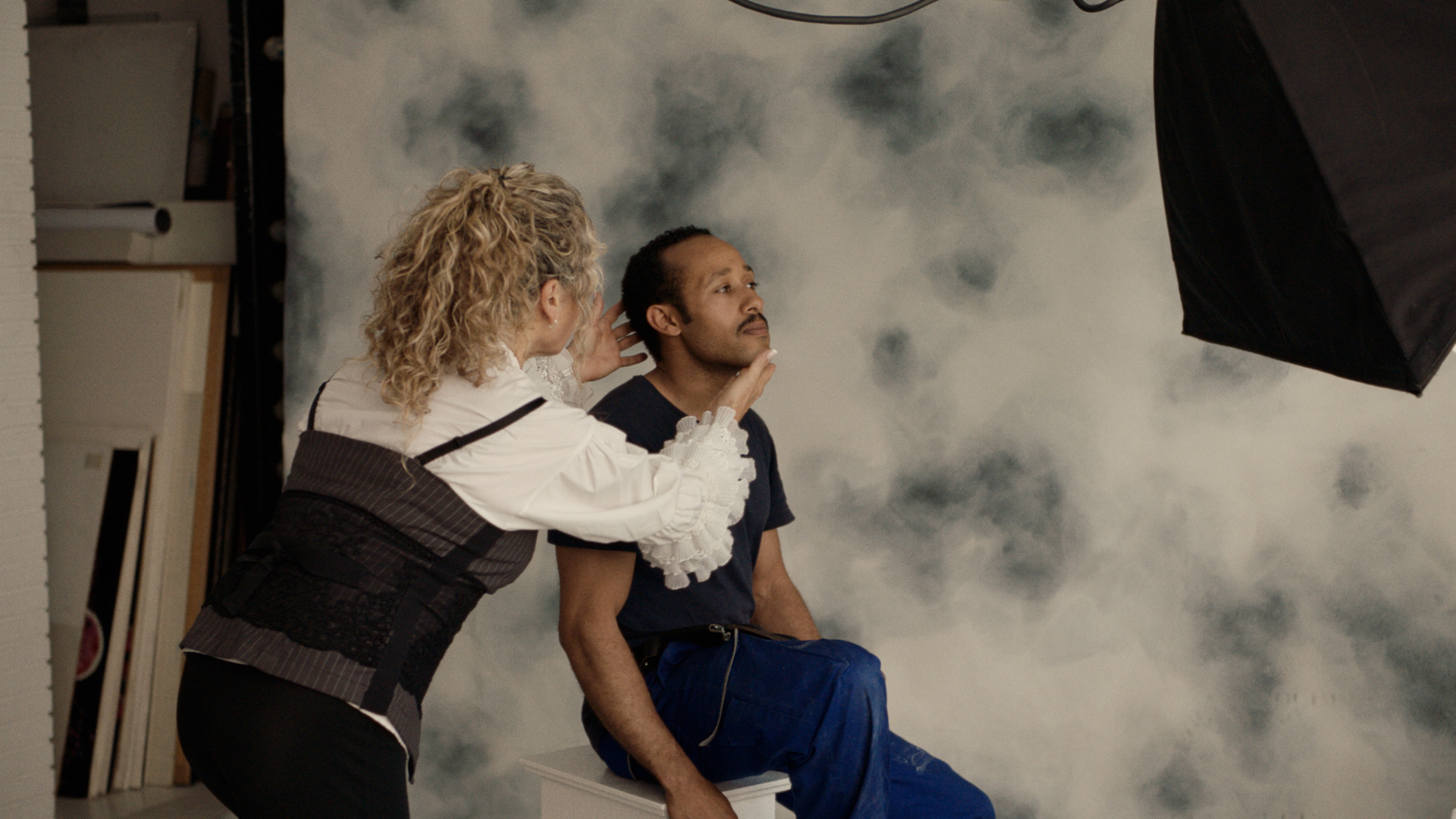 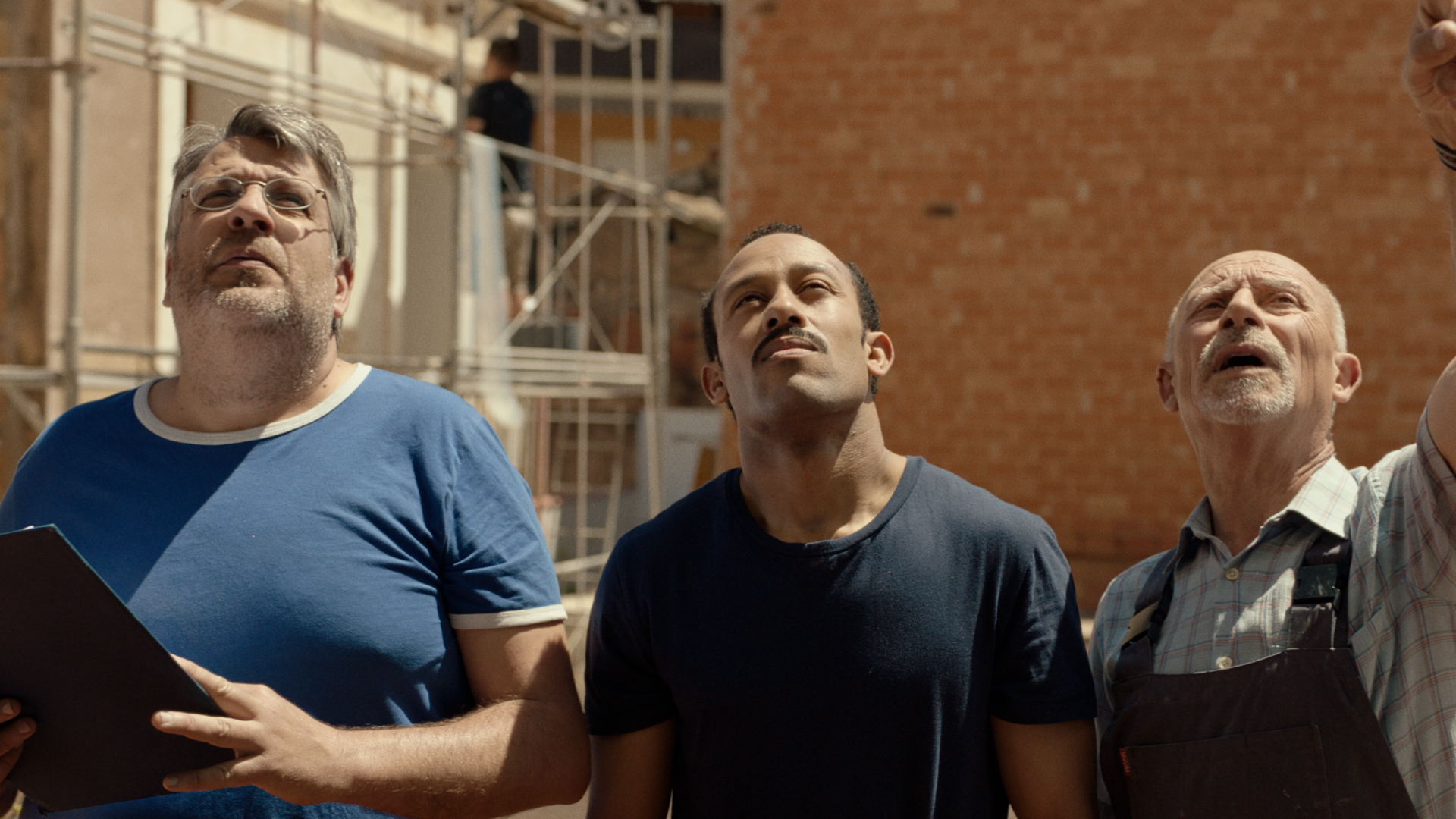 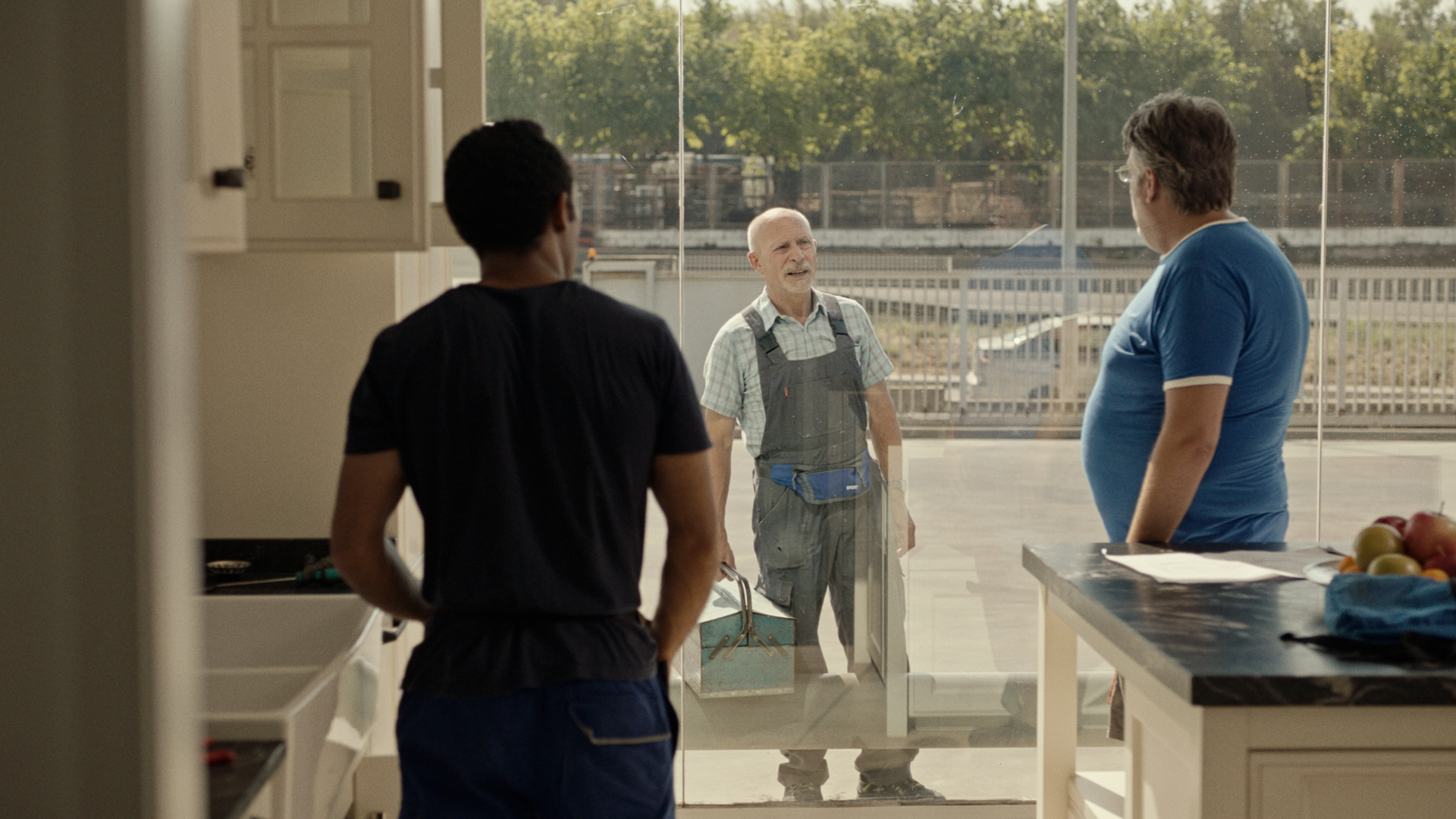 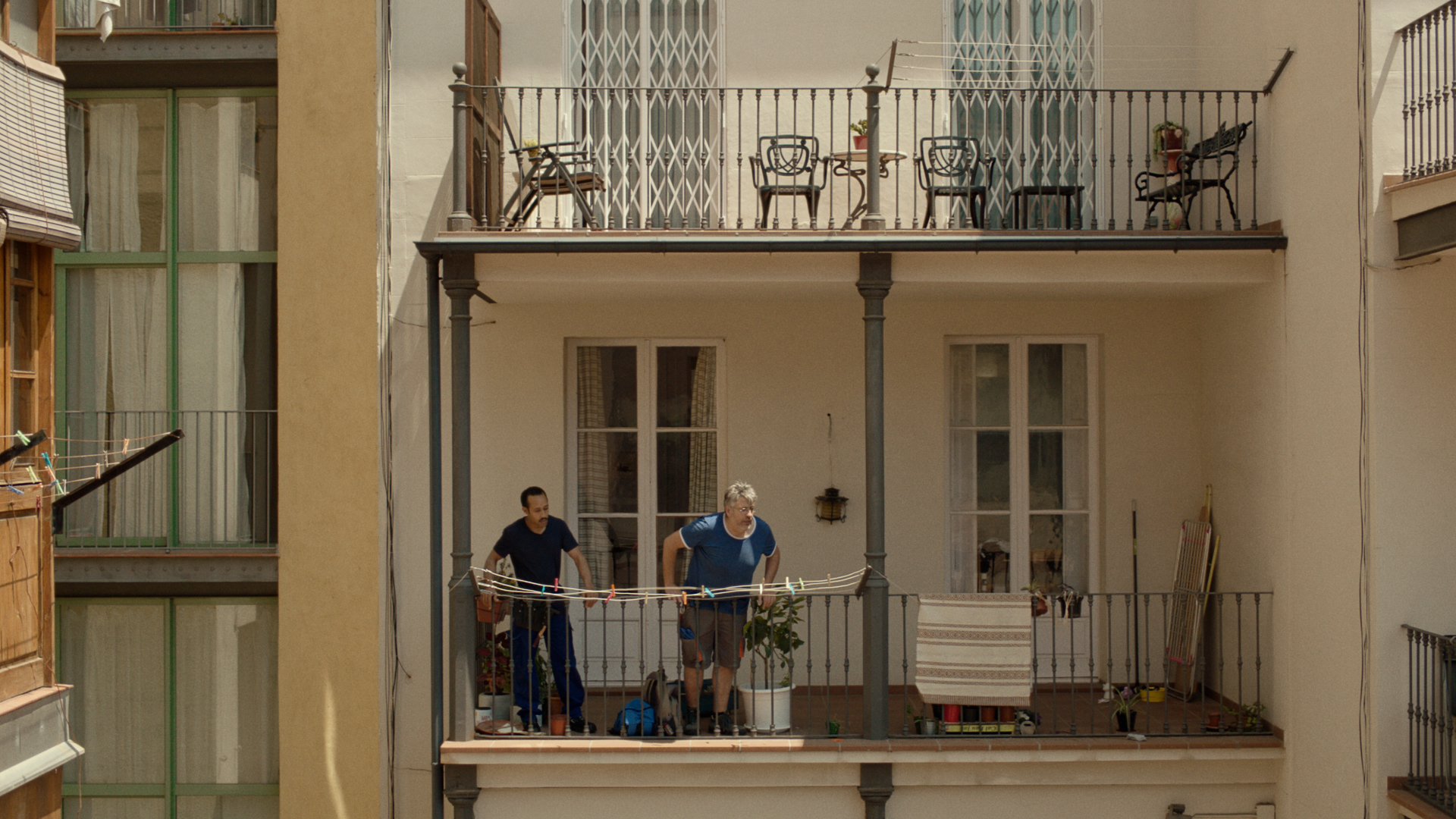