When an ex-prisoner of the Great War returns home and finds his comrades brutally murdered, he decides to bring the serial killer to justice.

Vienna, 1920. The Austro-Hungarian Empire has collapsed. Peter Perg returns home from the Great War, after years of captivity. But the Vienna he comes home to is nothing like the place he once knew. The new Austrian Republic thrives on artistic freedom, but anti-democratic movements loom overhead. A stranger in his hometown, his life takes a turn for the worse when one of his former comrades is murdered. Suddenly the mysterious killings of veterans are mounting. Personally connected to the victims, Perg decides to bring the killer to justice. 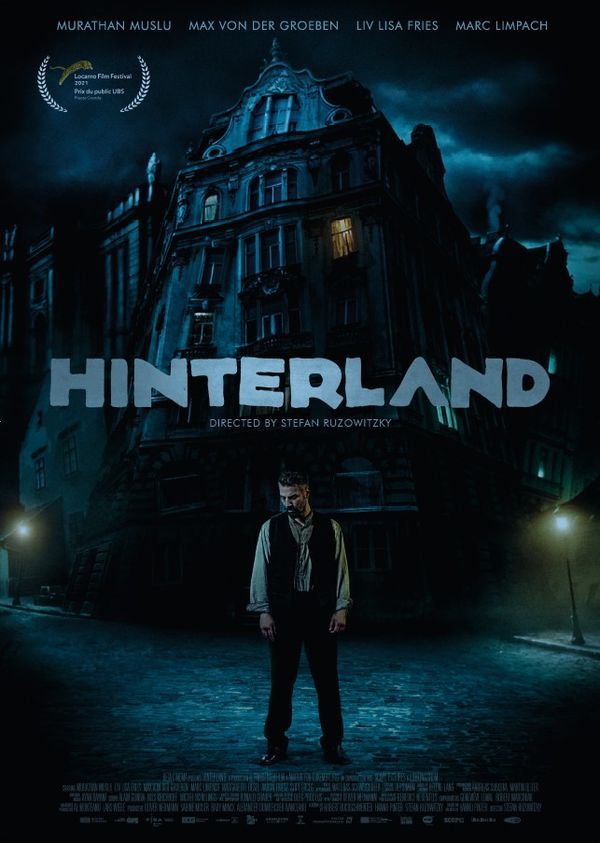 “The digital graphics used to reconstruct Vienna's decaying and grotesque nineteen-twenties streets have resulted in a high-impact film.”
CINEUROPA

“Stefan Ruzowitzky visually brilliantly renders collective grievances, inner conflicts, the loss of reference points of this time as the protagonists move in an environment that is skewed, deformed, out of focus.”
"In Hinterland, after a few minutes, this distorted world draws the viewers into its expressionist universe and leads them into a double feeling: the suspense of the hunt for the killer and his motives; the foreboding of the moral slide towards what will become the global trauma of the 20th century.”
J: MAG

“This film feels like what The Alienist could have been.”
“Its power is that it doesn't show any bias in any different way but also skirts the edge in a meaningful way as well.”
“The power of a piece like "Hinterland" is that alot of it makes sense while still creating a cinematic journey and a thriller that still moves without any big action sequences.”
SIRK TV

“[A] stylish noir thriller.”
“[A] highly enjoyable murder mystery.”
“Echoing M by Fritz Lang or even Grimms' Fairy tales, suffused with Klimt's Secessionist jewel-like paintings transporting us rather evocatively back to early 1920s Vienna where a mood of mistrust prevails. The background photograph technique works wonders in conjuring up the contrast between doom and the squalid splendour of the Austrian capital.”
FILMUFORIA

“Imagine something like 300 or Sin City but meant as an homage to German Expressionism; a movie with real people acting on a background that seems almost drawn, as if in a painting or comic book with a very peculiar, gloomy style.”
“I enjoy this movie a lot.”
THE FILM EXPERIENCE

“A visionary and expressionist style that recalls the first Lars Von Trier.”
“Ruzowitzky points the finger at 'toxic masculinity' and recalls the cinema of Christopher Nolan, the geometric world of videogames and the works of Hudertwasser.”
“Particularly memorable: main protagonist Murathan Muslu.”
“A classic thriller, but with a packaging that externalises, explicates, emphasises, directing the film towards the pacifist parable.”
CORRIERE DELLA SERA / MARILYN

“The first really big film on the Piazza Grande. A powerful piece of work that uses the large screen.”
“A tense crime and revenge story.”
“The visual concept is, a recreated, painted, computer-designed Vienna that looks like Egon Schiele and Marc Chagall got together to paint it.”
“Very impressive.”
FILMVERSTAND

“A Sin City that bows before Expressionism, yet always remains modern. A piece of work that, in terms of technique and attitude, could only be created now.”
MEDIABIZ