What's a SAMS? Why a Simply Adorable and Magical Sprite of course!

Martin is a shy 11 year-old kid, an outsider who has no friends. To make matters worse, he is continually harassed by his mean gym teacher who humiliates him in front of the entire class. Even though his father, who works as a technical advisor in the school, passes out invitations to Martin's birthday party, no classmates show up. It's just he and his parents and the big empty room. But all this is about to change… Quickly finding the small, potion-filled bottle on a bathroom shelf, his Dad mixes a few drops in his glass, drinks it… and like a colourful whirlwind of energy...the SAMS is there! Small and impish, full of mischief and topped with fuzzy red hair, the SAMS talks in funny rhymes and has a face full of blue magical freckles, each one worth one wish! But there are only so many freckles…and crazy side effects that come with every new batch! After a flurry of hilarious “wishtakes”, Martin quickly learns how to wish with precision, and he begins a wild escapade of magic-making that wins him lots of a new friends, good grades in school… Then suddenly the SAMS is gone! And all at once, strange things start to happen, like the gym teacher suddenly becoming the school principle. Worst of all, Martin is kicked out of school and his dad gets fired! There's  only a possibility… the gym teacher must have kidnapped the SAMS and is deviously using his freckled powers! Everything seems to be lost, but Martin is stubbornly determined, magic or no magic, to go in search of his caring friend. It might be difficult, but when there's a SAMS, there's a way! 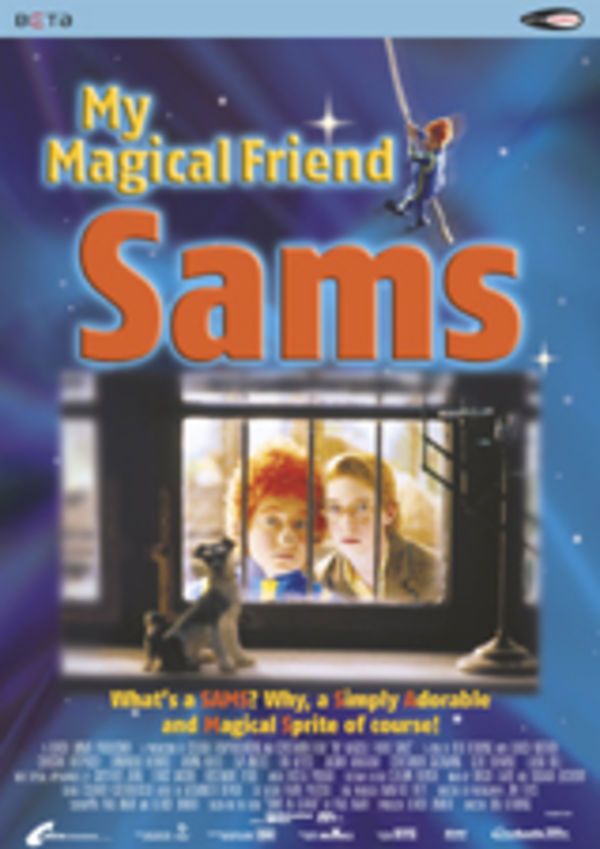