When a talking, communist Kangaroo rings his neighbor's doorbell asking for eggs to make pancakes, a struggling musician has no clue that this is just the beginning of his life turning upside down.

Marc-Uwe is a struggling musician living in a run-down flat in Berlin-Kreuzberg. One day, the doorbell rings and he stands face to face with a talking Kangaroo. Being a staunch communist, the Kangaroo doesn't believe in private ownership and without further ado decides to move in with Marc-Uwe. From now on, the Kangaroo begins to reign over Marc-Uwe's life, challenging him with philosophical questions and getting them both into all sorts of trouble. Despite their differences, Marc-Uwe and the Kangaroo ultimately unite in a struggle against their common enemy: an insufferable right-wing politician and investor, who wants to build the headquarters for his far-right populist party right next to Marc-Uwe's apartment building. So together with their neighbors, Marc-Uwe and the Kangaroo choose to resist and fight. 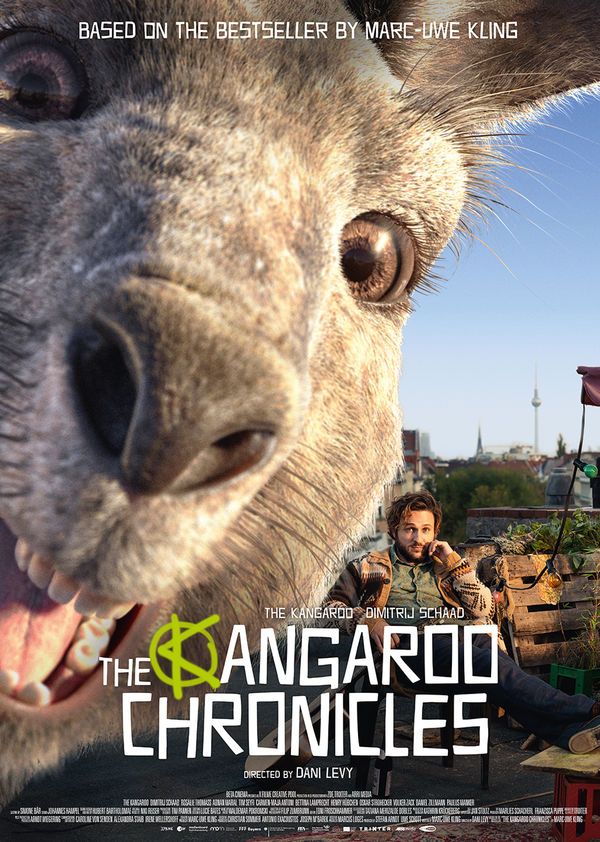 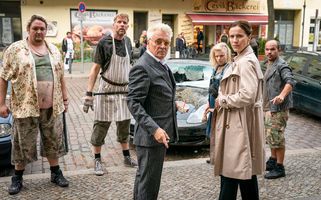 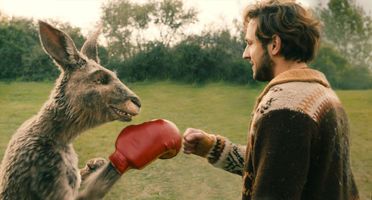 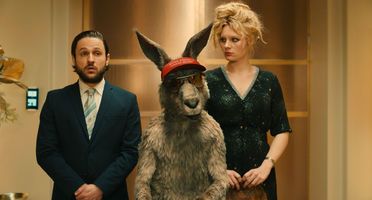 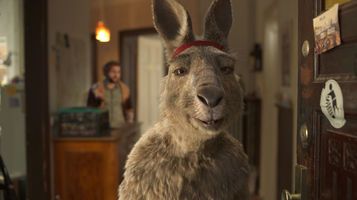 "This selfish, antifascist and anarchist animal is funny, very funny even."
BRIGITTE

"The film remains a wonderful mixture of satire, slapstick and wit, in which everyone finds their level of entertainment."
ABENDZEITUNG

"The kangaroo is not only a critical communist, but above all, cuddly and cool. A big spectacle."
BERLINER ZEITUNG

"A new comedy hit by Dani Levy. A wonderful comedy with just enough fantasy to take a refreshingly satirical look at politics without any annoying pathos."
BILD

"One comes to the conclusion: A life without kangaroos is possible, but pointless."
RBB zibb

"The film offers entertainment for the whole family, partly socially critical humour and an animated kangaroo on confrontation course."
RBB-ONLINE.DE

"The kangaroo is cult. Deservedly so, because the ingeniously computer-animated kangaroo with its cheeky sayings steals the show and makes young and old laugh out loud."
BZ-BERLIN.DE

"The Kangaroo Chronicles sparkle with ideas, quotes, puns and nice details on the edge - for example, the set design. The characters are developed and played with enormous affection, with a brilliant ensemble. Thus succeeds the rare case of a political German comedy."
FILM SERVICE.DE

"Fun for the whole family with likeable characters and an entertaining story."
WEB.COM

"You can appreciate the film for the message that seems to be more important than ever at the moment. Or you can simply sit back and fulfill director Dani Levy's big wish: making popcorn audience films. So just sit back and enjoy it! I give 10 out of 10!"
SERIASTEN.TV

"Probably the wildest, funniest movie of the year."
PROGRAMMKINO.COM 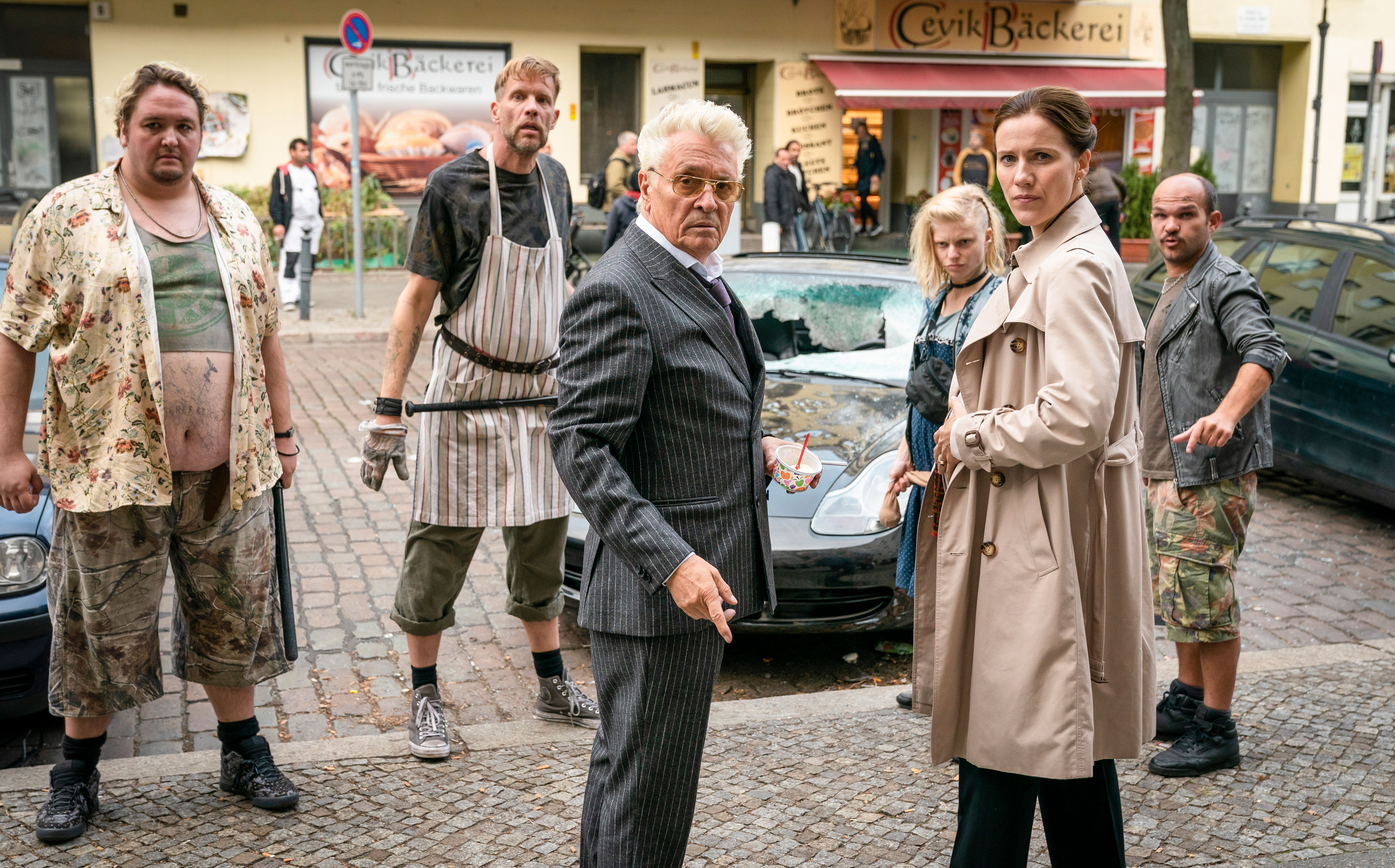 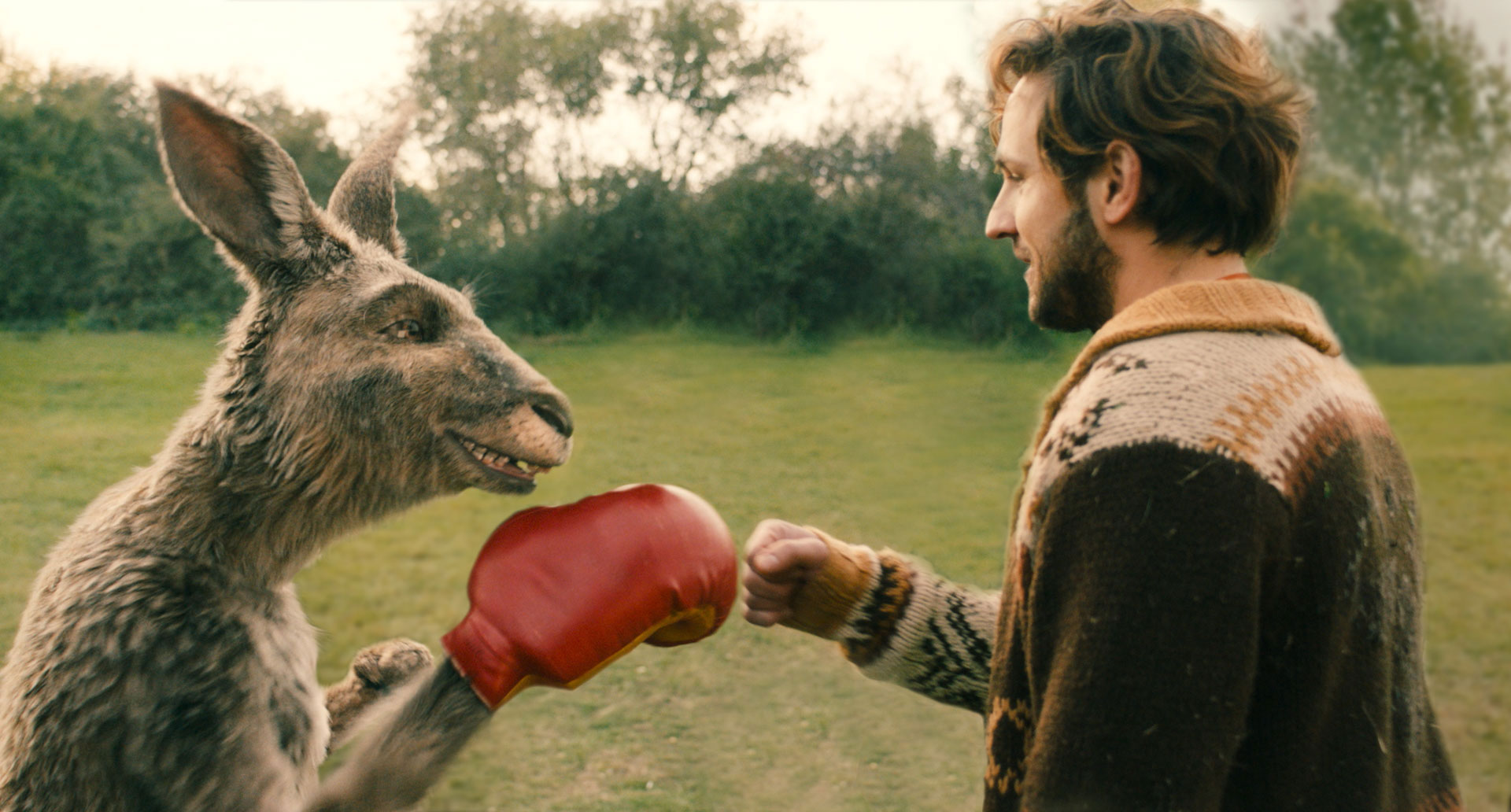 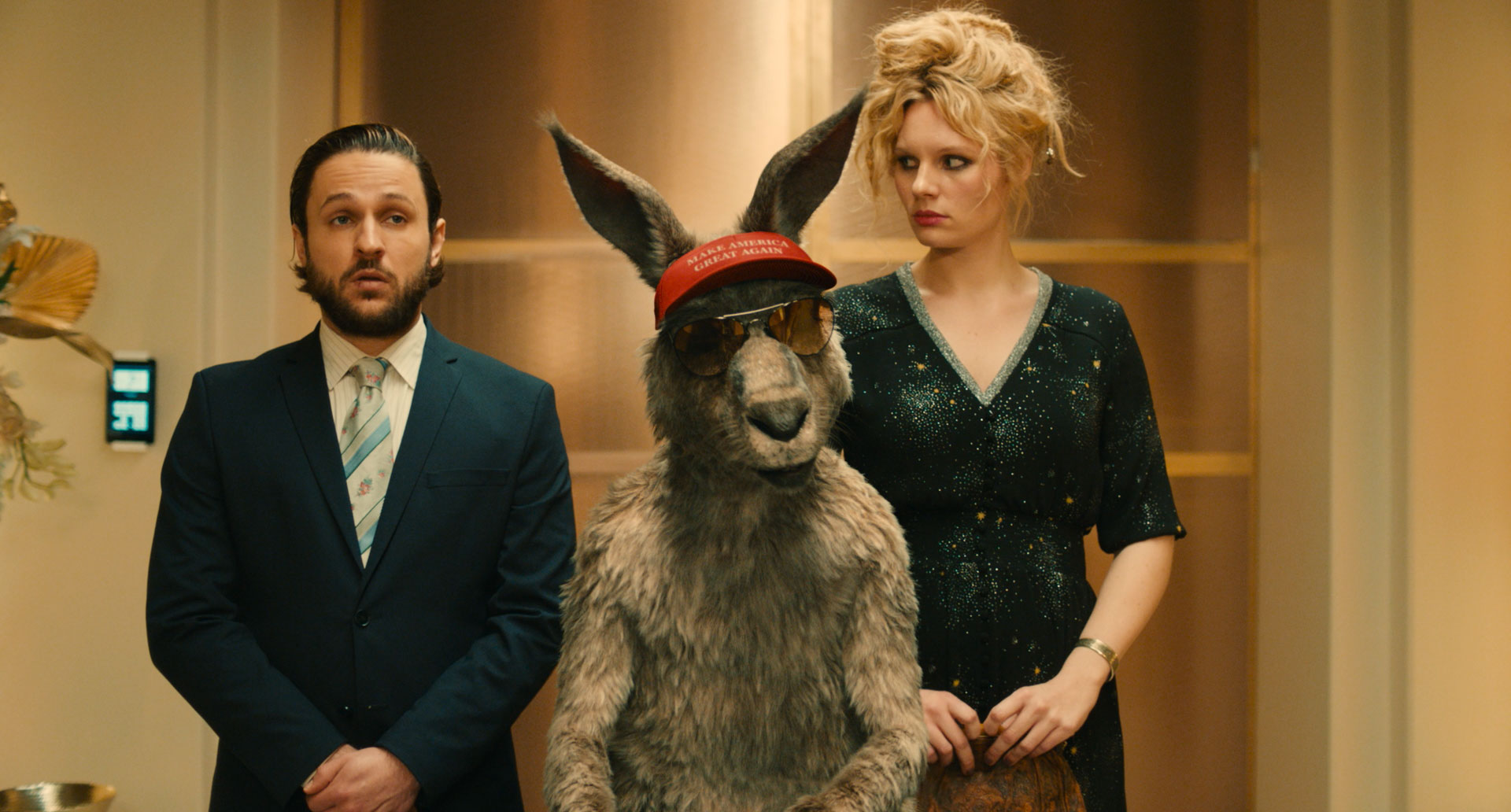 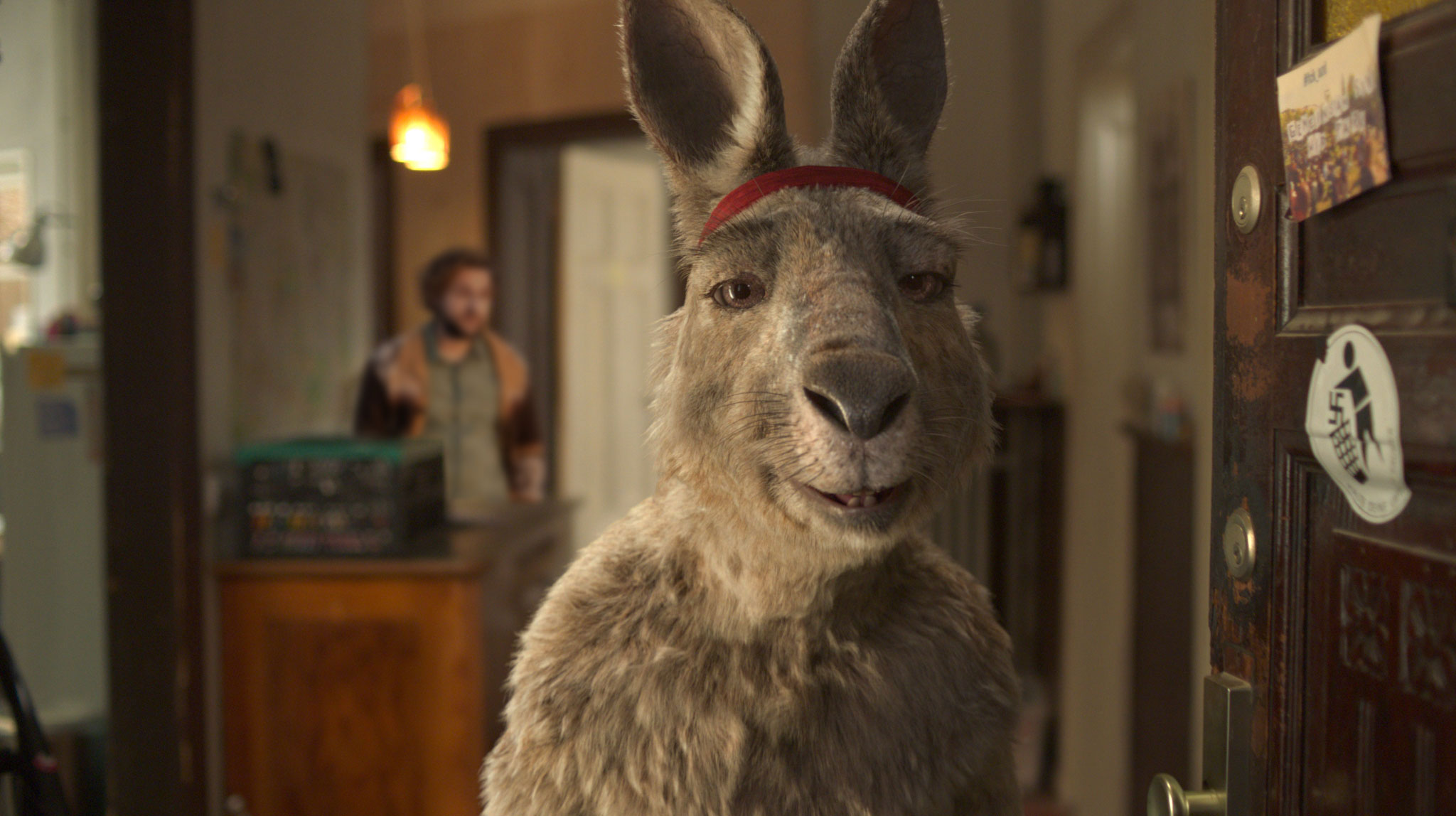