An emotional roller-coaster ride across three periods of German history.From the director of the Academy Award winning “The Lives of Others”, Florian Henckel von Donnersmarck.

Inspired by real events and spanning three eras of German history, Never Look Away tells the story of a young art student, Kurt, who falls in love with fellow student, Ellie. Ellie's father, Professor Seeband, a famous doctor, is dismayed at his daughter's choice of boyfriend, and vows to destroy the relationship. What neither of them knows is that their lives are already connected through a terrible crime Seeband committed decades ago. 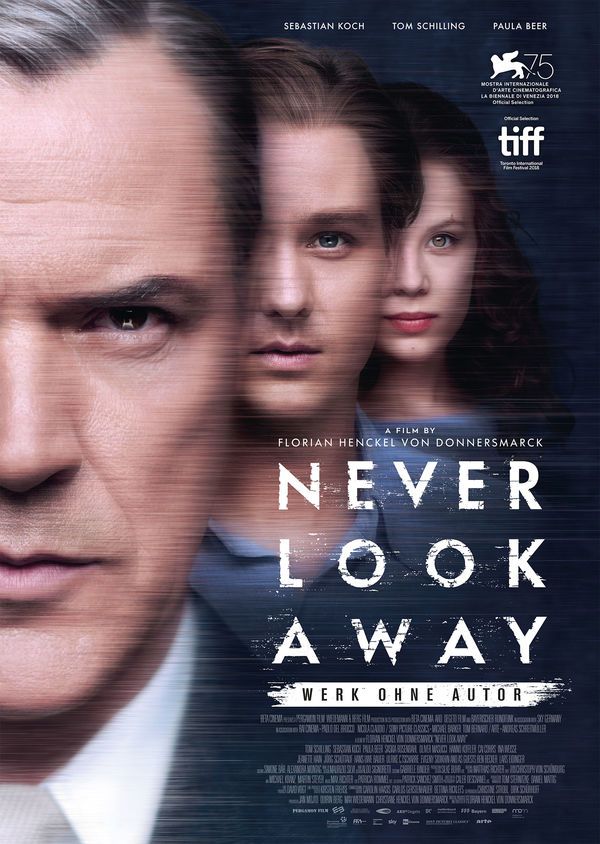 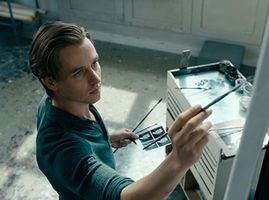 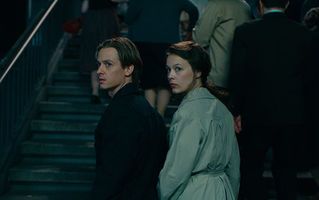 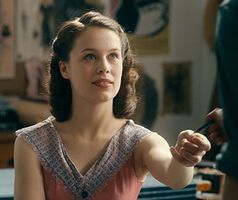 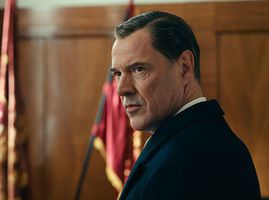 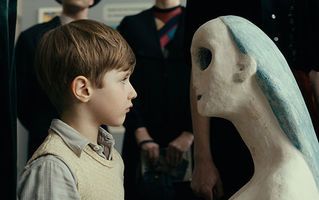 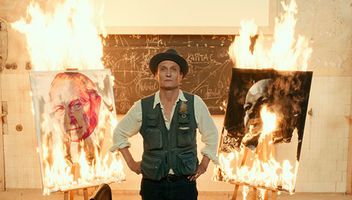 "It's one of the best films of the decade."
NATIONAL REVIEW

“A stunning three hour masterpiece so exhilarating you're surprised anyone can still make cinema so good. It is one of the best movies I've ever seen in my life. At the Saturday screening at the Ryerson, the standing ovation was thunderous with applause and screams of “Bravo!” If you really like cinema, movies, film, this is the one we've been waiting for. The actors are sensational. Every Academy and Guild member must see this ASAP. This is it – this is why we do it.”
SHOWBIZZ 411

“A galvanizing movie about art and freedom” ,"An epic, intergenerational tale of art, love, tragedy and politics spanning three turbulent decades of 20th-century German history. It is all about the three-way tussle between art, history and politics, though in form as classical and dignified a drama as you will meet. One of the subtler strengths of "Never Look Away" is the canny evocation of a war-weary, defeated population who did not experience communism as a revolution but a substitution."
VARIETY

"Schilling can command the film with such quick, quiet intelligence and grace. With Caleb Deschanel's honeyed, warm-toned photography taking a romantic view of production designer Silke Buhr's immaculately authentic world-building, and the attractive cast who people it, the film is polished by Max Richter's stirringly heartfelt score."
VARIETY

“The biggest surprise of Venice 75 was the return of THE LIVES OF OTHERS wunderkind Florian Henckel von Donnersmarck to the winners' circle. A gorgeous example of provocative storytelling, photographed with a richness that recalls the Douglas Sirk ‘50s classics, NEVER LOOK AWAY has the pacing of the best Hollywood postwar melodramas. [...] Nothing more should be said except: See it!”
BOSTON HERALD

"This is a historical drama on an expansive canvas that is always engaging. It's refreshing to see a large-scale narrative play out over several decades rather than a story that is set either before, during or after the war, so the continuity between the periods is highlighted as much as the radical changes."
THE HOLLYWOOD REPORTER

"This is a marvel, with Caleb Deschanel's classy and always luminous cinematography and Silke Buhr's grandiose sets both giving the impression that the real story is always larger than just what's happening to the characters. Paula Beer further consolidates her reputation as one of Germany's brightest young talents and her likeness to the equally good Rosendahl is striking."
THE HOLLYWOOD REPORTER

"It's a huge subject, and Donnersmarck tells it in a way that is slow, languid and ravishing, with cinematographer Caleb Deschanel casting a glow over good times and bad.There's an elegance and richness that sustains “Never Look Away. And in the end, Donnersmarck has it both ways: He's sentimental and he's provocative, a craftsman who has something to say.”
THE WRAP

"Sony Pictures Classics really scored with the Venice, and particularly Toronto debut of NEVER LOOK AWAY, the German entry from Oscar-winning director Florian Henckel von Donnersmarck. The afternoon screening at the Ryerson that I attended had one of the most enthusiastic standing ovations I have yet seen at any TIFF. It went on and on."
DEADLINE Awards Columnist and Chief Film Critic Pete Hammond

“A funny, bouncy life story of a German artist between 1937 and 1967 [...] It's elevated by its likable characters and gentle but charming sense of humour.”
ONE ROOM WITH A VIEW

"Donnersmarck creates emotionally charged images and crafts a thrilling opus. The film beautifully depicts how the attitude towards progressive art doesn't really change during the transformation from fascism to GDR-socialism."
DER SPIEGEL

“Florian Henckel von Donnersmarck is back – and with a big fanfare! His artist drama NEVER LOOK AWAY will represent Germany in the Venice competition and at the Oscars – and it's absolutely worthy of that. A thrilling film, conceived on such a wonderfully and unrestrained large scale, that is very, very rarely seen in German cinema.”
FILMSTARTS

At 1am at night the cinema exploded with applause. A 13 minute standing ovation from the 1000 guests. I sat next to the art icon Peter Raue who sighed with gleaming eyes: “Simply magnificent.” If you only go to the cinema once a year, make sure you watch this epic film.”
BILD 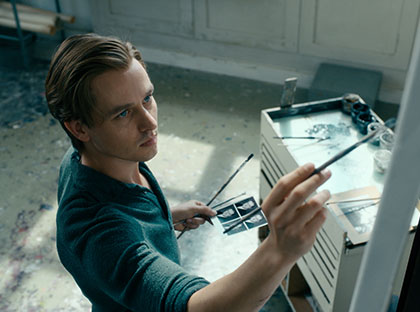 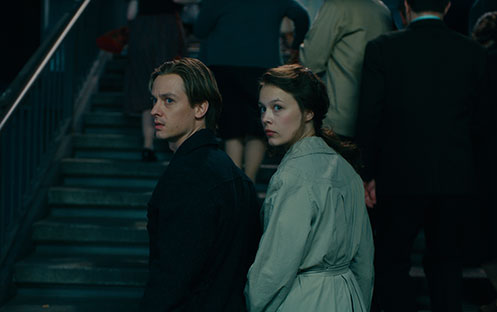 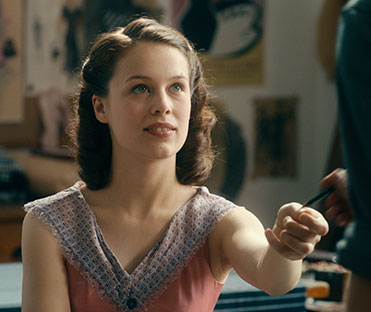 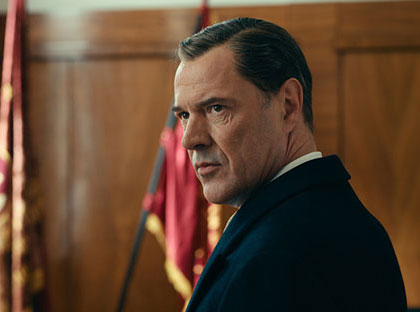 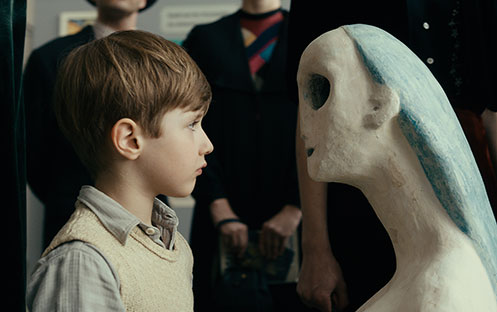 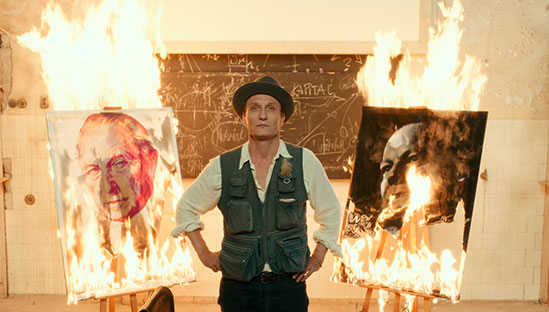