After the shy and reclusive Christian loses his job, he starts to work for a wholesale market. Bruno from the Beverage aisle takes him under his wing and quickly becomes a fatherly friend to him. He shows him the ropes and patiently teaches him how to operate the fork lift. In the aisles he meets “Sweets”-Marion. He is instantly smitten by her mysterious charm. The coffee machine becomes their regular meeting point and the two start to get to know each other. But Marion is married and Christian's feelings for her seem to remain unrequited, especially when Marion does not return to work one day. Christian slowly becomes a member of the wholesale market family and his days of driving fork lifts and stacking shelves mean much more to him than meets the eye. 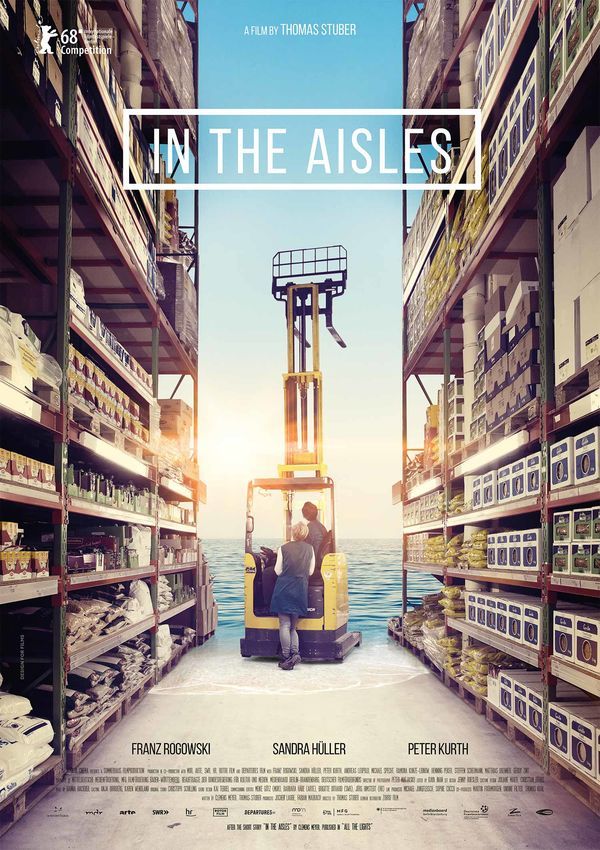 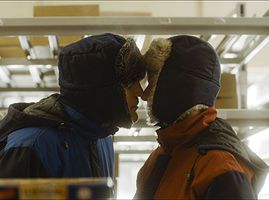 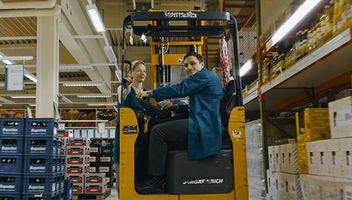 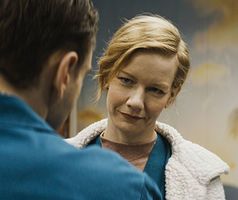 “We could spend forever watching two such interesting actors as Hüller and Rogowski glimmer at each other, his bashful hopefulness meeting her considering eyes, which are strangely serious however merry or mischievous her expression.”
VARIETY

“Distributors twiddling their thumbs for the next from Aki Kaurismäki could be alive to this film's potential. With the aid of affecting performances and a good eye for the virtuoso moves of a forklift truck, director Thomas Stuber mines the magical in the mundane.”
SCREENDAILY - 3 out of 4 stars

“Just when you think a film about supermarket workers can be light, boring or uneventful, IN THE AISLES will certainly change your mind. A touching, surprising and intelligent crowd-pleaser with great commercial and art-house prospects.”
AWARDS WATCH – Grade: A

“A poignant and richly sympathetic film. An utterly engrossing and richly humane workplace drama.”
THE GUARDIAN - 4 out of 5 stars

“A lyrical portrait of emotionally damaged misfits sharing a soulless working environment in contemporary East Germany, IN THE AISLES is full of tender observation and humane empathy for its downtrodden protagonists.”
THE HOLLYWOOD REPORTER

“IN THE AISLES is quiet, poetic, humorous, touching, staggering…but most of all outstanding.”
FILMSTARTS - 4,5 out of 5 stars 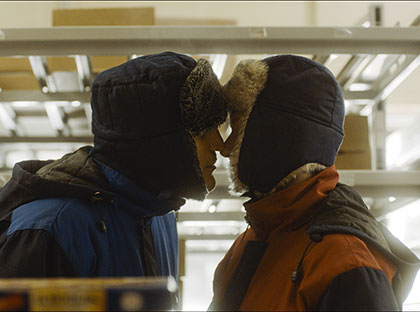 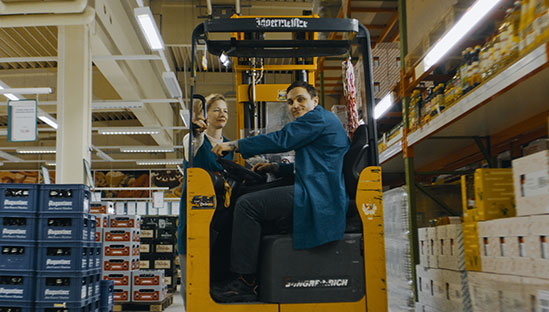 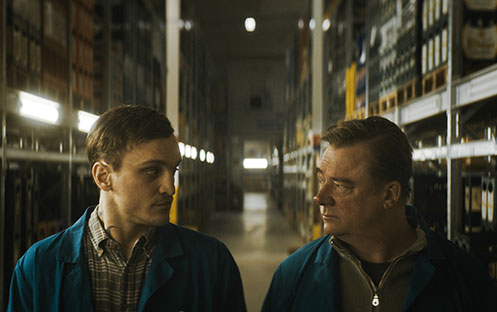 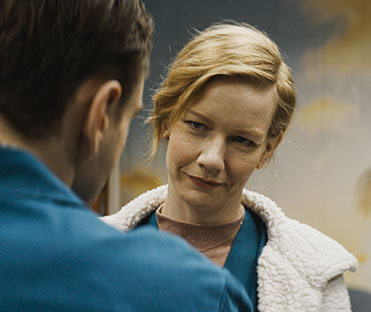