A fascinating look at Munich's legendary river-surfing community, a group of six very different characters who all share a passion for going against the flow.

The story of an unlikely passion in a place that a large part of the world only knows as Oktoberfest City: Munich has become the home of a surfing crowd of urban individualists who pursue their dream by riding a river wave far from the ocean. "Keep Surfing" portrays six surfers of the Eisbach hardcore: Dieter, who was among the first to discover river surfing in the late 60s and still rides the waves every day with his two grown daughters. Walter, a working-class philosopher who now lives as a kind of lone wolf in Sardinia, where he rides his own wave every day. Golden boy Quirin, who has become a surf pro and global nomad – even though his heart still beats for Munich, where everything started. Among those who joined the local community is surf punk Eli Mack, for whom river surfing is a way back to the roots of surfing. And surf legends like Kelly Slater, Ross Clark Jones, and Taylor Knox have tried their luck on the Munich river wave. 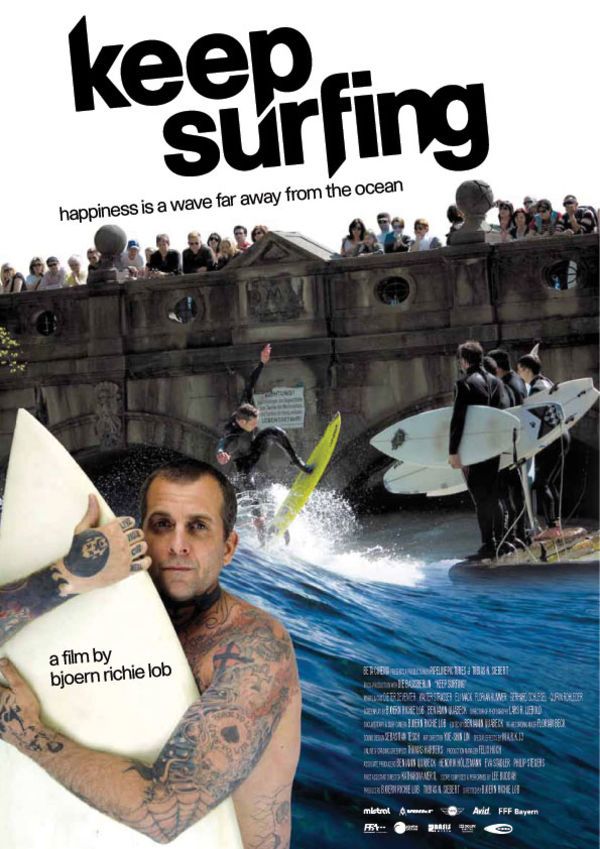 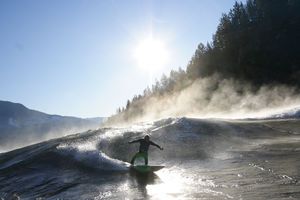 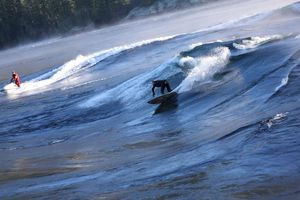 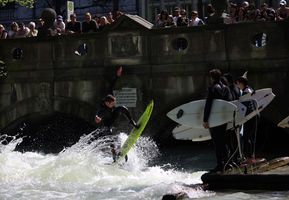 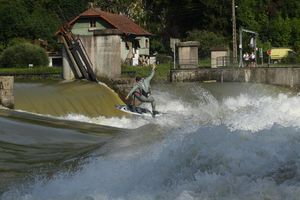 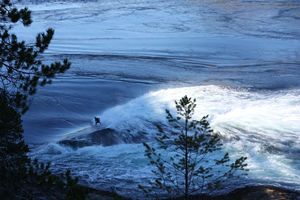 "Björn R. Lob invested more than five years of work and passion in this adventurous project. His mission has paid off. He's shot spectacular scenes with high-speed cameras. It's a documentary that has everything surfing consists of: great pictures, dramatic stories, moving feelings."
Programmkino.de

“Keep Surfing” is a look at a sports subculture — one that's fascinating, frivolous or both — that should be an audience favorite.
...

The river surfers of Munich, a politely bohemian bunch who drop in on the standing waves created when streams pass over rapids or through obstructed channels. It's an oddly stately endeavor: the practitioners more or less surf in place, facing upstream and doing 360s and cutbacks across the face of the oncoming but stationary wave."
New York Times

“A fast-paced and dynamic film, “Keep Surfing,” by Surfer and first time director Bjoern Richie Lob, gives new meaning to surfing by taking a back seat to the ocean and hitting the river…Breathtaking shots capture the surfers in action, performing hang-tens, laybacks and 180/360s with sublime style..”
REVIEW FIX

“The film has become a rousing, exciting, witty and, above all, emotional documentary, in which the viewer senses in every second the participants' love of surfing and, to a certain extent, of Munich too.”
DPA

“A grandiose film [...] With his low budget, the director has managed to make an impressive film that says more about the soul of surfing than many a multi-million-dollar production from America.”
FAZ

“Every festival has films that open one's eyes anew. Björn Richie Lob's documentary ‘Keep Surfing,' which was frenetically applauded at its premiere, is such a discovery.”
Süddeutsche Zeitung 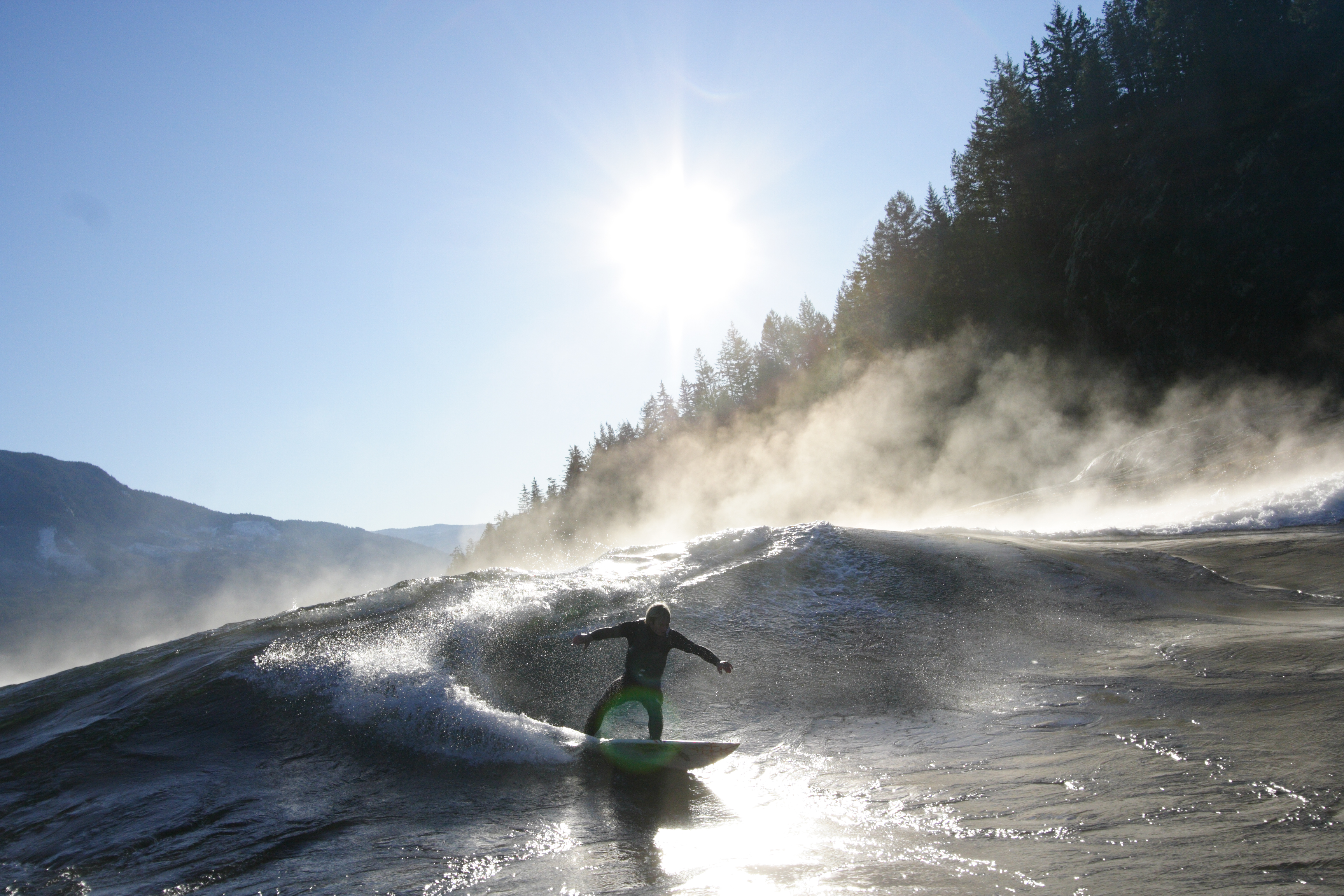 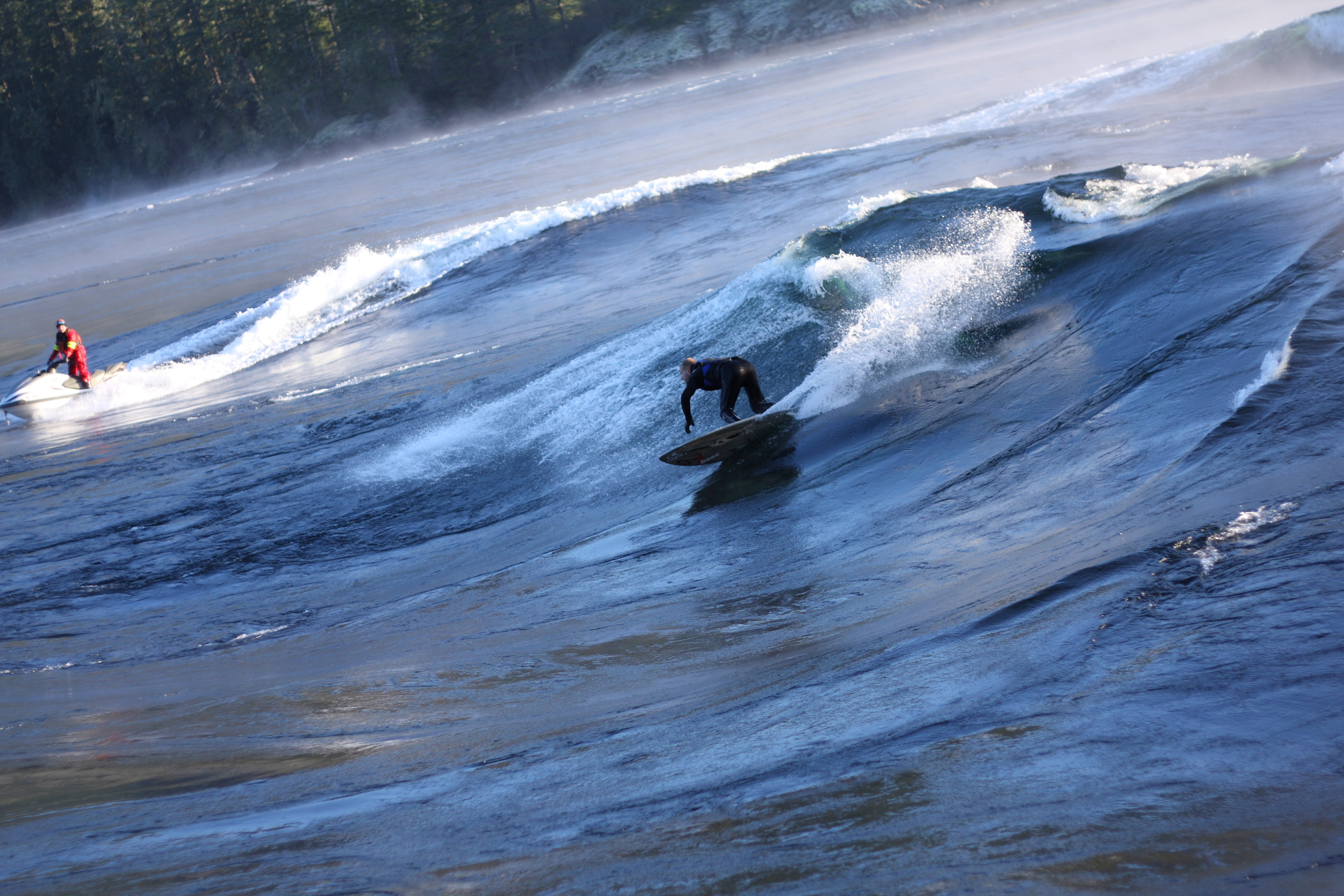 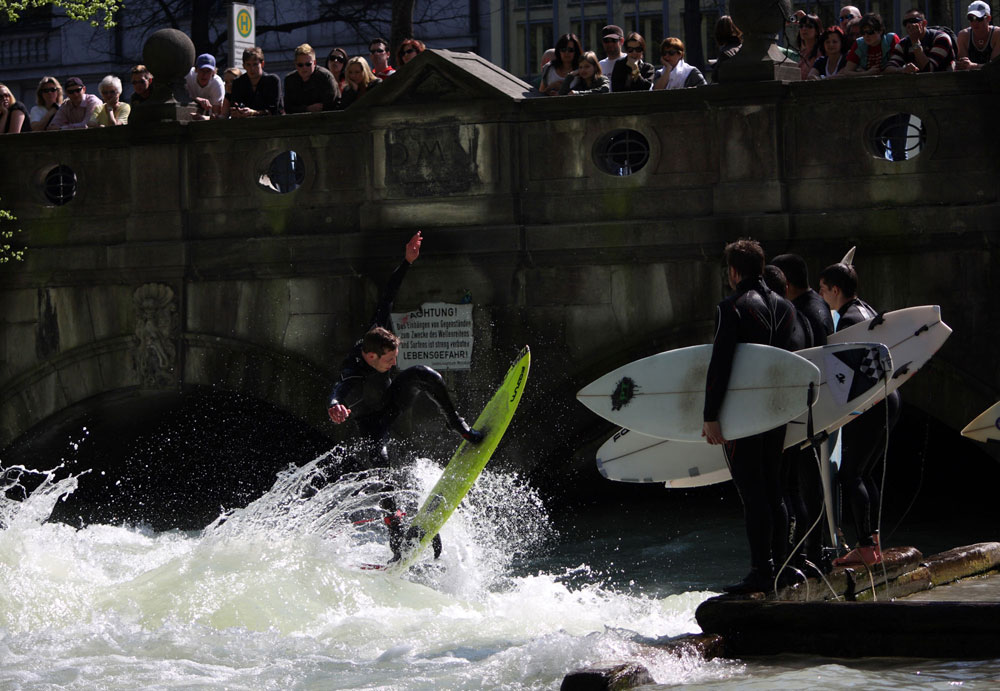 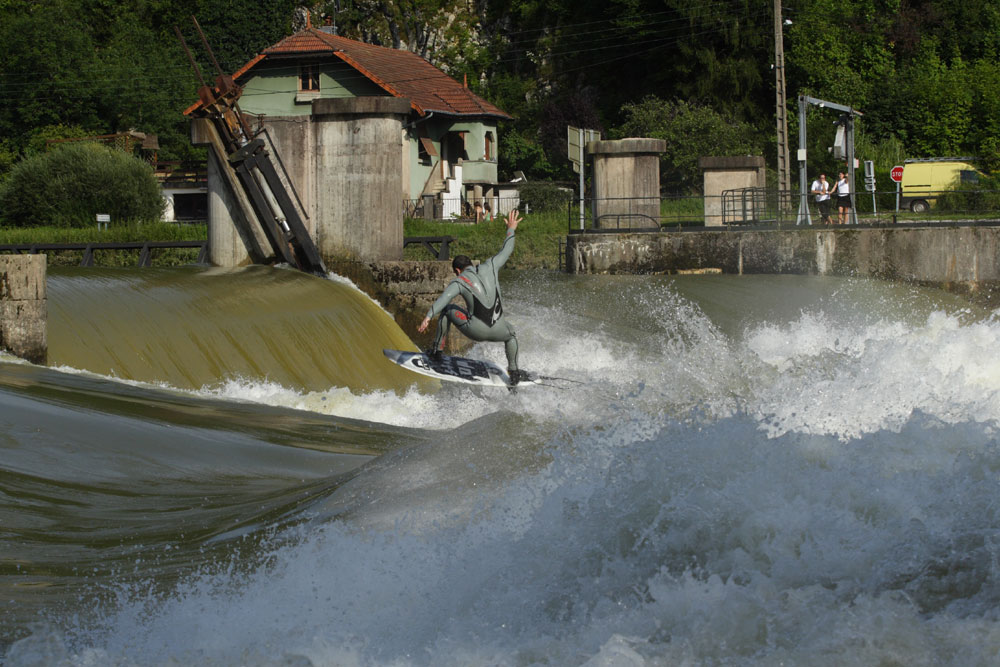 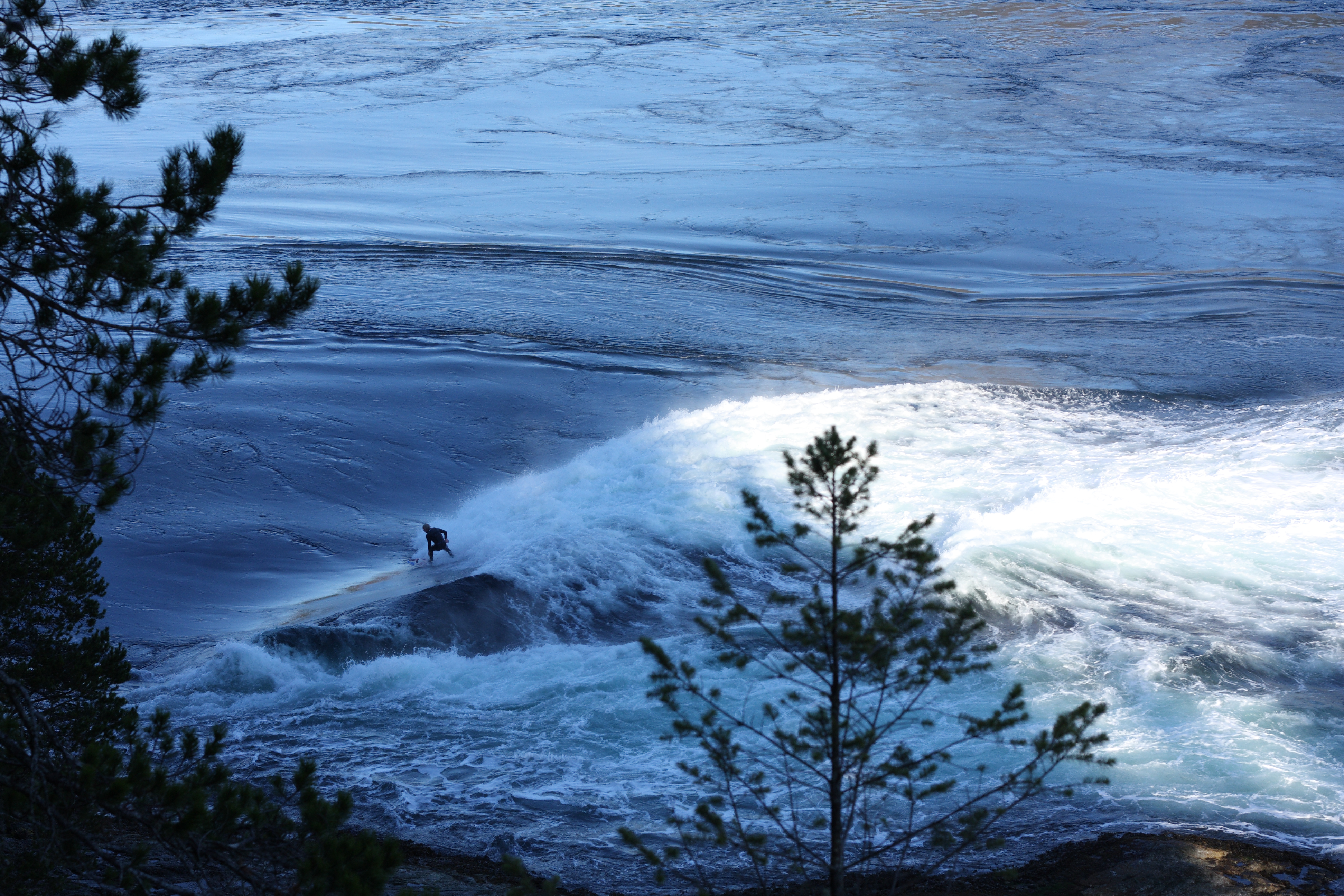