When German submarines attack their merchant ship at the outbreak of WWII, two Norwegian sailors try to survive, hoping to see their families ever again. From Norwegian production powerhouse Mer Film (The Innocents, Flee, What Will People Say, Birds of Passage).

Alfred Garnes is a working-class sailor, who has recently become the father of a third child. He and his childhood friend Sigbjørn Kvalen (Wally) are working on a merchant ship in the middle of the Atlantic Ocean when World War II breaks out. They are unarmed civilians on the front lines of a war they never asked to join. The two men struggle for survival in a spiral of violence and death, where at any moment German submarines may attack their valuable vessels. The war sailors have one goal: to survive – and to return home.Meanwhile, Alfred's wife Cecilia struggles through the war alone in Bergen, raising three children on her own, not knowing whether she will ever see Alfred again. When British aircrafts attempt to bomb the German submarine bunker in Bergen, they instead hit the primary school at Laksevåg and civilian homes at Nøstet, resulting in hundreds of civilian deaths. When the news reaches Alfred and Wally in Canada, they wonder if they have anything left at home to return to. 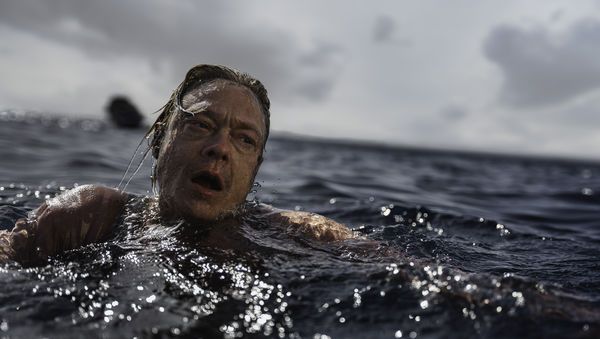