This is the inside story of the Camorra, the fierce Neapolitan crime organization, told through the eyes of 30-year-old Ciro, the right hand of the clan's godfather, Pietro Savastano. Season 1:Like no one else, Ciro knows what it means to be a loyal clan member. But when clan leader Pietro decides to sacrifice the lives of many of his own only to make a bloody statement to rival clan boss Salvatore CONTE, something dies in Ciro – for one of the many victims of the forced bloodshed is his foster father ATTILIO, himself an ever-loyal clan member. Still, when Pietro is sidelined by a long jail sentence, Ciro's own code of honor forces him to obey Pietro's orders to be a mentor first to Pietro's son GENNARO, then to his wife IMMA – both seemingly inept to hold the reins of power but learning quickly... With his back against the wall and knowing that sowing the seeds of chaos is the best method to yield a new order, Ciro finally forges a secret pact with the clan's worst enemy, Conte, resulting in relentless bloodshed outside and inside the Savastano clan but, finally, the desired new order, with Ciro as the new godfather. But is he really? Pietro, seemingly having gone crazy in his endless months of solitary confinement, escapes while being transferred to a mental clinic. Suddenly, his eyes are clear, vivid and fierce again – forecasting a vendetta bloodier than any Naples has ever seen…Season 2:The era of the Savastano clan, that once undisputedly reigned over Naples, seems to be hopelessly over: the clan's godfather Pietro Savastano has lost his mind behind bars, his wife Imma and son Genny shot by Pietro's own former right-hand man Ciro. But Pietro's mental illness was only a ploy for him to escape, and when he does, he will seek to take back what was once his. In the biggest power vacuum ever in the history of the Camorra, many are now vying for what once was the Savastano kingdom, first and foremost Ciro “l'immortale”, and his rival turned ally, Salvatore Conte. Building on power, charisma and raw force, Ciro and Conte preside over a new-found, brittle alliance and will stop short of nothing to impose their will, especially against the few remaining die-hard Savastano faithfuls who now live secluded and hopeful of Pietro's resurrection. Not to forget for one second: Genny during whose reign the empire built in decades of hard work by his father collapsed. But he has escaped death and is back on stage. Pietro, Genny, Ciro and Conte: four men in a violent web of blood and love, hatred and revenge. A network to which the new and every bit as ruthless seek admission; a network where social skills harbored by the smartest and most beautiful young women can travel well and far. Orphaned at an early age and self-sufficient for herself and her younger siblings, Patrizia is one such woman. Malamò, her uncle and Don Pietro Savastano's lieutenant, is very appreciative of the valuable information her attentive eyes and ears pick up at her Secondigliano main street fashion boutique. Or Annalisa, misnamed “Scianel” (for Chanel), the key drug pusher in a market she inherited from her brother Zecchinetta, when he was eliminated by Genny's men in the first season. Her raw and untrusting character, combined with an instinctive, street-smart intelligence makes her a natural, ruthless leader.Season 3:With the Godfather Don Pietro murdered, there is a void to be filled in the underworld of Naples. His son Genny takes control, using the opportunity to settle old scores. The survivors of the remaining factions, exhausted by the warring and massive police pressure, have suffered drastic financial losses and make peace. And with Avitabile in prison for another year, Genny now has to reign over North Naples and Rome. Ciro, on the other hand, has had his revenge but his dreams and his family have been destroyed. He decides to leave everything behind, travels to Bulgaria and goes to work for the big-time drug dealer Valentin. But when Ciro has to return to Naples, he forms a new powerful partnership with the young and ambitious Enzo; a light that was once extinguished in Ciro's eyes reappears. Enzo, with Ciro's help, learns how to be a real boss and to take what he is entitled to. It is a time of drastic change for all of them. Once they started out as street-level drug dealers. Now they are casting their net way beyond the city of Naples and the borders of Italy.Season 4: After a shocking Season 3 finale, Genny and Patrizia must now establish a new balance of power, while Enzo and Valerio confirm the leadership of their gang in downtown Naples. All of them will be faced with new threats and ruthless enemies. Genny will have to make difficult decisions to protect his family and resolves that it is time to change. Trying to rehabilitate himself within the community, he enters the business world and distances himself from old acquaintances. His rise to the top will take him to London, with his money at stake and with Azzurra increasingly involved in the Savastano empire. The epic crime saga continues! 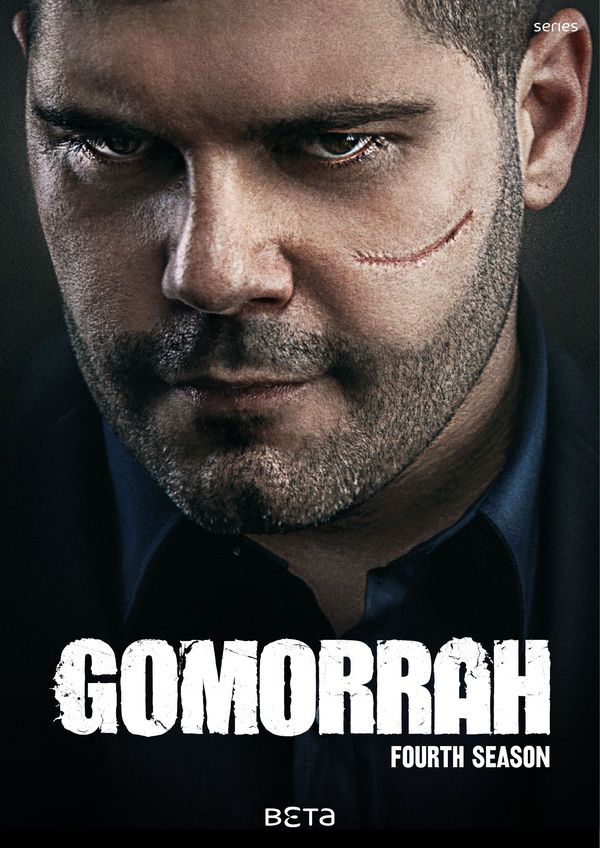 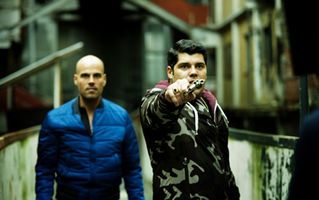 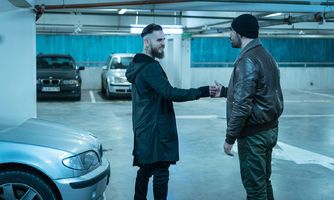 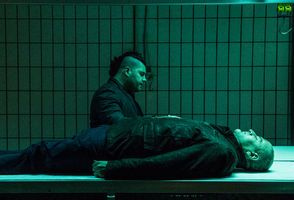 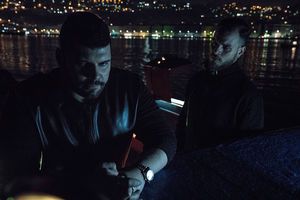 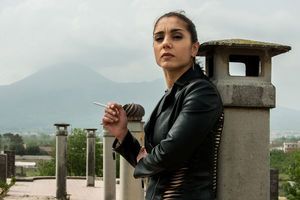 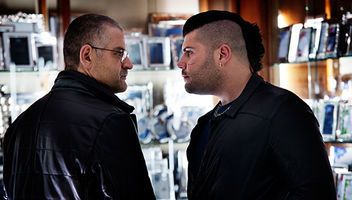 "It's dark. It's beautiful. It's addictive. It's Gomorrah."
DEADLINE 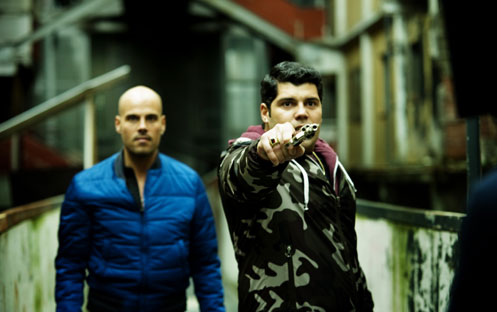 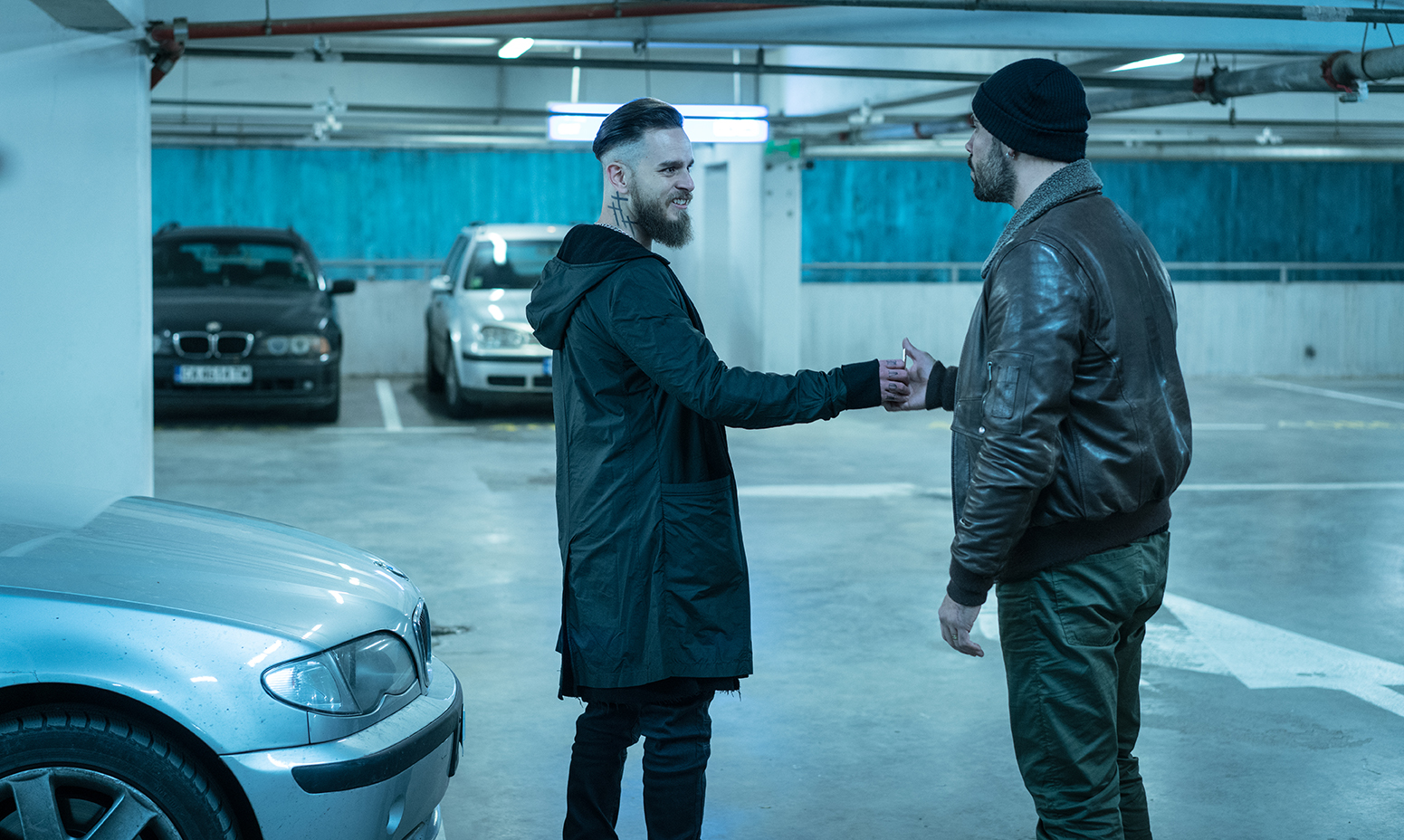 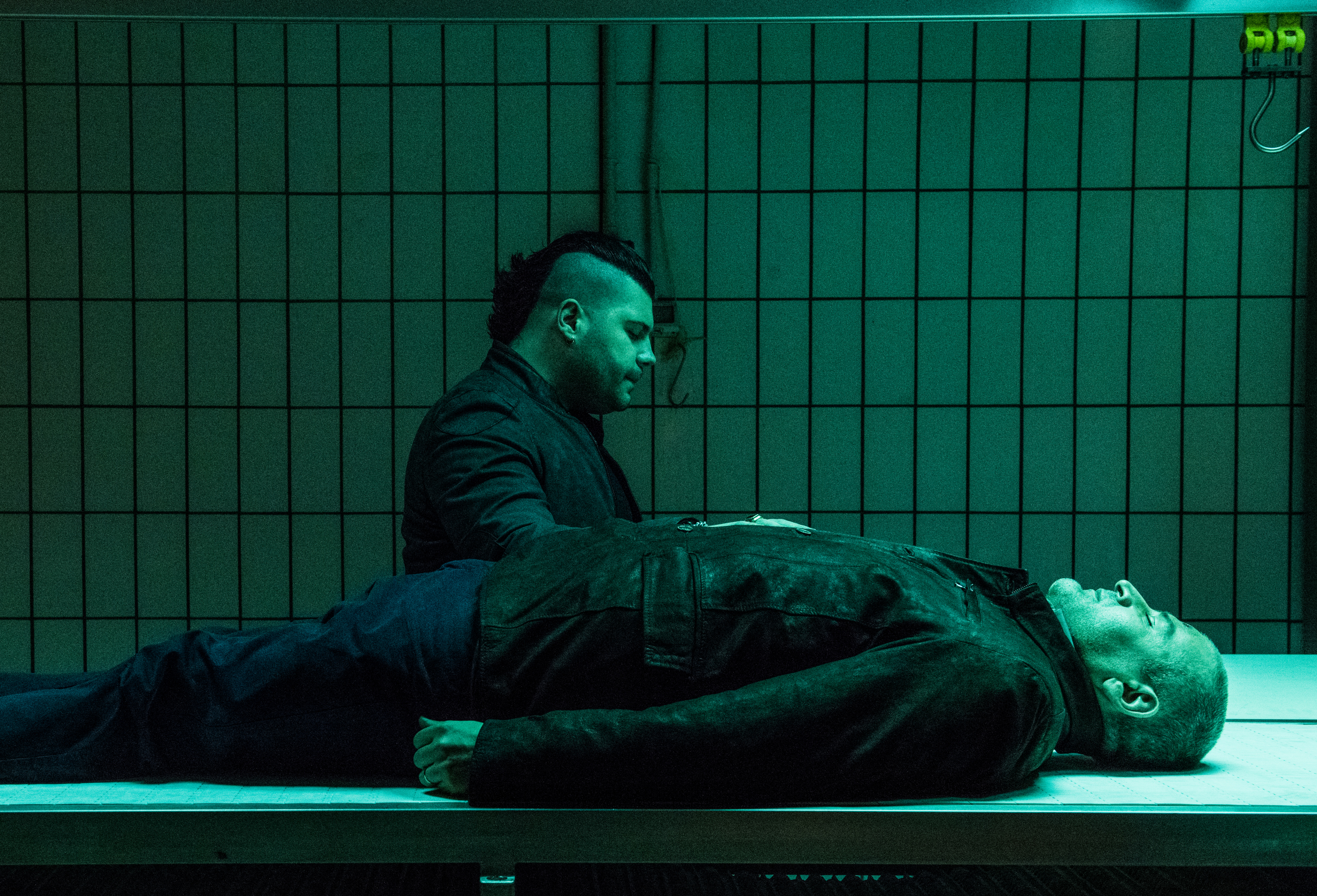 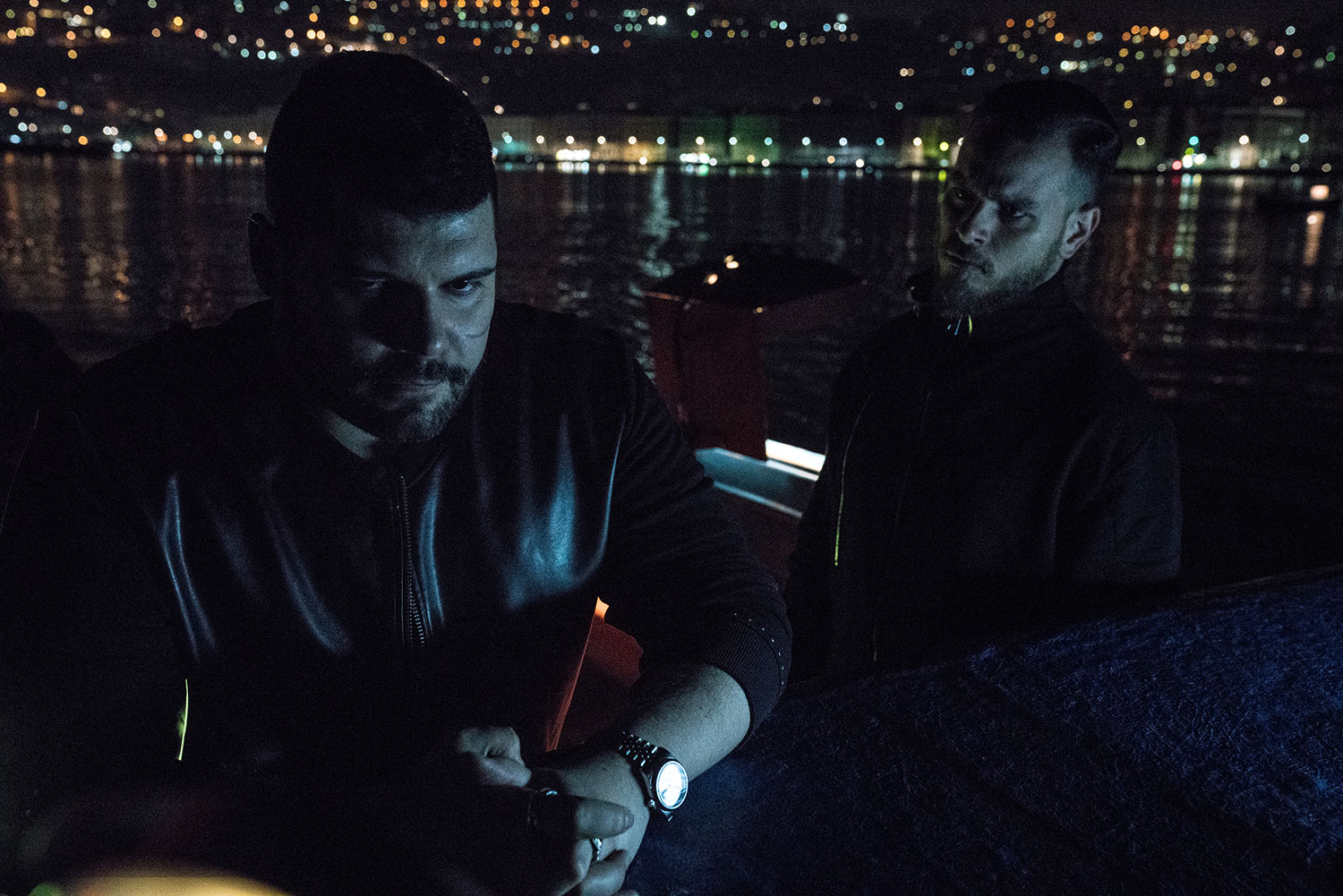 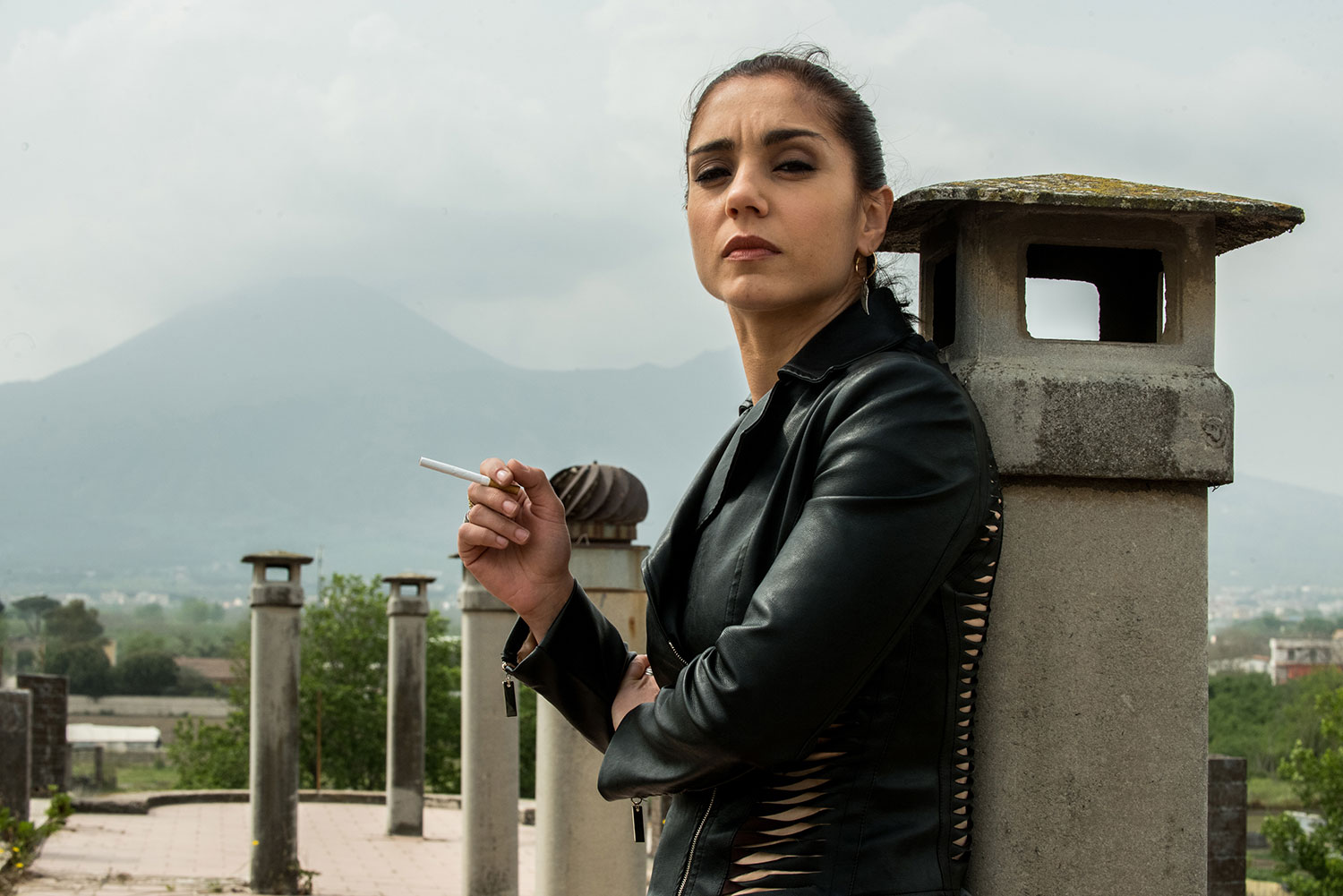 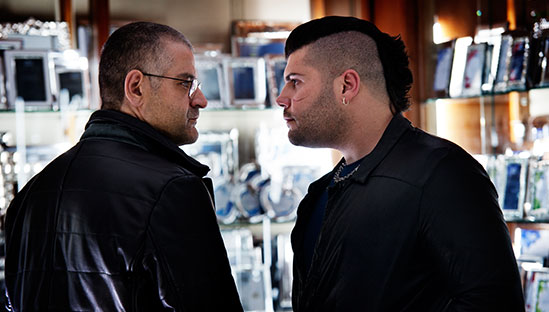